A fixture of the New York architecture scene for decades, Belmont Freeman, AIA, is an architect, curator, preservationist, and scholar. Known as Monty to friends and colleagues, he founded his own firm in 1986. In the nearly 30 years since, he has completed a variety of residential, commercial, and institutional work throughout the city, including a number of projects at Columbia University, where he teaches a design studio within the Historic Preservation program. Belmont Freeman Architects has been engaged in an ongoing restoration of The Four Seasons restaurant, a favorite haunt of architects, inside Mies van der Rohe’s Seagram Building. Other current work includes a house on Martha’s Vineyard and several New York City Department of Design and Construction projects under its Design Excellence Program. 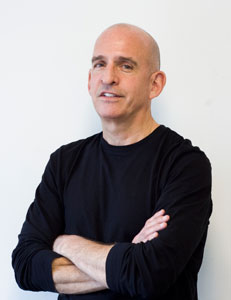 Interior Design: This year saw the opening of a revamped Tavern on the Green. Your firm is responsible for the restoration of the Philip Johnson-designed Four Seasons. What are the challenges of taking on such an iconic piece of New York history?

Belmont Freeman: When you’re working on an interior as significant — and beloved — as The Four Seasons, you know that many critical eyes will scrutinize the results; which is to say that if you mess up, the consequences will be dire. I’d say that the mark of success in this type of restoration comes when people sense that a room is somehow improved, but they can’t say exactly how. Up to now our effort has been in the refurbishment of finishes, metalwork, lighting — subtle stuff. I look forward to people’s reactions when we install the custom carpet that we’ve designed; a riff on one of PJ’s over-scaled plaids from the 1960s. That will give the place a jolt of energy.

ID : You’ve been very vocal about the current owners’ decision earlier this year to remove the large Picasso curtain, Le Tricorne (1919), from the Landmarked restaurant. How important was the public outcry in saving that work and what do you think its ultimate fate is?

BF: Well, as we have seen, the public outcry did not ultimately prevent the removal of the Picasso curtain from the restaurant. Supposedly the piece will undergo conservation and be housed at the New York Historical Society, a peculiar and inappropriate place for it to be. The truth is that this painting is hardly one of Picasso’s best (MoMA didn’t want it) and its cultural value lay in its location at The Four Seasons; an integral component of the artistic tout-ensemble of the restaurant.

ID : Your firm does as much preservation work as new construction. Which is easier to get done in New York City?

BF: We are lucky to have a broad mix of project types in a pretty even mix of new construction, renovation, and historic preservation. The new construction is definitely the easiest because there are fewer constraints, especially as compared to work on a Landmarked structure — but even though it’s the most difficult thing to do, I have had the most fun designing very modern interventions into historic structures and urban contexts.

ID : You’ve had your practice for almost thirty years. What has changed the most about practicing architecture in New York City during that time?

BF: The economics. Construction costs keep going up inexorably, which can make the control of budgets and client expectations a nightmare. Unfortunately, the architectural fees (and the salaries that I can pay my employees) have not gone up commensurately.

ID : In general, is it a better [or worse] climate for design?

BF: The climate for design is the best that it has been in years. While I deplore the growing income inequality in our society, the fact is that there’s a lot of money washing through New York, which makes for some appealing design opportunities, including public work. At the same time, I think that architects and their clients were generally chastened by the recession, so we’re not seeing such ridiculous excess as in the boom years of the 1990s and early 2000s.

ID : You work throughout the five boroughs, with large projects in Queens and even Staten Island. What are some architectural gems and places worth visiting outside of Manhattan?

BF: We are currently working on the renovation of a Landmarked fire house in the Bronx. I was recently on site, and afterwards I walked though the Mott Haven Historic District on my way to the subway. I was blown away by the beautiful old houses in the neighborhood. New York is full of wonderful neighborhoods.