Memo from Prague: People Are Talking About

The biggest architectural news of late in Prague is what’s not there: the proposed Czech National Library in the Karlin neighborhood by Jan Kaplicky of Future Systems. The building, looking like a giant purple and gold blob or octopus, roused enough disdain from Prague’s conservative city council and a large swath of residents that the project is currently stalled. 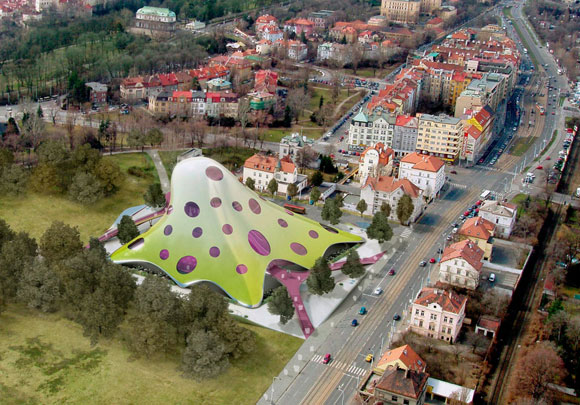 Design and architecture observers in Prague are talking a lot about the future of design in the Czech capital. The annual designblok conference, taking place every October since 1999 and inspired by Milan Design Week, features furniture, lighting, fashion, jewelry, and interior designers.

Alternatively, in June 2013 the fifth-annual Architecture Crossroad conference had one particular agenda: to resurrect socialist-era architecture and design in then-Czechoslovakia. The conference focused on the socialist years, 1948-1989, and set out to underscore the achievements, beauty, and functionalism of architecture of the period, which has since been maligned by architects and designers. 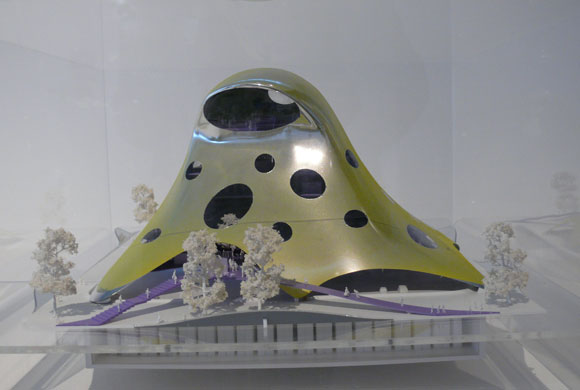 Jan Kaplicky’s divisive wacky design for the Czech National Library may never be a reality.  If it had come to fruition, the building would have changed the Prague skyline. Image courtesy of Future Systems.