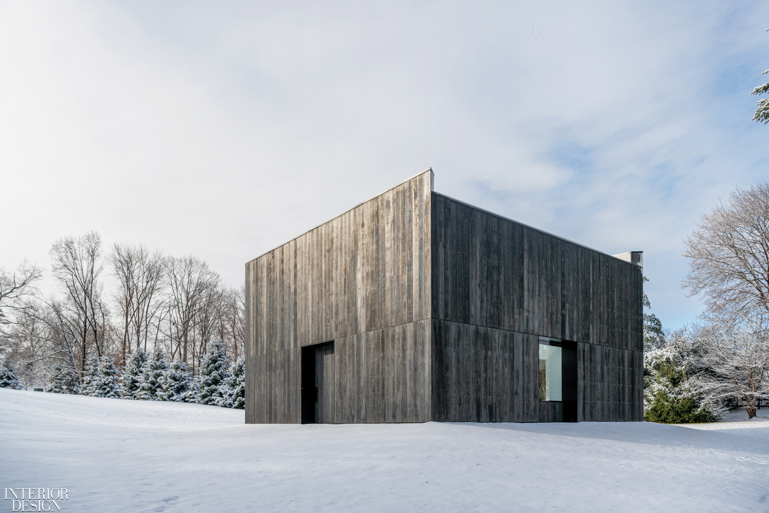 When OLI Architecture co-founder Hiroshi Okamoto was approached by the Gagosian gallery for a site-specific installation, details were sparse. All he really knew was that it was to hold a significant piece of art on a private collector’s estate in Bedford, New York. Only after earning the commission did Okamoto learn that he had been recommended by the artist himself, Richard Serra; the two had collaborated on a different project in 2011. This time, it was for the
architect to design an 830-square-foot structure to contain Serra’s monumental London Cross (2014). “Our task was to build an environment to best experience the piece,” Okamoto recalls. The sculpture is comprised
of a pair of weathering-steel plates, each 7 by 40 feet in height and length but only 21/2 inches thick, that cross and balance
at one dramatic weight-bearing point. To “heighten but not interfere” with the work, Okamoto continues, he surrounded it
with a minimalist, double-height envelope of poured-in-place concrete flooring and white hydrated-lime walls, the latter not only
abutting the plates at their ends but also helping to hold them in place. “The structure and sculpture are one and the same,” he adds. To address competing demands from client and artist—that the pavilion be open and to avoid any unnecessary shadows on the sculpture, respectively—the OLI team conducted an analysis of the site’s yearly sun patterns. That research culminated with installing a north-facing sawtooth skylight and two low-lying windows. For the facade of what’s now fittingly called LX Pavilion, Okamoto chose slats of charred Accoya pine that will weather over time, just like Serra’s steel. No wonder he recommended him. 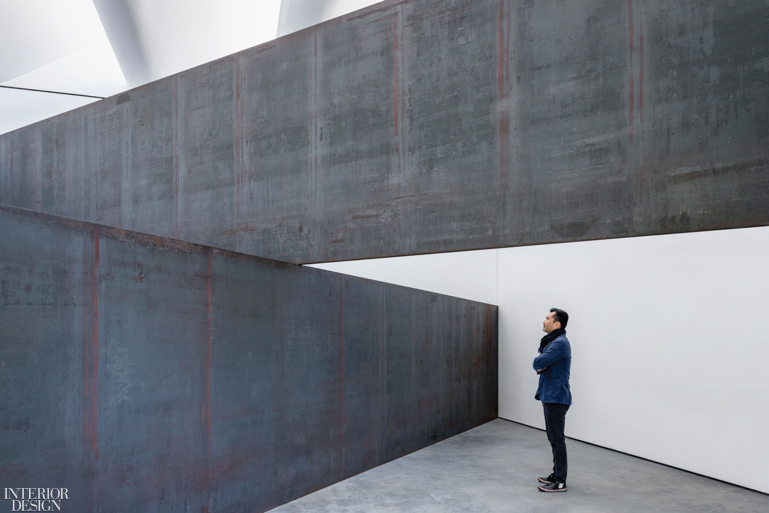