Minus the usual green suspects-solar panels and wind turbines—how can a three-bedroom house consume practically no energy? Just ask the onetime Philip Johnson protégé Dennis Wedlick, who’s now shepherd of the Hudson Passive Project. “It’s not the technology. It’s the architecture,” he says of the passive house that  is about to complete in the town of Clav­erack. The New York State Energy Research and Development Authority provided financial support, and the result is on track to be named the state’s first passive house by the Passivhaus Institut, the German third-party certifier. 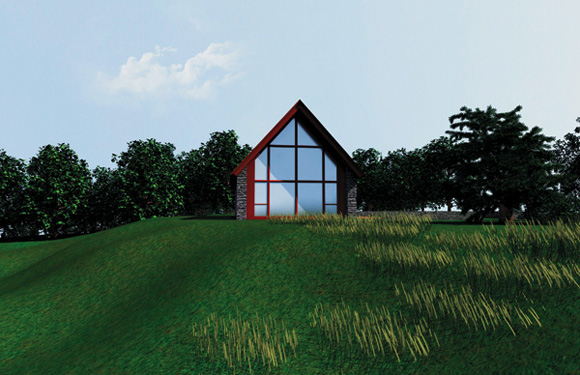 Primarily heated by the sun above and human activities inside, the virtually airtight building is situated to capture maximum warmth in the winter, thanks largely to a south-facing glass wall. Deep overhangs, meanwhile, deflect summer’s stronger rays. (Technology does play a small part. A one-piece heat-recovery ventilator manages all HVAC functions with minimal energy use.) In terms of style, Wedlick modeled the house after the historic barns of the Hudson Valley, complete with exterior walls of stone and bow-arch beams of Southern pine soaring 25 feet above the loftlike 1,650-square-foot plan. All of which is intended to bolster sales appeal. Gabel Real Estate has already listed the 7-acre property. 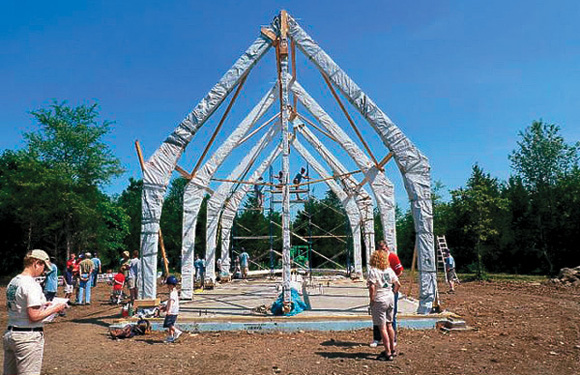