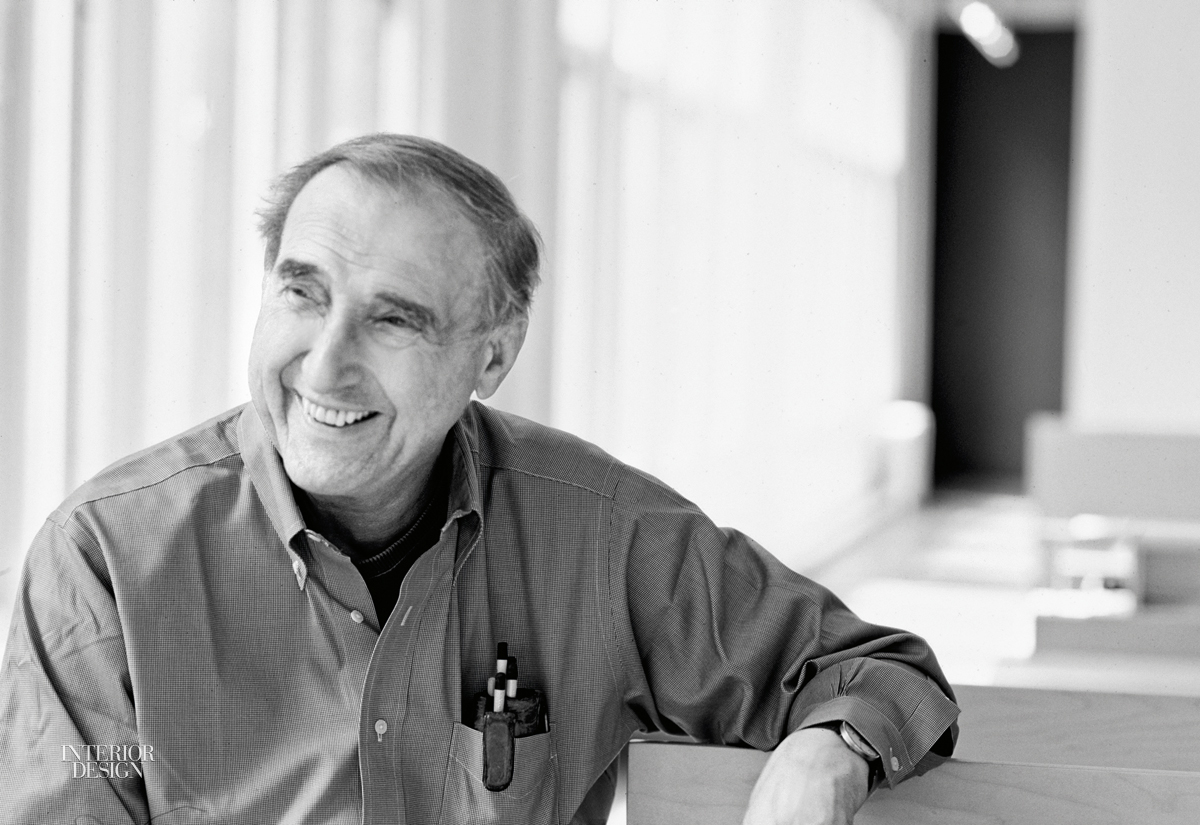 Peter Bohlin may be best known as the designer of the iconic Apple stores in New York. He was also responsible for the Pixar Animation Studios in Emeryville, California, not to mention the Newport Beach Civic Center. But he and the firm he founded back in 1965—today Bohlin Cywinski Jackson, encompassing five offices, 11 principals, and 190 employees—has never stopped designing houses, sometimes even quite modest ones. In an interview, Bohlin, now 80, talked about the pleasures of residential commissions.

Many firms the size and stature of BCJ abandon residential work. Why keep at it?

It seems to me that when you’re an architect you’re going to delve into all sorts of things and at all scales. Houses have always been interesting little laboratories in that they’re about creating spaces for individuals. You want to get at not only what the clients need, but also what they desire. One client happened to say that when she was a child she wanted to be able to lie in bed and look up at the moon. I made sure to design a bedroom from which she can watch the moon, which first involved charting its movement. You can do detailing in homes that is harder to do in commercial projects.

Like that weathered green door set in the larger new front door at Tusen Takk, in Michigan?

The smaller door was from the client family’s old fishing shack—a tie back to where they used to live. It makes that new door so much richer. Color is threaded through that house—the stair treads are a red that’s a little Dutch modernist. I’ve always been very interested in color.

And, it seems, in houses that unfold in some way, revealing themselves as you approach and move through them.

Unfold—that’s a good term. When I was in high school, I spelunked, and that taught me about titillation—about seeing but not immediately getting someplace. You can build in that sense of discovery when you’re designing a house (though the best ones aren’t so obvious about it).

You’ve raised many of your houses up on stilts, preserving the landscape but also enabling you to build on sloped sites.

With the house I built in Connecticut for my parents years ago, the slope was significant. In spring, there was a lot of runoff, and you wanted to pick your skirts up out of all that rushing water. With Tusen Takk, we were building in a sensitive environment: on lakeside dunes in a forest. We were restricted to structures of a certain size on two adjacent dunes. We put the main house on one dune and the guesthouse on the other, connected by a covered boardwalk resting on little toes.

Those settings are strikingly beautiful. What happens when a client comes to you with a sorry-looking site?

Then you design for that. One site was in a subdivision; it was not a situation where you want to look out. So we made a courtyard building, designing the house around a great outdoor space. Almost all the rooms connect to that courtyard. It became a special world for them.

You have long designed houses to take advantage of natural light and breeze. How has your thinking on sustainability evolved?

You can do LEED and all that stuff, do regular architecture and work the numbers. But for me it goes beyond using the right glass and making sure there’s enough insulation. You have to meet the numbers, but you can also make very rich places that resonate for people emotionally.

Your Pittsburgh office is not far from Fallingwater. How did you approach the design of the new student residences there?

Well, it was clear we had to do something really good. Here’s one of the great buildings in the world and certainly in the U.S., and we wanted to do right by it. That meant seeming not to try too hard.

The Western Pennsylvania Conservancy’s Fallingwater residency program needed to accommodate more students and had a tight budget. There’s this funny little prefab split-level from the 1960’s that they’d been using for housing. You could sleep eight to 10 people in there, and it had a kitchen and dining room. The building was useful, so why get rid of it? Instead, we added an outdoor passageway that connects it to a new screened-in porch and new bedroom units. If you can save something rather than doing all-new construction, that’s one of best things you can do in our world.

You started your practice in Wilkes-Barre, Pennsylvania, rather than in, say, a big city. How did that influence your firm’s development?

I considered going to Philadelphia. I loved Louis Kahn’s work. I also thought of going to work in Eero Saarinen’s office in New Haven, which was what many of my classmates did. But by the time I got out of Cranbrook Academy of Art, which I attended after Rensselaer Polytechnic Institute, I wanted to do my own architecture. My mom and dad had moved to northeast Pennsylvania. I thought I’d work there a couple years, and I teamed up with Dick Powell, who already had a license. We became known because of the work we did and also because a number of our early projects were published. That spun us loose. Starting the practice there could have been a terrible trap. But it worked out rather well.

These days you have five offices—including one in Philadelphia—but no headquarters. How does that work?

The whole idea of having a headquarters is unnecessary today, particularly when you have a great many terrific people like we do, partners and others, and you believe in a practice that is not top-down. We’re videoconferencing constantly. We travel. These days I’m not functioning as a typical principal—I’m more of a nomad, traveling between offices, seeing clients. With the exception of that house I designed for my parents early in my career, all the work we’ve talked about today was done with other people. I do believe we do our best when we work together.