Like a Fred Astaire–Ginger Rogers movie, the Rainbow Room’s streamlined moderne style, complete with revolving dance floor, embodied the big-band era. And the swellegant aura was never completely lost in the transition from ’30’s supper club to ’80’s dinner and event space. But during the Great Recession, ironically, this Depression-era legend closed its doors. They remained shut for five years, a period during which the interior was officially landmarked. 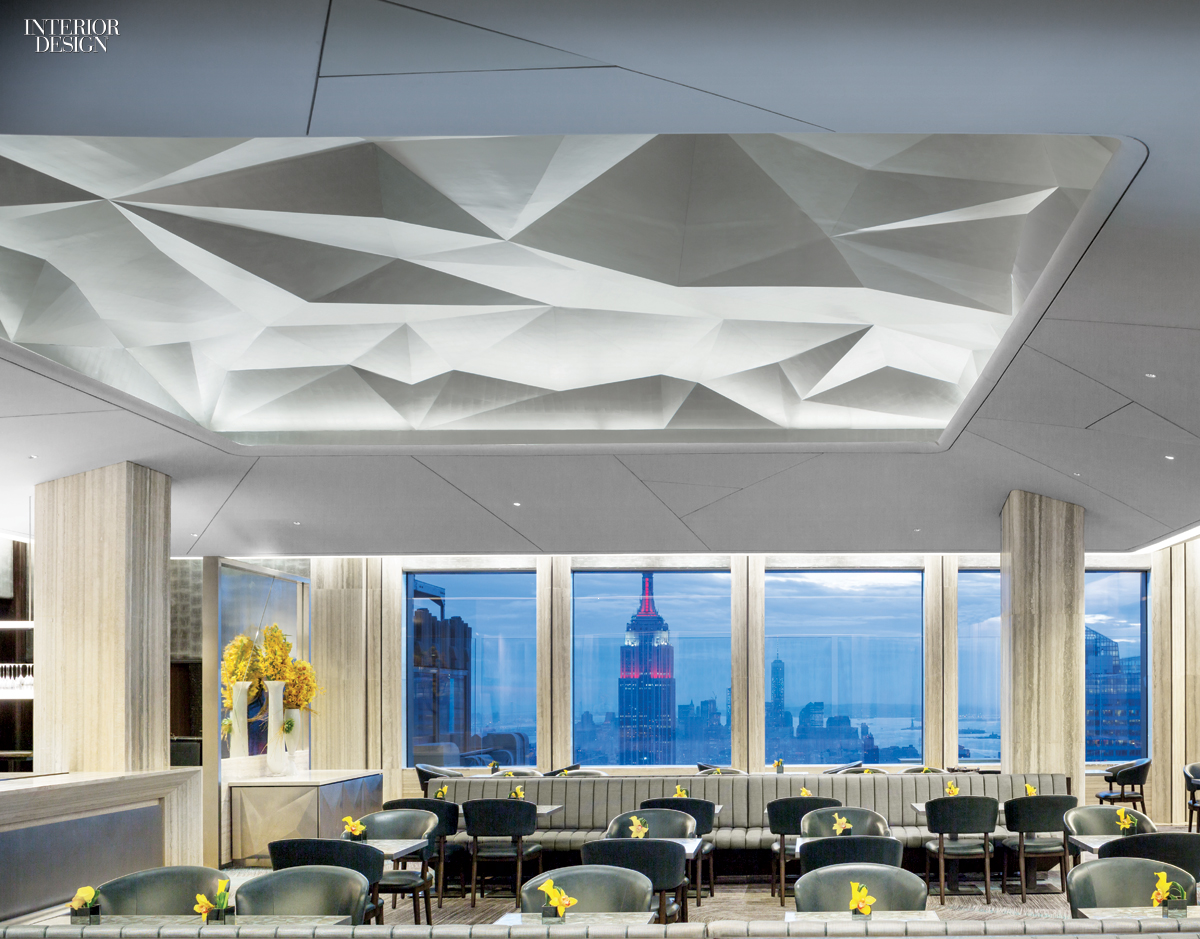 A renovation by Interior Design Hall of Fame member Michael Gabellini and principal Kimberly Sheppard headlines the reopening. They also transformed unlandmarked adjacent spaces into SixtyFive, a lunch club that transforms into a cocktail bar; a connecting gallery to function as a shared reception area; and luxe restrooms. Everything adds up to 10,700 square feet. “We made material alterations to the Rainbow Room’s surfaces, most of which had been replaced over the years,” Gabellini says. The same family of wood-workers who handled previous iterations of the dance floor re-created it in rosewood, teak, and wengé, extending the “compass rose” design toward the bronze-ringed edge. Meanwhile, SixtyFive feels like the Rainbow Room’s younger sibling, thanks to sumptuous materials and complex geometries such as the faceted ceiling. It’s as if the restaurant were the prow of a luxury ocean liner, the club the aft saloon, and the gallery the observation deck. 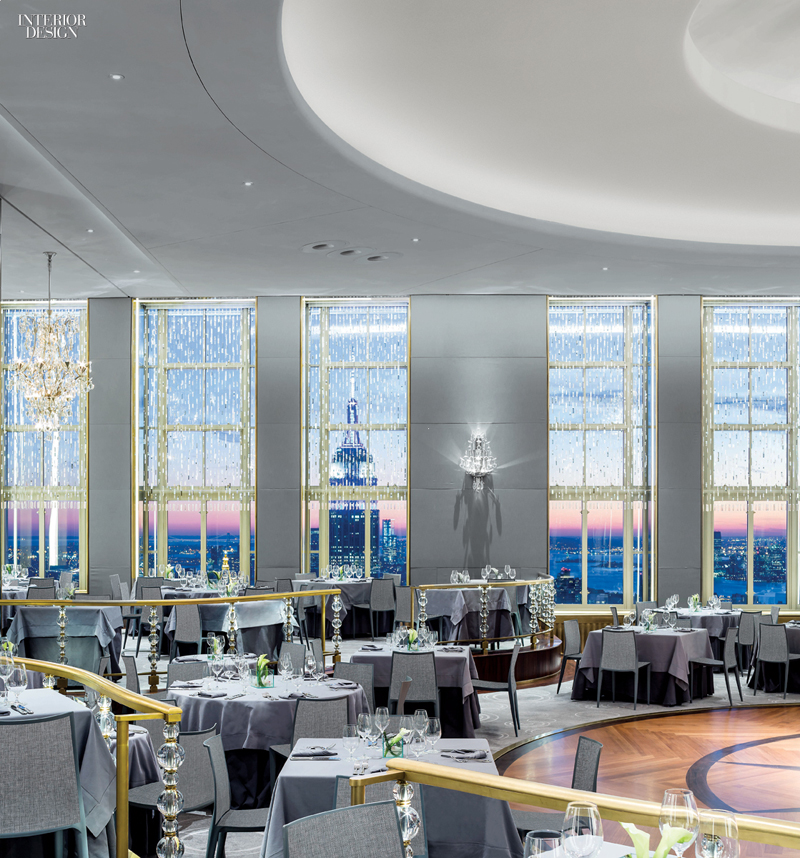 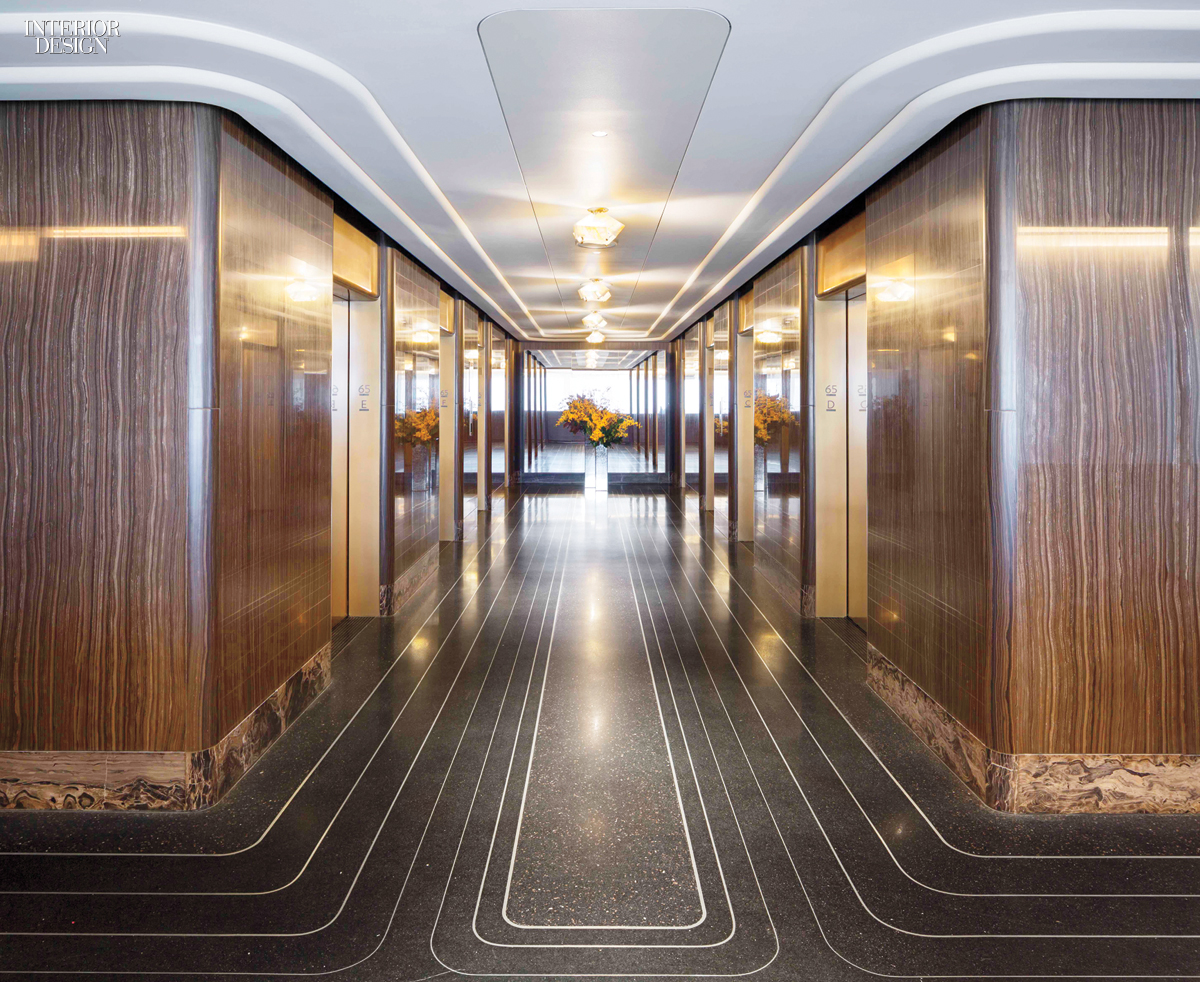 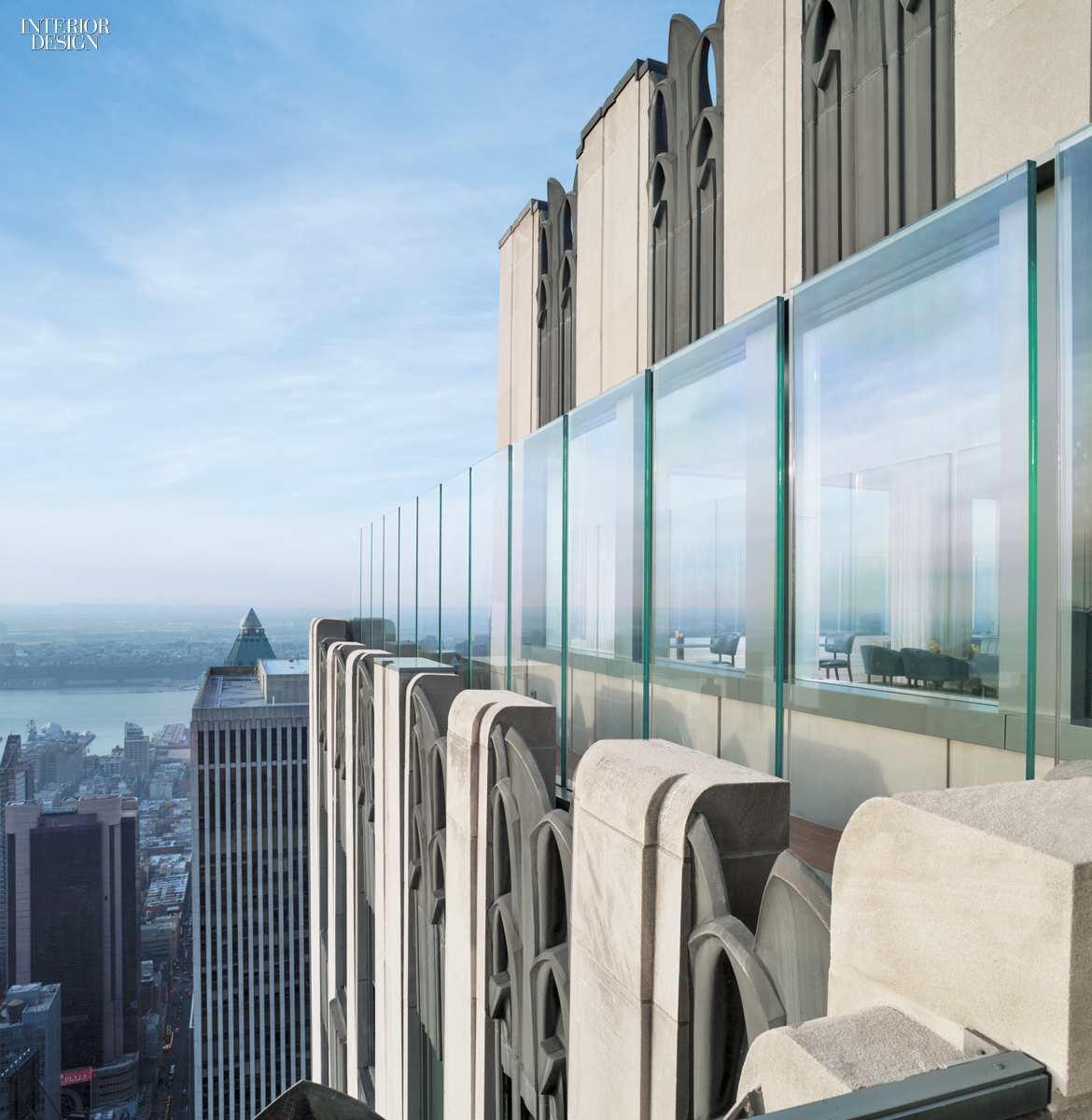