When famed event designer Robert Isabell was found dead of a heart attack in July, a long list dignitaries, from Bill Clinton and Ian Schrager to Tina Brown and Anna Wintour, mourned the passing of not only the nation’s preeminent party planner but also a beloved New York personality. 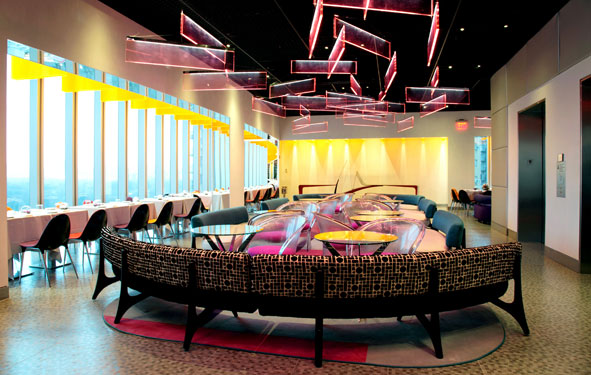 Fortunately, part of his legacy will live on with Robert, a new restaurant dedicated to the floral master that recently opened atop the Museum of Arts and Design at 2 Columbus Circle in New York. 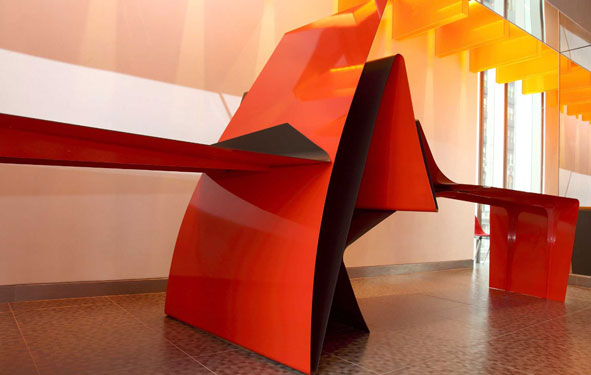 Robert benefits from both its views of Central Park and Lincoln Center and its contemporary American fare by chef Brady Duhame, who made his bones at seminal New York restaurants like Picholine and Bouley. It’s main attraction, however, is its magical design by London-based American architect Philip Michael Wolfson and San Francisco-based architect Johanna Grawunder, who both conceived the space along with project architect Schefer Design. 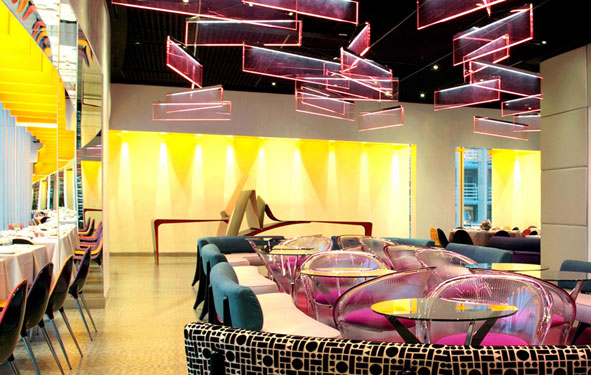 Competing with the iconic pieces that fill the museum below, not to mention furniture by Interior Design Hall of Famer Vladimir Kagan in the actual restaurant, Michael Wolfson more than held his ground with dazzling sculptural pieces that include the restaurant’s two reception desks, a 15-foot-long steel communal table with a six-foot-tall “sound wave,” cocktail tables, and bar stools. The stools, like the communal table, are made of powder-coated aluminum, and share a mirror polished finish with the glass cocktail tables that reflects the lounge area’s movement and color. 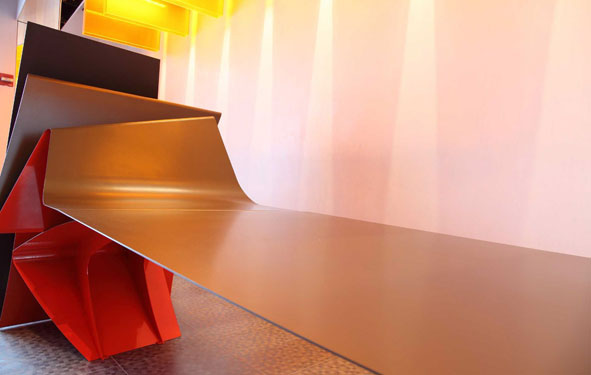 “I like to manipulate the fluidity of forms and the relationship of surfaces, and to question our shared expectations that, for example a chair looks like a chair,” says Michael Wolfson. “I am interested in articulating movement, engaging the space around the object, and meshing ground and object, light and shadow, reflection and refraction. The shift in the dynamics of the interaction between objects and space challenges fundamental ideas about how we inhabit the space around us.” 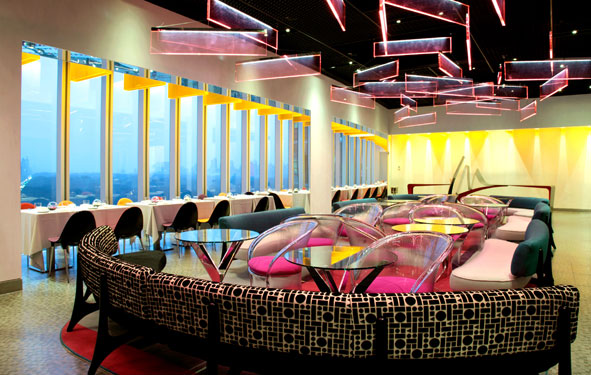 Grawunder, for her part, created the architectural canopy of polished and colored acrylic and metal light rectangles under which the Kagan pieces rest. They are part of a collection of contemporary art and design conceived by co-owner Dr. Brian Saltzman which also includes mobile-like LED-lit Lucite chandelier and sconces by Grawunder and a new video art piece, “Orbit 2”, by Jennifer Steinkamp.