With gentrification sweeping Culver City in Los Angeles, the IHOP served its last Pick-A-Pancake Combo-and Knibb Design was charged with transforming the location into a trendy Korean-inspired restaurant. 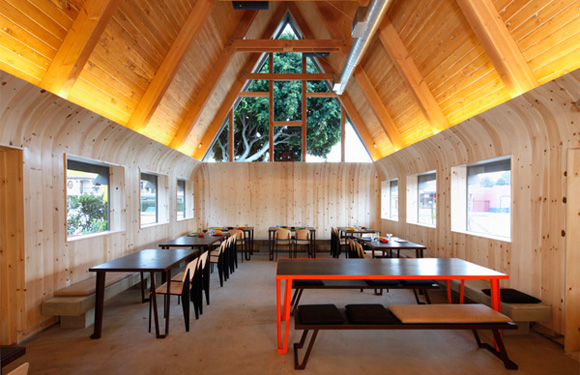 Instead of merely leveling the 1,700-square-foot structure, Sean Knibb seized upon its iconic 1960’s profile, which not only became his defining image but also yielded a name for the enterprise: A-Frame. 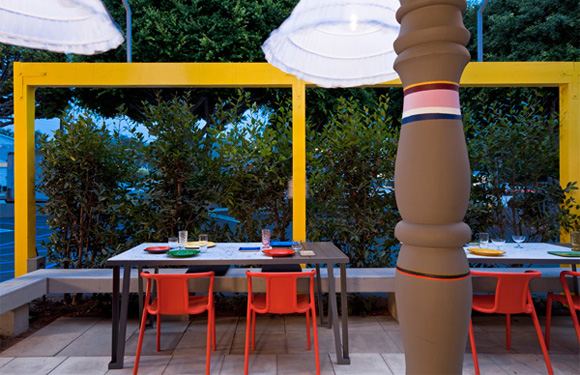 He calls his MO “sympathetic demolition.” While he left the shell intact, he stripped the Douglas fir ceiling and sandblasted the cement floor. The peaked roof still frames a triangular window, but walls below are wrapped in new knotty-pine planks. A burnished-copper top and a shiny black plastic-laminate face have transformed the service counter into a bar lined with Konstantin Grcic’s angular stools. In the dining area, concrete benches and Jean Prouvé chairs flank tables of black-stained reclaimed oak, some trimmed in orange. Fluorescent up-lights cast a sunsetlike orange glow inside. For the outside, he made huge conical shades for pendant fixtures by repurposing girls’ petticoats. 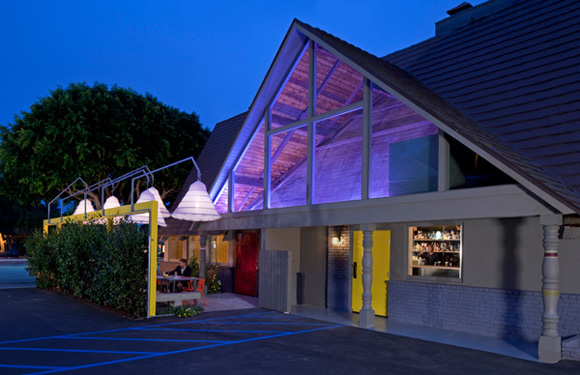