The Myths and Facts of Building Locally

When Michael Suomi, principal and VP of interior design at Stonehill & Taylor, told the team behind the Hyatt Regency Minneapolis that he wanted to use goods made locally for the majority of the project, the client added one big caveat. “They had a desire to spend their dollars in the U.S. and in Canada,” says Suomi. “But they made it clear that they would not spend one penny more than if they were making it overseas.” Suomi’s firm met that challenge. A whopping 85 percent of the project’s furniture, fixtures and equipment were produced in North America, drawing heaviliy on sources within a 500-mile radius of the site. Local craftsmen worked to produce custom pieces like a ceiling-high stone fireplace in the lobby framed by rustic wooden logs, a bar made locally of 13-foot-tall walnut and mirrored panels, and bathroom counter tops of locally quarried stone.


Interior Design spoke with Suomi, a Futuregreen advisory board member, to uncover some of the myths and facts about building locally. (Go here to sign the Futuregreen Commitment.)

Myth #1: Using local products and materials is too expensive. 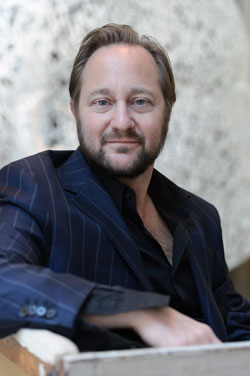 Fact: Yes, it can be, but not if you’re smart about it. Bidding is one of the tactics Suomi used to keep local prices competitive. Over the past 15 years, firms in the hospitality industry have been bidding projects to manufacturers and studios primarily in China and elsewhere in Asia. Suomi relied on a purchasing agent—the company that handles the buying and shipping—to find not just one manufacturer in the U.S. for each item, but two or three so that his team could bid them against each other. The purchasing agent was able to identify potential competitors for products in North America that Suomi’s firm had never even heard of. Add to that the vast reduction in packing, shipping, customs, duties and storing costs and local prices become extremely competitive.

Fact: Agents might say that, but going the local route takes a certain amount of additional research. Most hotel companies use a purchasing agent to bid a model guest room’s design components to sources known to do the highest quality work for the lowest price—typically they are in Asia. Purchasers look at the cost for the product when making the final commission. Suomi had the purchasing agent consider all of the other things that cost money—not just making an item, but wrapping it and putting it on a crate. He asked, how much does it cost to get it from the factory to the loading dock, check it for damage, store it, pay rent for storing it, load it again, and then break down the shipping crates to dispose of them? Producing something in, say, Calgary, cuts down this processs exponentailly, and all of a sudden the prices even out.

A truncated build schedule also saves everyone dollars. The less time a project is under construction, the more time a client can bring in revenue by staying in business, sometimes during peak seasons. Suomi was able to cut 15 weeks off the build process by relying on local sources. When answers during the back and forth communications of shop drawings, samples, and mockups can be had within a matter of hours, rather than the days or weeks typical of overseas exchanges, revisions and finals are achieved—and shipped—on a much shorter timeline.

Fact: It’s sometimes true—Suomi identified textiles and carpeting as big challenges. He says Axminster carpeting (the standard for public spaces in hospitality projects since it is durable, dense and easy to clean) used to be made in Pennsylvania, but the remaining plant there shut down and sold the last of the U.S. looms to Asia. This carpet was one of the 15 percent of overseas goods that Suomi called in, in this case drawing on Ireland since they could turn it around in the least amount of time.

Another big challenge was metalwork. There are only a handful of companies that can make large quantities of metalwork, and Suomi needed 1,100 light fixtures. Suomi bidded it out, and some of it was made in North America and some had to be made overseas. Metalwork for light fixtures is very labor intensive—unlike something like casework or a desk which uses CNC routing. From a stand point of automation, these detailed fixtures rely on a lot of human labor—an arena where, unfortunately, the U.S. cannot compete with Asia (yet).

VInyl also posed a problem. The U.S and Canada are dedicated to keeping the environment clean—so we have more regulations in place to prevent toxic manufacturing processes from corrupting watersheds. VInyl manufacturing requires toxicity. When produced domestically, companies have to spend a lot more money on handling, to say the least. To avoid this, Suomi recommends experimenting with high-performance, stain-resistant wovens for coverings, or foregoing upholstery altogether by using wooden or other solid seating.

Myth #4: Local producers don’t have the same capabilities as those overseas.

Fact: Suomi found manufacturers closer to home to be extremely accomodating. Not only were they willing to drop their prices to compete with overseas producers once they found out Suomi’s committment to the local process, but their sense of ownership and accountability shifted by knowing that it was a local project. “The same reasons for the farm to table movement’s popularity in New York dining,” says Suomi, “translate directly into hospitality. Local companies provided us with showcase pieces because they were proud of their work and they knew it was only going 100 miles away.”

One challenge, though, was smaller orders. In hospitality, the bulk of the budget is spend on larger orders for guest rooms and suites. Public spaces, however, require smaller batches and custom, one-off items. Some of these specialty pieces Suomi still had to commission partially overseas in order to stay on budget. Next time, he says, he would put in the extra footwork in house to find alternatives closer to home.

Fact: Suomi says his team had to make extra sure that the companies claiming to source locally were actually making things in North America. You have to do your research by calling makers to find out where the parts and pieces are coming from, he says. Suomi notes that ever since “Made in America” was a plank in the campaign for Obama and for McCain, more individuals have tried to capitalize on that opportunity for marketing.