The Miami Marlins kicked off the 2012 professional baseball season with a home run. It’s a new stadium, for baseball only, on the Little Havana site of the demolished Orange Bowl. Built by Populous, Marlins Park is the only major-league stadium to break away from postmodernism since the same firm, then called HOK Sport, completed Oriole Park at Camden Yards in Baltimore in 1992. 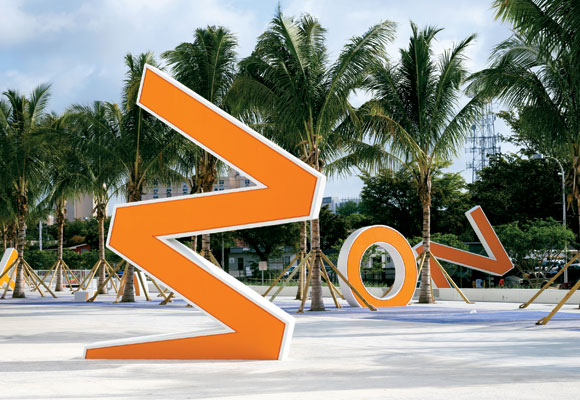 Snarkitecture reworked the letters from “Miami Orange Bowl” as an installation for the demolished stadium’s site, now Marlins Park. 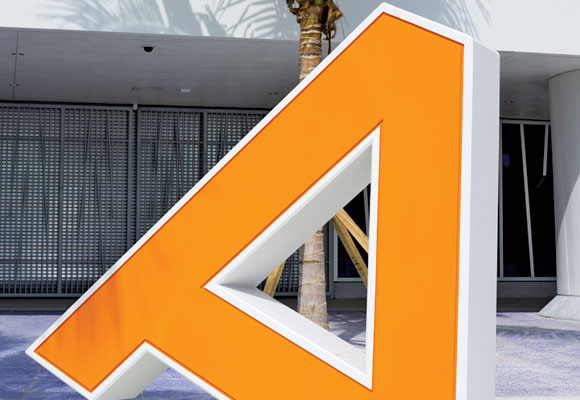 A letter in painted reinforced concrete.
Miami’s elliptical building features a retractable roof and-thanks to the Marlins’s art-dealer owner, Jeffrey Loria-several art and design installations, including one by Snarkitecture. Partners Daniel Arsham and Alex Mustonen took the 15 letters in “Miami Orange Bowl,” rendered them in painted reinforced concrete, and strewed them about the entry plaza. At 10 feet tall and 5,000 pounds, each was cast in place around steel bars attached to a slab below grade. 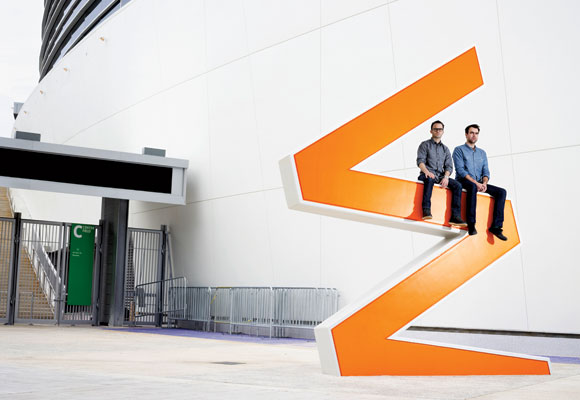 Daniel Arsham and Alex Mustonen with their work outside the Populous-designed stadium.