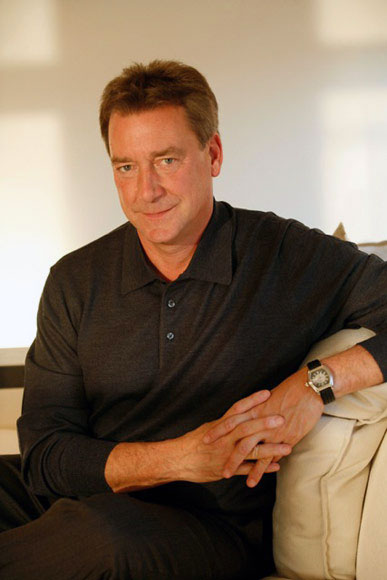 The man behind the sexy nights at

, the high-minded escapism of

, the glittering scene at

is a master at bringing people together, then taking their breath away. After decades of success, Beers and team continue to refine their approach, bringing new energy to significant projects across the globe.


Interior Design: How would you describe the creative dynamic of your team, and how does your most interesting work get inspired?

Jeffrey Beers: It’s a very collaborative and intimate atmosphere at our loft-like studio of about thirty-five, forty people. There are many great artists and designers from many backgrounds—sculptors, painters, fashion folk—and we always collaborate in teams. I encourage everyone to contribute, draw, share design ideas. It’s always been about trying to find good dance partners, who share my passion for design. I also look for those who love hospitality, who enjoy hotels and restaurants and being social. And while some ideas are appropriate for certain projects, some not, there are no “bad ideas.”


ID: What projects are presenting you the most fun challenges at the moment?

JB: It’s exciting to be very busy internationally. We’ve got a big hotel in Rio de Janeiro, Brazil, called the Gloria, on the water on Guanabana Bay. It’s like the Waldorf-Astoria of Rio. It overlooks Sugarloaf, with Corcovado in the background. While the exterior is a landmark restoration, we’re completely gutting the interior, adding a glass-bottom pool on its roof, and building a ground-up tower next door which will add 150 rooms. It’s exciting, since the property is so well known and Brazil’s getting ready for the World Cup and the Olympics.

Beyond that, we’ve got a number of really great restaurants in New York, and several hotel projects including a casino and resort in Macau, a Four Seasons in Turkey, lots of work for Hard Rock in Mexico. We’re also involved in a Downtown New York competition involving one of the Trade Center towers. It’s an amazing, hospitality-related project… and that’s all can really say at this time.

Crush, a nightclub for teens at the luxurious Atlantis, Paradise lsland, The Bahamas.

ID: What do you think makes a really engaging and successful hotel environment today?

JB: Designers and owners are challenged greatly with a much more knowledgeable and experienced guest. It’s the nature of the world today, thanks to accessibility and the Internet. I have to be much more thoughtful regarding the guest, and be guest-oriented in my design thinking. I have to pay much more attention to the functional needs of guests.

Owners are talking a lot about a seamless check-in, where you walk in and just check in with your phone. Personally, I appreciate the experience of talking to someone when you arrive. Hotel experiences have to be memorable, comfortable, residential, and personal, unlike the more corporate and antiseptic environments of the past. In the end, that makes for a more rewarding design.


ID: What level of known-how are your clients initially bringing to the table these days?

JB: They’re much more educated and knowledgeable about the business of hospitality than ever before. At the beginning of my career, hotels were in dire shape, and then in the nineties everyone got full of themselves and were on a crazy ride. Prior to the recession, I saw clients become much more savvy and aware that they need to give their guests a better experience. They asked that designs be really thought-through—light levels, where you put the hair dryer in the bathroom. While the demands of some clients can be maddening in some ways, it’s a better product in the end. 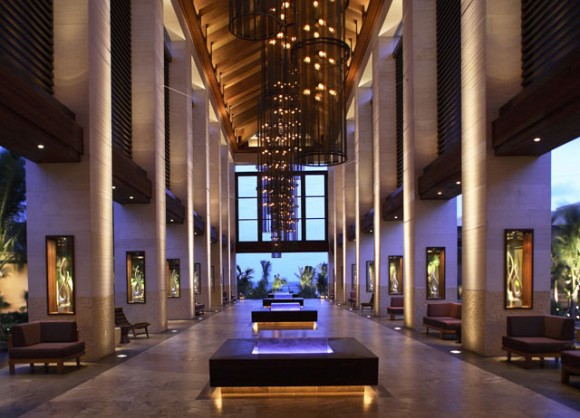 The grand lobby at the Cove Atlantis, Paradise Island, Bahamas.

ID: You’ve creating really significant dining experiences in New York—Japonais, China Grill, DB Bistro Moderne—and across the globe. Are there any design “musts” for you when it comes to restaurant design?

JB: One of the keys to successful, long-lasting restaurant design is a harmonious, theatrical environment, in which cuisine and operation and environment are all on the same page. None of them should outshine the other. Restaurants are inherently meeting places, and should be very festive. A restaurant’s design is a background against which guests can be the stars—stimulating them to be social and smile. The key is to be very aware of who your guests are, and what’s the personality of the owner. Look at a place like Balthazar… It is what is, but it delivers on all those levels. I’m very proud of the original China Grill and DB Bistro Moderne in these respects.


ID: How was the experience of working on Center Bar at Time Warner Center, given that it’s such a destination?

JB: Center Bar was a big challenge—working within an atrium in what is essentially a retail mall space—and I jumped all over it. I had done Porter House for Michael Lomonaco there, and Related asked Michael if he’d be interested in operating a bar in that atrium. A lot of folks travel through there on the way to places like Per Se or Masa or Porter House. My vision was something one would find in London or Zurich or Geneva, some unexpected bar that’s well detailed; furniture that’s thoughtful and paid attention to. Obviously we were challenged by corporate considerations but I like what happened, and it’s doing really well. It’s really pleasant to go there and have a martini.

JB: Things are much better than they were even two years ago, and I’m extremely optimistic about the next five-to-ten years. The international industry will grow exponentially, and the States are catching up quickly. Laborers are busy, and inquiries come into us on a daily basis. A few years ago this was not the case, and I wasn’t alone in that.

Sure, it’s not the way it was in 2005, 2006, 2007, when it was kind of a fantasy. Back then, clients would call and say, “We’re going to add five hundred more rooms.” I’d say, “OK…?” I think there’s much more rational thinking now, with clients doing their homework. More players keep coming into the game with more money and more wherewithal. In six months, expect to see a lot of cranes. 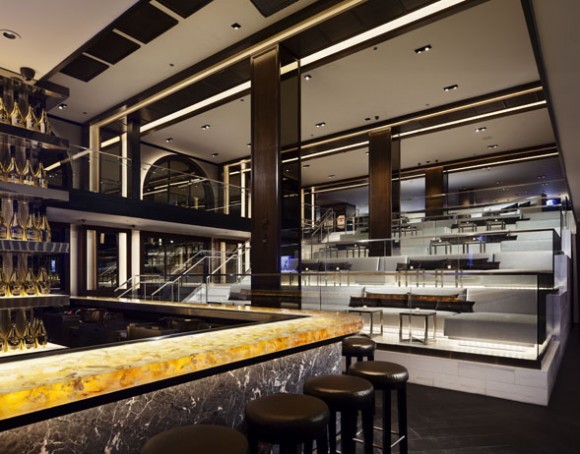 
ID: You opened Jeffrey Beers International in 1986… What keeps things fresh for you in 2013?

JB: I’ve always been interested in imbuing interior design with cultural value… more and more so as time goes on. I love bringing the energy of art, fashion, sculpture, performing arts, and music to my clients. This is something that always existed in Europe, from the 15th Century-on—meaningful design and an integration of cultural notions. I find it fascinating as we go forward that I can bring more richness and complexity by being more sensitive to different types of art.

It’s unfortunate for any of us when we encounter something that doesn’t contribute.  I pay attention to what’s happening in the fashion world, to see where things are going. It’s not about trends, but attitudes. “Lifestyle” is something to pay attention to. If I can bring more of that into JBI’s work, it will be more meaningful and memorable.


ID: What locales endure as great sources of inspiration?

JB: I had the opportunity to travel a lot as a young person. Both of my parents were in this industry, so I went to Europe about fifteen times in my teen years. This influenced me tremendously. I’ve always had a big affinity for Venice and Paris, for different reasons. With Paris it’s the lifestyle of that city—very respectful and chic. I like how people live there. Venice has always been like a costume party, and I feel like I’m at a Halloween ball. The facades of the buildings seem to be a cast of characters—one’s a king, one’s a queen, there’s a clown, there’s a serious person. It’s such an architectural variety, and another lifestyle that’s completely free and happy.


ID: And what can you say about your mentors as you’ve come up through the industry?

JB: In my sophomore year at RISD, up late every night drawing, I met and became friends with the glass artist Dale Chihuli. I became a glass blower and was on his team for many years. He has the greatest color sense of anyone I’ve ever met, and taught me so much about spontaneous creativity.

After RISD, I lived in Rio and worked for Oscar Neimeyer for about a year and a half. That gave me a lot to draw on. Before I opened my firm, I worked for IM Pei, and God bless IM. I have tremendous respect for him as a person and a diplomat.