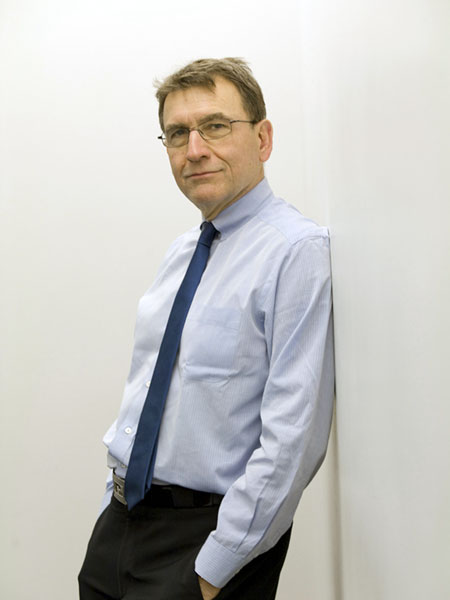 Architect Joe Valerio has built his impeccable reputation as an innovator in the realms of design, technology, and management. He and firm co-founders Mark DeWalt and Jack Train have created a firm of top-tier innovators that boasts many discriminating clients and significant projects—residential, corporate, hospitality, institutional, and beyond. Here, Valerio talks humor, responsibility, and hope for the economy.

Interior Design: Your firm is based in Chicago and you have an office in San Francisco, as well. What’s your take on working in these very different cities?


Joe Valerio: We have a lot of great clients in Chicago, and we’ve prospered here. The very good design firms in Chicago are a tight knit group—it’s very collegial in a sense—and we all cheer the others when they get a great project. That exists much more here than in Los Angeles or San Francisco or New York. At the same time, Chicago architecture is relatively conservative, and its design tradition—dating back to the Nineteenth Century—is not necessarily where people want to go today. For a firm like ours, which really believes that design adds incredible value, we find that California has a big appetite for design, and a more widespread understanding of the value of good design.

ID: Your website is “Buildordie.com,” denoting the sense of humor you state is elemental to your work. Where did this “build or die” concept come from?


JV: When I founded the firm back in 1988, AIA Chicago published a register of all the firms in the city, and each firm got a third of a page. There you’d find phone numbers, stats, staff specialties, and so on. I was filling out the form’s “firm philosophy,” and looked at what other people wrote in years past. It was dreck. I sat there, thinking

What the hell do I put down?

I wrote “Build or Die” and sent it in… and it got published. People would call, asking “Is that really the philosophy?”

ID: What does the phrase mean to you today?


JV: Now, we look at it in two ways. First as a wink, a lighthearted joke. Then there’s a real commitment here to the success of a project, and we try to bring that attitude to all of our work. It’s about design, but also about skill, budget, and making buildings that are “enabling.” 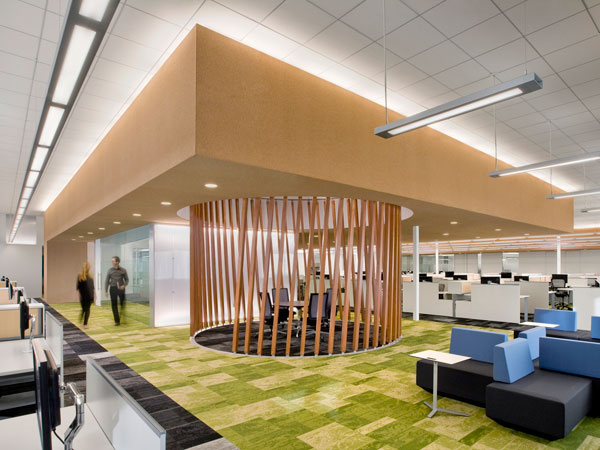 
ID: When did you first assert yourself into the design world?


JV: I actually formed a graphic design firm before my senior year at the University of Michigan in 1968. Then, when I was at UCLA in 1970 for grad school, I joined a group of three British architects who were a year ahead of me, who had already been on the ground. I wasn’t registered yet—I was only 22—but one had a U.S. registration. We did a series of projects, mainly for the entertainment industry in LA. That’s when I first put two and two together, and realized that the talent to design allows you to go to a client and say, “You’re going to invest X dollars and Y time building something, and through design we can make that investment worth much, much more.”

ID: What are some projects that have kept you busy recently?


JV: We’re doing a big project for the University of Chicago; did a large, 29-story apartment complex for a developer in Texas; and are also doing some work for Adobe… We have a broad base of clients, and they realize that good design contributes to their overall success… whether it’s creating a great apartment that people really want to rent, a great university classroom where students and faculty enjoy being, or an office where people want to go to work in the morning.

ID: What’s the bottom line for you in terms of potential new work?


JV: Our staff—myself included—really gets a kick out of working with a really good client. Some will come to us with hat in hand, saying, “We only have this much but we really want to do something great with this project.” That gets us excited. On the other hand, there have been big projects with big budgets, and we just go, “This is going to be a disaster. They’re coming to us for the wrong reasons.” 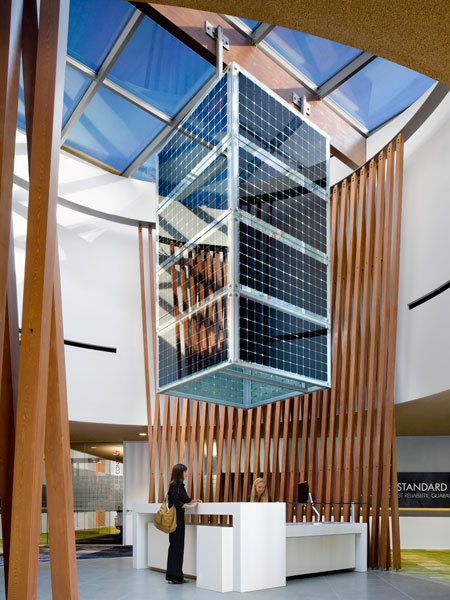 ID: What do you feel is your responsibility as a leader within this industry?


JV: This profession of architects and interior designers is a strong industry, and has an inherent set of core values. If you got a group of designers together they could quickly write up a set of those core values. I think it’s all of our responsibilities to support them, and the reputation of the profession. I believe in good design and sustainability. Where we fall down sometimes as designers is when someone will look at a budget or schedule as something that isn’t their responsibility. That hurts us all. We have a responsibility to work with the resources clients have available and not be irresponsible.

ID: Is there a location in the world that gets your creativity flowing?


JV: Without question, the most fascinating and endlessly rejuvenating city in the world is Paris. I’m Italian by ethnicity and spent years visiting Rome and Florence. I’ve traveled throughout Western Europe, Japan, China… and when I want to be reborn, I just go back to Paris. There’s such layer upon layer of meaning and history, whether you want to go back to the Sixteenth Century or see the work that Carlu did at the start of the Twentieth Century. Philippe Starck designed all of those beautiful historic markers in the city… and I think about how we treat ours! There’s just always something happening in Paris great fashion… It’s just the best place.

ID: How frenetic is the energy in your office?


JV: I’m traveling constantly, writing proposals like you wouldn’t believe. We’ve gotten a bunch of new work that has our staff stretched to the limit… and that feels good. We’ve hired a bunch of people—up eight to ten positions from the middle of last year—and we’re all giddy that we’re busy again.

ID: Do you feel hopeful about the economy and a new dawn for architecture?


JV: Our industry always dies first and is always the first to come back. Things picked up in 2011, in a minor way, but what we’ve seen since the first of 2012 is an explosion. Given that we’re coming out of the worst recession I’ve ever seen, it’s a great sign for the economy.