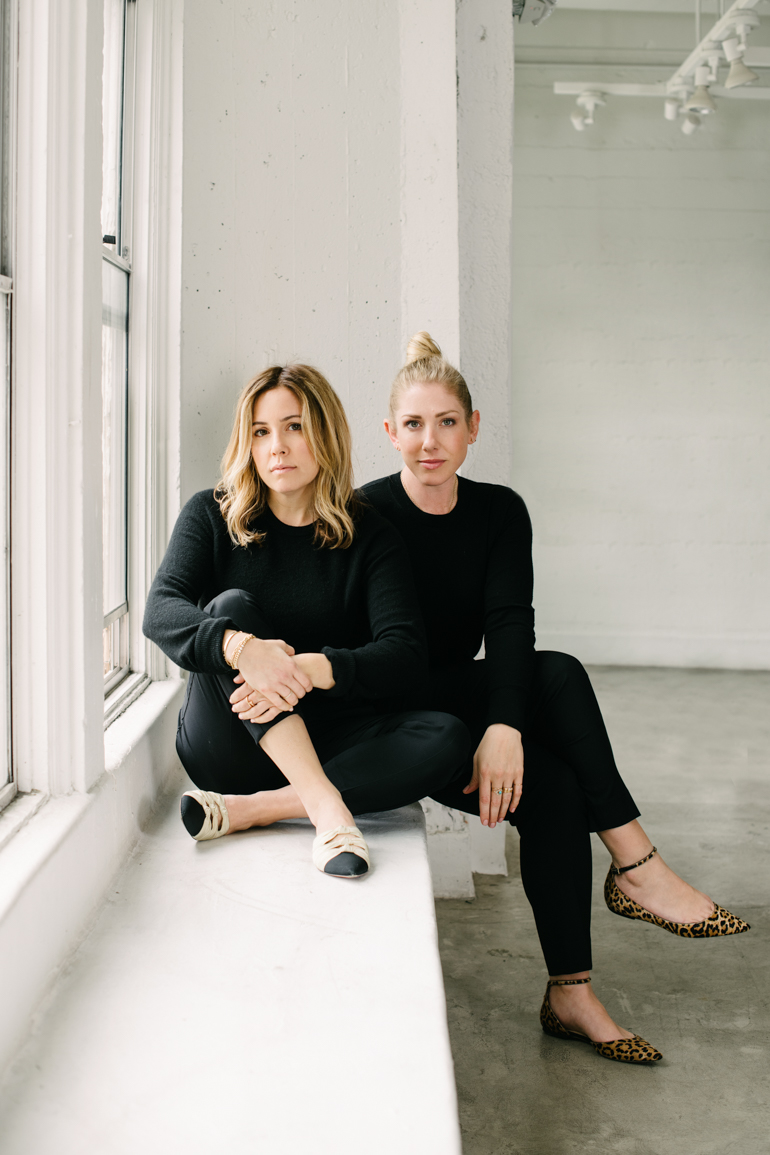 Designers Andrea DeRosa and Ashley Manhan founded Los Angeles-based Avenue Interior Design in 2009, the height of the recession, when they scored their first big project: the Redbury, a brand then unveiled by sbe as a collaboration with photographer Matthew Rolston. At the time, both designers were in their mid-twenties and had already worked for some of hospitality’s largest brands—yet both knew that striking out on their own was a given. They describe their design ethos as a proprietary blend of eclecticism, freshly tailored to each client, combined with a dedication to clear communication and the project’s bottom line (perhaps a nod back to those recession roots).

Flash forward a decade, and the studio has lent its distinctive touch to megawatt clients such as MGM Resorts International and Hilton as well as one-of-a-kind properties including La Serena Villas in Palm Springs and The Ramble Hotel in Denver. Recently, Avenue Interior Design has created products for both hospitality and high-end residential manufacturers, including a custom carpet and rug collection with Milan-based Loloey. The studio’s project portfolio has expanded into commercial and residential work, including California Landmark, a co-living development in Marina Del Ray, CA. As the firm turns 10, DeRosa weighs in on some of the designers’ biggest challenges and successes thus far and looks forward to the future of hospitality.

Interior Design: How has your design approach evolved since your earlier years? What are you doing differently?

Andrea DeRosa and Ashley Manhan: There has been so much evolution in the past decade, some organically and some that has been much prescriptive. As we navigated having a business built on creativity, we’ve had to constantly evolve our sense of style and aesthetic—partially due to client demands and partially due to our own preferences. Our approach has always been as pragmatic as it is creative. It’s imperative that you have a compelling design narrative, but it’s also imperative to know how to implement that narrative in a way that is going to be profitable for each client.

ID: Your firm is led by women, and is currently comprised of all women! Do you see this as shaping Avenue Interior Design’s role in the industry?

AD and AM: Since we’ve been in the industry, interior design has seemingly been powered by notable men and women alike. We never set out with the intention of becoming an all-woman team. In fact, we have a large team of independent contractors, some of whom are men, so technically we’re no longer truly comprised of just women. Regardless of gender, I do think that all business owners have an obligation to their team to create a positive, collaborative work environment for their team and I do believe we’ve accomplished that year to year.

ID: Has there been a moment or project that stands out as your “big break”?

AD and AM: Our “big break” was really the first project we landed as Avenue. We were contacted by sbe, who Ashley had worked for prior to the recession. They were unveiling a new independent brand, the Redbury, in conjunction with celebrity photographer Matthew Rolston, and needed an interiors team. We still work with sbe to this day, but truthfully every first project with a new client is a big break. It’s a huge leap of faith for a client to embark on a project with a new team. We take each new scope as seriously, and passionately, as our first.

ID: What made you want to launch your own hospitality design firm?

AD and AM: Both Ashley and I have strong entrepreneurial spirits that we both credit back to our parents. We met at one of the first hospitality design studios we worked at just out of school and shared the common desire to start our own firm. It’s hard to pinpoint exactly where that motivation came from, but it was always a given. When the economy took a turn in 2009, we realized it was perfect timing to partner on the launch of Avenue. It was an interesting challenge to start a company, but since the market was slow, it gave us time to be thoughtful and thorough with our setup before we landed our first project.

ID: How does working in LA inform your design perspective?

AD and AM: There was so much enthusiasm and support surrounding the launch of Avenue back in 2009, it was astounding. It sounds cliché, but inspiration is everywhere, and we adore being part of the larger design community that embodies LA. From museums, pop-ups, the culinary scene, music, film, fashion—you’re immersed in it all on a daily basis. It’s infused in all that we do and that definitely sets the underlying tone for our work.

ID: You’ve recently completed The Ramble Hotel in Denver. What was your design concept and inspiration for this project?

AD and AM: The Ramble Hotel was a great scope to be involved with on so many levels. The ownership team had a strong narrative that they wanted to abide by and we were completely on board. The property has a strong F&B focus so the result is more of a social club than what we would typically classify as a boutique hotel. We took the concept and layered in heavy textures and an emphasis on materiality to create a dramatic interior that felt inviting and warm all year round.

ID: What type of hotel experience do you prefer personally when you travel?

AD and AM: It really depends on the purpose of the trip. Sometimes we want to be independent, low key, and navigate the ins and outs of the property ourselves. Other times we really relish in customer service and enjoy all the thoughtful considerations of excellent service.

ID: What creates the biggest tensions or challenges in your work?

AD and AM: By far the biggest challenge is satisfying all members of the ownership team—especially if there is a brand on board. We sincerely hear every voice at the table, and believe that most opinions can, and should, be considered during the design process. That and budget. We pride ourselves on adhering to budgets, but in an industry where the sky can be the limit, sometimes it’s hard to keep everyone aligned in that capacity.

ID: What other industry or sector is influencing hospitality design the most right now?

AD and AM: With boutique and independent brands on the rise, we believe the industry is going to see more crossover with fashion, fitness, and beauty integrating themselves into the hospitality arena. We recently stayed at the Equinox Hotel in New York and the emphasis on health, wellbeing, and fitness was perfectly executed.

ID: Looking forward, what intentions are you setting for the next 10 years of business?

AD and AM: Now that we’ve reached the 10-year milestone, there is a little sense of just taking it from here. But instead of taking it one year at a time, it’s becoming more like one project at a time. We’re starting to say no more and focusing on the clients that make great partners throughout the process. Having the best in-house team is something that we’ve always had pride in, but when it’s a great project team, it’s really a win-win. Moving forward into the next decade we’re excited to launch new product design partnerships as well further diversifying our traditional interior design services to projects across the multi-family, luxury residential, and high-end commercial markets.