10 Questions With… Cheryl and Deryl McKissack 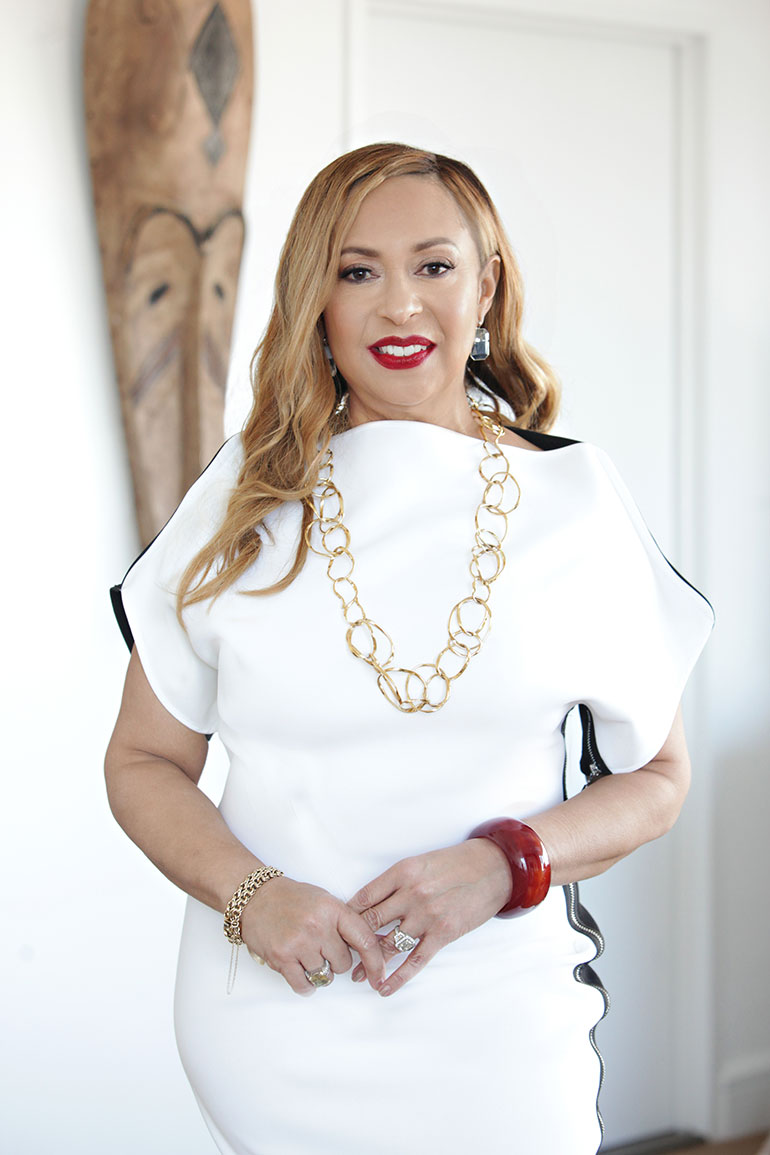 Cheryl and Deryl McKissack were raised on building sites, but their roots in the architecture and engineering industries go back to the earliest days of the United States, when their enslaved ancestor Moses McKissack began making bricks. Today, Cheryl (pictured at left) is 5th generation president and CEO of New York-based McKissack & McKissack, the country’s oldest woman/minority-owned professional design and construction firm, with an office in Philadelphia and a robust portfolio of projects. These include: JFK Terminal One and the Oculus at the World Trade Center Transportation Hub, as well as extensive work for Columbia, SUNY, and Temple universities, the Harlem Hospital Center modernization, and the East River Waterfront Esplanade. Twin sister Deryl (pictured below), meanwhile, founded McKissack McKissack Inc. in 1990, which today has nine offices around the country and has completed projects that include the Martin Luther King, Jr. Memorial, the National Museum of African American History and Culture, the City Colleges of Chicago’s New Malcolm X Campus, and the U.S. Coast Guard Headquarters. 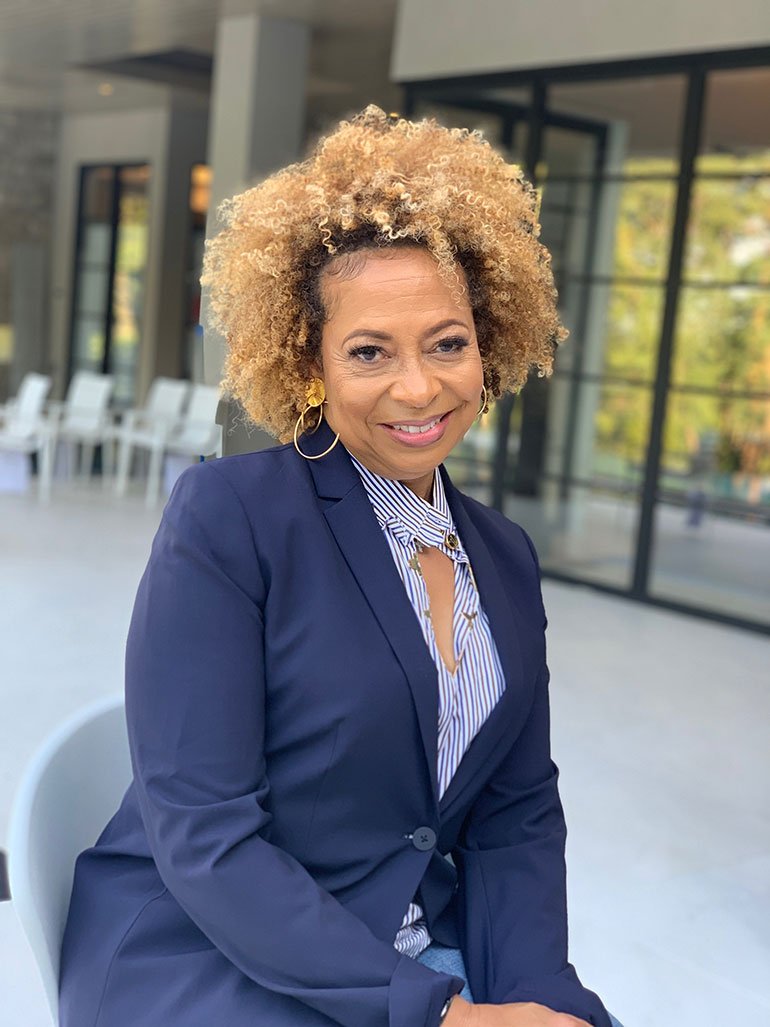 Interior Design sat down with them both recently. Here, in a conversation edited and condensed for clarity, the sisters talk about their family history, what’s changed and what hasn’t in their industries, and what’s coming next.

Interior Design: How did the original firm come to be?

Cheryl McKissack: We were incorporated in 1905. However, the first descendant of our family came to this country as a slave, to a builder named William McKissack. Moses McKissack learned the trade of making bricks; his son, Moses II, was a master carpenter known for his spiral staircases and gingerbread finishes, most notably for the Maxwell House Hotel, where five presidents stayed. His first son, Moses III, and his second son, Calvin, incorporated our company in 1905, but that was before architectural licensing law went into effect in Tennessee, which was 1920. So, they were forced to get licenses or be put out of business. They went to architecture school via correspondence, but when they showed up to take the test, they were told black people weren’t allowed to take it. But they finally found a board member willing to go to bat for them and [were among] the first licensed black architects in the country in 1921, with licenses 117 and 118. I have the actual licenses in my office.

ID: And then the company was passed down, eventually, to you. What was it like growing up on building sites in the 1970s?

Deryl McKissack: At six, our father started taking us to the office. He’d prop us up on the table while everyone was drawing by hand, so we learned to letter and draw straight lines, all kinds of lines.

CM: We were groomed to become architects or engineers. Our father used to joke and say, `You can go to any college you want, but I’m only paying for Howard!’

ID: So, you called his bluff and studied architecture and engineering there. How often were you the only women in the room?

DM: There were only four or five in our class, and Cheryl and I were two of them! Teachers used to think we were cheating because we always had the same answer, but it was because we studied together.

CM: Also, going to a black college, having mostly black teachers, you’re kind of in a cocoon and sheltered from a lot the racism that exists. It was a great hands-on education, so we didn’t really feel it. And the DC was Chocolate City at the time!

ID: What did you do after graduating?

CM: My first job was in New York, and I was the only black person besides the secretary in the whole firm. So, you begin to notice quickly. And then I went to Turner Construction, and again in my department, there was one other black guy. So, you begin to see you’re by yourself.

DM: I interviewed at Turner and got hired on the spot, and I went through all their divisions, reporting and developing and in the field. The president of Howard hired me to run all of his facilities and construction. We had 133 buildings. I had 900 employees directly under me. I was 27. I learned a lot about politics and influence! And not to burn any bridges. You never know how someone might assist you in the future. And I learned to walk in and say, how can we help you?

ID: How have you seen in the industry change since then, when it comes to issues of structural misogyny and racism?

CM: More minorities are graduating in the fields of architecture and engineering. I remember a time when it was really hard to find qualified people to hire, but there absolutely are more. And the laws have evolved over the years [to mandate certain percentages of minority- and women-owned firms in public projects.] We’ve reached the point in New York where, when New York is the client, they’re asking not just who in your ownership is a minority or a woman, but who’s on your team? Let me look at the diversity in your company. When that begins to happen, the owners look around and are like, Uh oh! So, it’s evolved a lot for sure.

ID: But I imagine both of you have been a lot of “firsts.”

DM: My firm competed for a task order contract for the Smithsonian. They had never had an African American firm as project manager, or architect, on the national mall. But we won it! There have been improvements in certain pockets, and I’ve seen others go backwards. In corporate America, in areas with billion-dollar round tables, there are companies that want to be affiliated but, once you get inside, they don’t really want to change. You really want me to talk about it? (laughs) Let’s just say I still run into dinosaurs who want to put me in a stereotype because I’m a woman first, and then because I’m black.

ID: How do you deal with those dinosaurs?

DM: Frankly, they need to retire. That’s the only way to get rid of some of them. Coaching can help, sometimes a devastating experience can turn their paradigm. Several I’ve dealt with are being promoted out and retiring. It’s often masked. It comes down to who helps who.

ID: So how do you readjust who gets help?

CM: For the JFK Terminal One project, the requirements were that every phase of the project had to have minority- and women-owned business participation, and that started with the investment bankers. So, the Carlyle Group and Magic Johnson’s JLC Infrastructure pursued and got the deal and turned around to find a minority participation project architect and manager, and that’s how we got to the table. Of course, then we had to do the presentation and it took a year. But now it’s an $8 billion project, the largest in the country.

DM: I chased the National Museum of African American History and Culture project for 15 years, preparing the firm with projects like upgrading the Lincoln and Jefferson memorials, and winning the award for design builders for the Martin Luther King, Jr. Memorial. So, we were engaged very early. When they needed someone to make sure the intent of the conceptual design was carried through under the budget constraints, we were ready with a public-private procurement system that was best value along with price. We had exhibition specialists and about 30 design firms and about 100 contractors and a client with a huge vision that wouldn’t tolerate anything not being perfect. We love clients like that.

ID: Did it somehow feel like you had generations of work readying you for these projects?

CM: Being able to make our mark on Harlem is iconic.

DM: I think about all the obstacles and challenges my family faced, and here we are today designing major historical landmarks that are changing the dialog of American history. This is my 30th year of being in business, and for so many years there was no diversity on the mall. But the African American museum is American history through the lens of African Americans. It’s a perspective that hasn’t been seen, yet it now has the most foot traffic on the mall. And now we are talking about a Latinx museum. How can we not have a Women’s museum when there are so many women out here? We have to remain on purpose. That’s what I glean from my ancestors. I know how hard it was, but they defined themselves and they stayed on their purpose.

ID: What’s on the boards for you both?

DM: We just finished doing two million square feet for the DC Convention Center. We were the original project manager and they just did a complete renovation. But we’re really excited about how the interior design space has evolved. We’re seeing customers in corporate and residential sectors looking for healthy and pleasant places to live and work. It used to be that construction was not really on board, so the price was in the stratosphere. But now the average person can live in a space that is flexible and work in spaces that are collaborative and healthier in buildings that capture sustainability. If every member on the team is aligned for the same purpose, we can achieve it. And we are achieving it at a cost that clients can afford.

CM: We’re working on the expansion of the Coney Island Hospital, which is a four-year project with about an $800 million budget. We’re also the independent engineer for the MTA, overseeing projects that are $100 million or more. Which is all of them! (laughs) And I’ve been reaching out to women who look like me, to let them know that design and construction is a big field in which you can build wealth and have a long career. When people think of construction they think of concrete and cinder blocks, and you can do well in that area. But I want to shine the spotlight on engineers, project managers, superintendents, IT people. There’s a vast group of types of jobs that you can have in our field. Come work for me!

Read next: 10 Pioneering African American Architects and the Legacy Buildings They Designed