In 2014, Guy Geier, FAIA, FIIDA, LEED AP, received Interior Design’s prestigious HiP award for Industry Champion. Fast forward four years, and it’s safe to say this accolade still holds true. The FXFowle managing partner, a 36-year veteran of commercial interiors, consistently goes above and beyond to serve the industry. Geier recently kicked off a year-long presidency of the AIA’s New York chapter, where he aims to bolster the profession’s involvement in addressing social issues through the theme “Architect | Activist.” Geier sat down with us to discuss his goals as president, what’s new with his firm (including a rebranding and future move to Brooklyn), and his design-friendly upbringing. 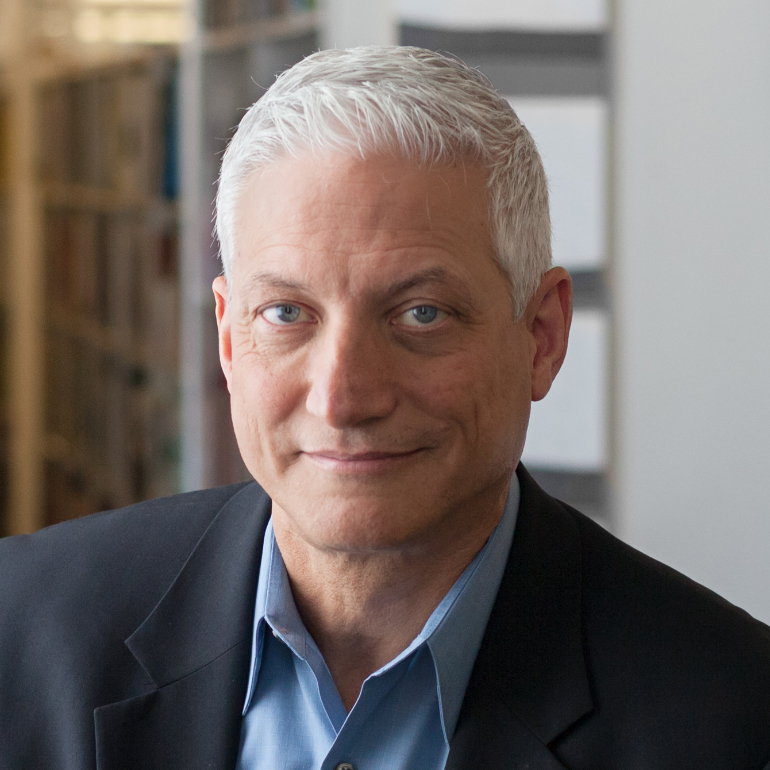 Guy Geier: Central New Jersey. My father, a retail furniture executive and interior designer, had the biggest early influence on me. In fact, both of my parents had a high sense of style and design, which surrounded me from childhood on. Ultimately, that led me to architecture school at the University of Virginia, where I cultivated my design-thinking capabilities and was exposed to a wide range of academic and cultural subjects.

GG: The profession must be more visible and involved in current societal issues, such as resiliency, climate change, homelessness, and affordable housing—as well as those affecting the practice, such as licensing, alternative delivery methods, and diversity/inclusion. These are not issues that the AIA alone can be expected to address; actions taken by individuals are necessary to achieve maximum impact.

ID: How will it build on last year’s theme, “Architects: Assembly Required,” chosen by David Piscuskas?

GG: During David’s tenure, AIA New York made great advances in terms of advocacy for topics such as design for aging, historic preservation, transportation, infrastructure, housing, the environment, and education. In so doing, the AIA raised the level of discourse with the New York City and New York State governments. I hope to build on those efforts and continue to work closely with public officials and governing authorities.

ID: Who are your biggest inspirations in the realm of architectural activism?

GG: Jane Jacobs recognized that urban renewal as it was being implemented in the 1950’s and 1960’s was not addressing the real needs of city dwellers. She took many unpopular positions, taking on well-known planners like Edward Bacon and Robert Moses. Her work continues to have an impact on planning and architecture today.

The New York City Landmarks Preservation Commission, formed in 1965 following the demolition of McKim, Mead & White’s Pennsylvania Station, has consistently protected the City’s architecturally, historically, and culturally significant buildings, neighborhoods, and parks. As a public agency, it is one of the most significant activist organizations in New York.

NOMA, the National Organization of Minority Architects, welcomes activist members that work to minimize the impact of racism on the practice of architecture and celebrate the talent and capabilities of minority professionals. Fifty years after Whitney Young challenged the profession to do more for minorities, NOMA is making architecture more diverse and inclusive.

ID: How can architecture solve today’s most pressing issues?

GG: Architects and the AIA must continue to apply smart and practical design thinking that brings solutions. Careful analysis of the problems, followed by testing of alternate approaches that include all of stakeholders in their development and implementation, can lead to incremental and ongoing positive change. We must also, as individuals and professional organizations, engage in politics and collaborate with our elected leaders to raise the level of understanding and awareness of the critical issues that all city dwellers face.

ID: Does your work at FXFowle tackle these issues?

GG: Environmental consciousness and design has been part of our DNA since the firm’s founding and we are now expanding that commitment to leadership in Passive House and bird-safe design. Through our internal groups, such as Women of FXFowle and FXFone, we are addressing diversity, equity, and inclusion of women and LGBTQ professionals in the design industries.

ID: Aside from activism, what are your goals as president?

GG: 2018 is a big year for architecture in New York City as the AIA Annual Conference, A’18, will be coming to the New York City for the first time in 30 years. In addition to the seminars and exhibits that will be organized by AIA National, locally AIA New York is organizing a wide range of building, neighborhood, and boat tours that will give architects from around the country and world the opportunity to experience the city.

GG: Columbia University School of Nursing is my most recently completed major project. We won this project in an invited design competition because we pushed the boundaries of the brief and took some chances in our solution that paid off.

I am also very pleased with a small project we recently completed for The Asia Society that transformed one floor of their Edward Larabee Barnes building into a modern, state-of-the-art workplace. This floor will set the tone for further upgrades to their offices and ultimately create a more open, collaborative environment for their staff.

ID: Which projects are you most proud of?

Rockefeller Brothers Fund: LEED Platinum was also achieved, but on a relatively small project (30,000 square feet) in a 1950’s building that did not have central systems set up for high performance. Through careful planning and use of highly sustainable materials and systems, the project was able to reach Platinum certification, an important goal for the client in line with its organizational mission.

ID: FXFowle just announced it will move into a Brooklyn building of the firm’s design. Tell me about that.

GG: We are very excited about the move to Brooklyn, although it will be a few years before the building is constructed and our space is fit out. One Willoughby Square was crafted specifically for Brooklyn: it promotes social and natural connectivity, allowing for wide-open work environments, something FXFowle is passionate about. Many of the project’s team members are Brooklyn-based, and once we became involved with JEMB (the developer) on One Willoughby, it felt like the perfect fit. Because we were designing the building, we were able to imagine what kind of spaces would attract sophisticated tenants—and we envisioned a building that had a sense of creativity and flexibility. We then had an epiphany and realized we wanted to move our own office into this building, since it perfectly reflected our company culture.

We are also excited about our new firm name, FXCollaborative, and how it reinforces our shared core values and the essence of working together. As part of the firm’s ongoing evolution, FXCollaborative builds on our history while establishing a clear identity for our practice as we head into the future.