With many high-profile, award-winning projects under his belt, Mok Wei Wei, the managing director of

, has fostered a unique identity for his Singapore-based architectural practice, combining a keen understanding of contemporary design needs and urban sensibilities with an in-depth knowledge of Chinese tradition and local contextualism. Having recently completed the

in the heart of the National University of Singapore campus, Mok Wei Wei discusses the unique design process and features of the museum that set it apart from any other projects by W Architects to date. 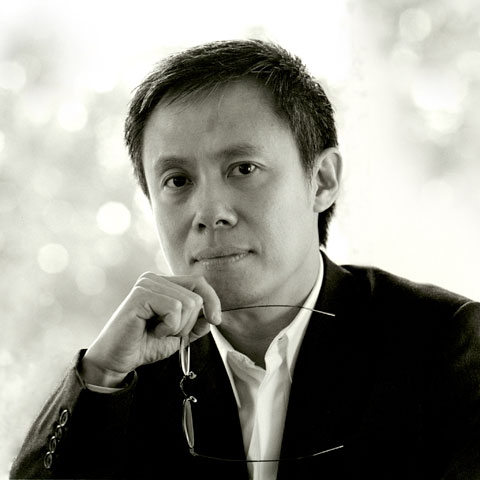 Interior Design: You have worked on a lot of civic and cultural projects in the past. Has this been a deliberate choice on your part?


Mok Wei Wei: Actually, we have only done three civic and cultural projects so far—Major refurbishments of

The National Museum of Singapore

(2006), The Victoria Theatre and Concert Hall (2014) and the purpose-built Lee Kong Chian Natural History Museum (2015). In fact, Singapore architects in private practices only started to become involved in civic and cultural projects about 10 years ago. Before that, these projects were mostly undertaken by the public sector architects.

ID: The boulder-like façade is a daring look for the Lee Kong Chian Natural History Museum.

What impact or statement did you hope to make with this design for the museum?


MWW: We did not set out to do a ‘daring’ building. Two factors drove the form making: the exhibition and storage of the specimens that did not welcome natural light, and a brief that called for the site to allow for future expansion. The result is a compact and windowless mass which was developed to be expressed as a rock. As a counterpoint to the building function, which is essentially a tomb (storage) for the dead (specimens), a ‘living wall’ of plants was introduced on the face of the rock.

ID: How is the Lee Kong Chian Natural History Museum different from other museum projects that you have worked on in the past?


MWW: The particular technical requirements of the storage and research spaces for the specimens set it apart from the other museum types.

ID: How did you decide which materials to use for the design of the building?


MWW: To achieve a raw and textured surface for the ‘rock’, the whole façade, except the cliff face, is cast in off-form concrete. The rest of the finishes were kept simple to give prominence to the ‘rock’.

ID: How does the building relate to the rest of the campus of the National University of Singapore?


MWW: The Lee Kong Chian Natural History Museum is located next to the existing NUS (Art) Museum and the Yong Siew Tow Music Conservatory. Clustered around the Alice Lee Plaza, these three institutions form the new cultural hub of the Campus, celebrating the synergy of art, music and science in NUS.

ID: As part of the collection within the museum, you had to incorporate the existing collection of artifacts from the Raffles Museum of Biodiversity Research. What were some of the challenges of inheriting and integrating this vast collection into the new building?


MWW: The new museum was built for the purpose of housing the historic Raffles collection, as well as new specimens that will be continuously collected as part of the scientific research of the institution. To bring in new specimens, a series of spaces are planned to have them prepared for preservation. The storage area is air-conditioned 24 hours a day. We also introduced a special sprinkler system which, when activated, will prevent the collection from being damaged.

ID: You have integrated natural landscape elements, like beach and cliff vegetation, around the building. How do these elements contribute to the larger story that continues within the museum?


MWW: The landscaping of this project is very special. Firstly, only native plants are used. They are grouped into 4 thematic areas, namely—the sea cliff planting on the façade; the mangrove swamp in the courtyard; the coastal landscape at the rear; and a phylogenetic garden that tells the history of plant life on earth.


The selection of plants in these thematic areas is based strictly on the actual environment they originally inhabited, thus creating a landscape feature that is not only visually appealing, but is content driven and serves as an educational tool.


Ironically, it was difficult to source for these local plants in the commercial nurseries because over the years, we have not been using them in the landscaping of our Garden City.

ID: What are some of the eco-friendly features that are part of the museum design?


MWW: In the 24-hour air-conditioned exhibition and storage areas, solar penetration is cut down almost completely because of the windowless design. The sea cliff planting on the façade also acts as a heat screen. Internal insulation further reduces heat gain into these high energy consumption areas. On the campus level, the Museum’s energy is served by a district cooling system that optimizes consumption.

ID: What are you hoping that people will take away after their visit to the museum?


MWW: That we are living in one of the most bio-diversified parts of the world.


What projects are you working on now?


MWW: We are currently gearing up for our next civic/cultural project.