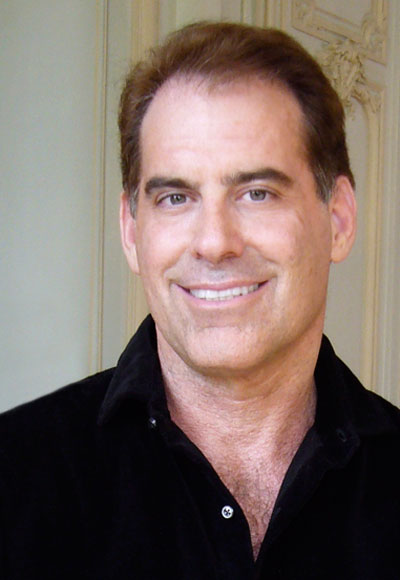 One of the most accomplished design minds working today, Los Angeles- and Paris-based designer

brings vitality and comfort to some of the world’s most exquisite residences. His clientele—royals, celebrities, and global tastemakers of every sort—trust Corrigan to respect every square inch of a property while infusing it with personality and flow. In addition to his work on historical structures and ambitious new builds, he’s appeared on highly regarded design programs, designed the “greenest” green room ever for the

, and resided in the landmark

Here, Corrigan shares his perspective on LA’s look, enduring influences, and why we must avoid being slaves to structure.

Timothy Corrigan: We have to update historical places, otherwise they become museum pieces. I prefer doing restorations of older historical buildings because it forces me to stretch more. Good design is flexible, and doesn’t require specificity of use. The benefit of a new structure is that you have this new, clean sheet of paper. In that case it’s about anticipating how people are going to live a hundred years from now. Look at how a building was originally intended in, say, 1920, and how differently we live now.

We’ve done a lot of work renovating a 17th-century monastery, turning it into a house for today. This has been a pleasure because the rooms were designed as multipurpose. That’s part of the reason they still work. Only later did things become, “This is the dining room; this is the bedroom.”


ID: You’re based in Los Angeles, a city with a very unique allure for architects and designers. What about L.A. inspires you?

TC: I don’t think that there’s a defined look here, the way people would say, “That’s very ‘New York,’” or, “That’s very ‘Atlanta.’” In L.A., you can be whoever you want to be, and create whatever you want to create. You can be traditional or the most cutting-edge contemporary. The thing that runs through any of those styles in LA is a mindset based on comfort. I find San Fransisco very beautiful, but the design can be rigid. We take the look a couple of degrees down in L.A. That’s where the world is going, and one of the reasons we have done so well as a design firm.

I believe comfort is more than how things feel when you sit down. Half of the materials we use for interiors are outdoor fabrics that can be lived on, spilled on. I’m designing a line of fabrics for

now, which is very in line with that philosophy.


ID: What are some of the big architecture projects currently on your plate?

TC: I just flew in last night from Qatar, having been there for thirty-six hours. We’re working on a beach palace. I was there last week, and I’m going there next week! We also have an incredible 1920s landmark home in Beverly Hills, a big project in La Jolla, a prewar co-op on Fifth Avenue in New York City, a ski lodge in Tahoe, and a house in Hawaii.


ID: How do you keep such a wide spectrum of projects on point?

TC: It sounds basic, but I don’t believe you have to be a slave to a structure. I believe that architecture has to work for the individual. Take the living room, a perfect example. People generally don’t use their living rooms. That’s such a waste. We always want to ask, “What is it that we can do to make you go into that room? How will you use it?” We had a client with a big house in Bel Air. They never, ever used the living room, so we started talking about them about their interests. It turns out that they love their wine cellar. I said, “Let’s make your living room into somewhere to enjoy the collection.” We created this refrigerated mahogany cabinetry, inside of which is an area to eat and bookcases for their wine books. Now it’s a place where they actually entertain, one of the most used rooms in the house.


ID: Do you have a general rule of thumb for interacting with clients?

TC: I like to get intimately involved in my clients’ lives, so I can anticipate the things they need. That comes about by creating a sense of intimacy and trust. If a client is always questioning everything, they’re communicating that they don’t trust you or the process. We once did this big project where a client, halfway-through, said, “We don’t have to meet again. Just deliver on time. You get it.” We proceeded to over-perform, because we’d been given this vote of confidence. Fifty- to sixty-percent of our work is former clients buying a new or second home, because they know how we work and vice versa.


ID: Do you find satisfaction in taking on public spaces—hotels and other hospitality venues?

TC: You can do “bells and whistles” with a hotel, but the package tends to be more basic. I’m not sure that hotels are a great way to push new ideas. It requires a watering down of design when all the factors—durability, cost points—come into play. Often times one ends up with something other than the intended vision.


ID: Do your clients ever get caught up in trends, requiring you to do some debating?

TC: They’re more aware of this or that product, but eighty-to ninety-percent of what comes up on our jobs is one-of-a-kind, either a piece of furniture we’ve designed or an antique. Because of that, product awareness doesn’t come into play as much. However, it is a pleasure to work with someone who has a great frame of reference.


ID: What are you noticing on the business side of things, several years after the start of the recession? Is strength returning to the design industry?

TC: I notice that our suppliers and contractors are getting busy in a way that they weren’t for a long time. Construction pricing is going back up again, and for a while it was definitely a buyer’s market. Miami has picked up after such a tough time. Arizona had a horrible time and is beginning to turn. Fifty percent of our work is international, and I’ve feel lucky to have such a diversified portfolio. When it’s been slow in the US, it’s maybe picking up in Russia.


ID: How hands-on do you like to be during construction?

TC: Decisions need to be made every day, throughout the construction process, which can translate to huge costs. I always encourage clients to build into their budgets a lot of site visits because, in the long run, it’s less expensive and you get a better product. A lot of architects don’t think about how people really live. For us, the key is to get your architect, designer, and landscape person together from the start.


ID: Are there structures that have endured for you as a source of inspiration, or perhaps early instances when you were engaged with good design?

The Museum of Islamic Art

in Doha, Qatar, comes to mind. IM Pei came out of retirement to make it, and said, “I’ll do it, only if it’s built on a site which will never be obstructed.” Now, no matter where you are in the city, you see this beautiful structure. I’ve been back five times because I am so struck. There’s an incredible skylight at the top, and when you look up at it, it’s as if you’re looking up into infinity. You’re looking into the eye of God.

Further back, I think about my father, who founded

. I was ten or eleven, and they were designing a black box theater. The entire thing moved, and everything was on lifts, with a two-foot grid that could be raised or lowered. I was so stuck by that notion. It comes back to my philosophy of not being a slave to the structure. Let the structure work for your needs.