Visionary architect Zaha Hadid is being memorialized in today’s Google Doodle. A temporary alteration to the search engine’s homepage, the Doodle nods to holidays, events, achievements, and people through whimsical sketches that interact with Google’s iconic logo. Google partnered with Serpentine Galleries to present a VR retrospective of her lifelong achievements in architecture, art, and design. 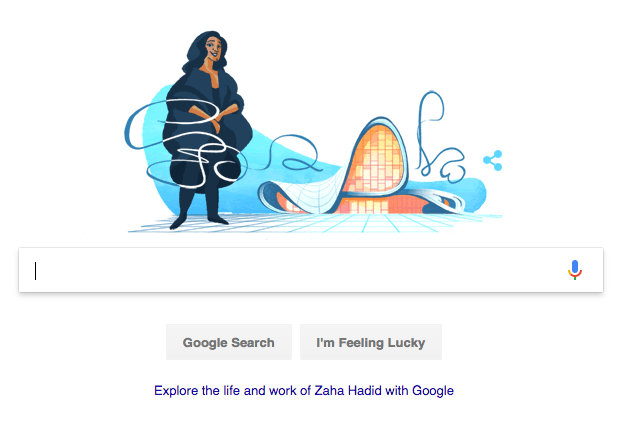 The Iraqi-born architect, who became the first woman to receive the prestigious Pritzker Prize (2004), passed away suddenly in March 2016. One of history’s most successful, controversial, and groundbreaking architects, Hadid designed buildings with striking curvilinear forms that upend ideas of spatial perception. Influential and revolutionary, Zaha’s projects span the globe and include the Museum of XXI Century Art in Rome (2009), the Guangzhou Opera House (2010), and Galaxy Soho (2012) in Beijing. Below and in the slideshow, we examine her career-defining projects.

> View the slideshow for more projects