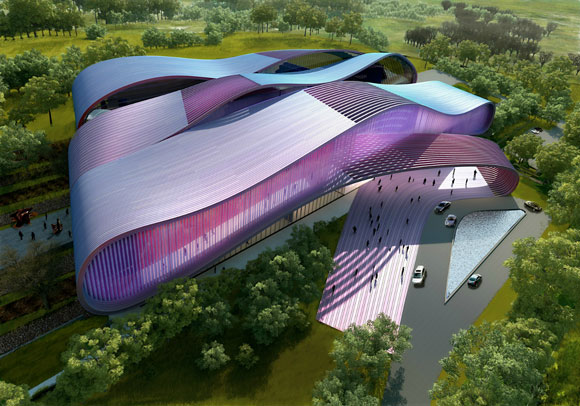 The European Centre for Architecture Art Design and Urban Studies

have announced the winners of the 2013 American Architecture Awards. Now in its 12th year, the awards were this year selected by a jury of Greek architecture professionals. 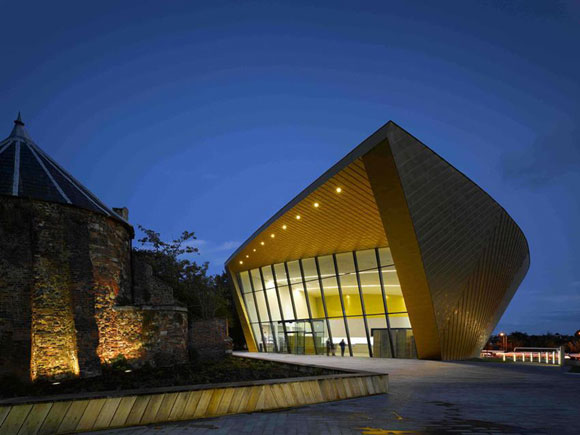 
“The 60 winning buildings and urban planning schemes,” says Chicago Athenaeum museum president Christian Narkiewicz-Laine, “have a collective view and a clear vision on what constitutes architectural excellence by America’s most esteemed design practitioners designing, not just in the United States, but also in Europe, Asia, and the Middle East.”

The new skyscrapers, commercial projects, religious and civic buildings, and interiors, says Narkiewicz-Laine, “involve the visionary balancing of the complexities that any building project of merit will have faced with aesthetic, sustainability, and conversation considerations, as well as the local context.”

The full group of projects will be shown at the 14th International Biennial of Architecture Buenos Aires, from September 19th through October 15, before moving to The European Centre’s Contemporary Space Athens, and then touring Europe. 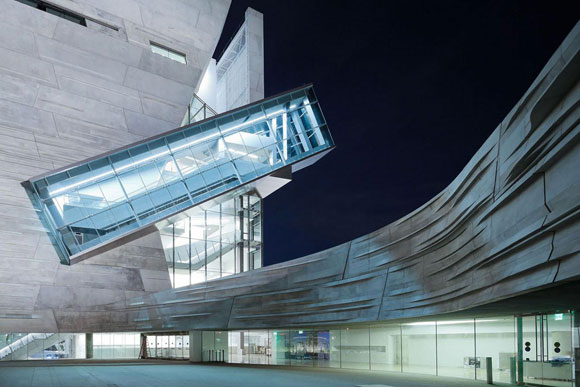 2013’s Perot Museum of Nature and Science in Dallas, by Morphosis Architects.