For the past two decades,

has been a favored stomping ground for uncovering high-end, one-of-a-kind and vintage pieces. To celebrate their 20th anniversary, Adam Blackman and David Cruz threw a party at their Los Angeles showroom where they debuted new work from their own product line, BC Workshop.

In true Blackman Cruz style, one can expect the unexpected with their new introductions: cast bronze plywood tables, a sconce held with a bronze hand that verges on creepy, brass leather stools that resemble molars, monolithic walnut totems and other fresh interpretations of American vernacular furniture. 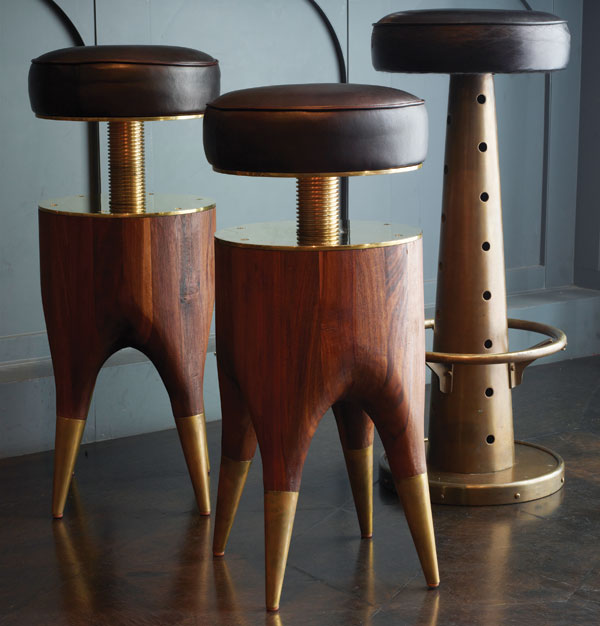 For their debut, the pieces were staged with work from artists Blackman Cruz represent—

. “These artists, like us, use cast glass, bronze, exotic woods, leather and found objects in an exciting and poetic way,” says Blackman. “The new items in the BC Workshop Line draw inspiration from classic, modern and organic forms thus making them adaptable to a diversity of styles.”