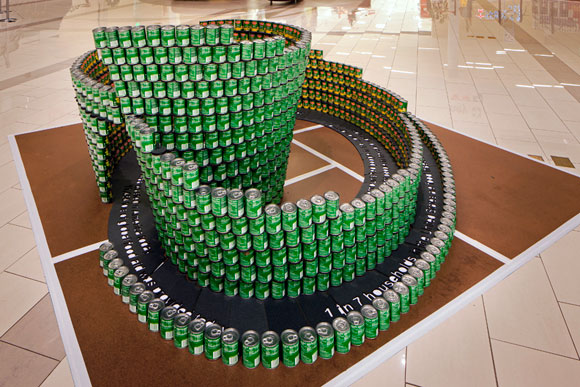 In what marks the seventh-annual

design and build contest, six teams of architects, designers and engineers will use cans of food to generate donations for the

. This year for the first time, the event will be presented as part of the

. The structures will be on display at the city’s Farmers and Merchants Bank Building on Thursday, January 10, 12pm-10pm, and on Friday, January 11, 11am-7pm. 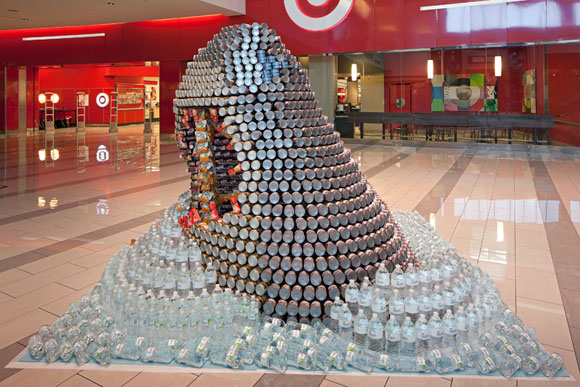 “Take a Bite out of Hunger” by RTKL, winner of Jurors’ Favorite Award 2011. Photo by Tom Bonner.

“Canstruction LA was organized as a way for the design industries to contribute to the problem of hunger in Los Angeles County,” says Julie D. Taylor, Hon. AIA/LA, one of the original members of the Canstruction LA Steering Committee. “We have engaged some of the biggest names in architecture, construction, and engineering, who have consistently amazed us with their creativity and dedication to the cause,” she continues.

After the exhibit, all the cans will be donated to the Los Angeles Regional Food Bank. Rather than charging admission,

, the organizer of Canstruction LA, encourages the public to donate to the Food Bank directly by texting FEEDLA to 80888 for a $10 donation. 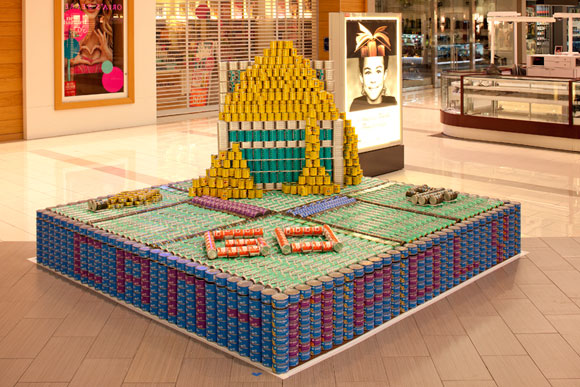 Callison and KPFF Consulting Engineers won Best Use of Labels Award in 2011. Photo by Tom Bonner.