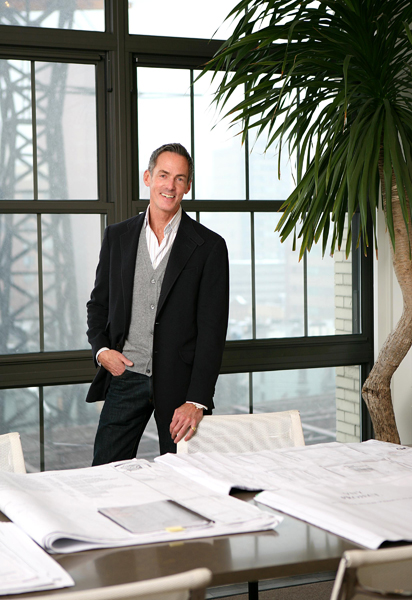 David Kleinberg is one of the most respected names in interior design. Over a thirty-year career, with projects reaching around the world, Kleinbery has created a body of work that is wide-ranging in style yet always modern in sensibility.
After graduating from Trinity College in 1976, Kleinberg explored the New York design world while working first at Denning & Fourcade and then at Mara Palmer. His talents were further honed during sixteen-year tenure at the venerable Parish-Hadley Associates where he became Mrs. Parish’s right hand and was further mentored by Albert Hadley. Kleinberg left the firm in 1997 to start

. Since then the firm has grown exponentially and employs 25, servicing a roster of international clients with residences spanning the globe.

(Monacelli Press), a compendium of more than twenty residential interiors. In the same year he received the honor of being inducted into

magazine’s Hall of Fame. Kleinberg has also been named to

magazine’s “A-List”, which profiles 25 top designers. In addition, Kleinberg’s work appears regularly in every major design and lifestyle publication, including

Kleinberg has designed two rug collections for Patterson, Flynn & Marti that are available in decorative showrooms nationwide. His most recent collection, Return to Tradition, launched in the Fall of 2011.

“When looking back, our biggest compliment is the repeat business from our clients. We regularly complete several projects for each and in every case the clients are looking for something different. I strive to evolve and change direction, not to repeat,” says Kleinberg.