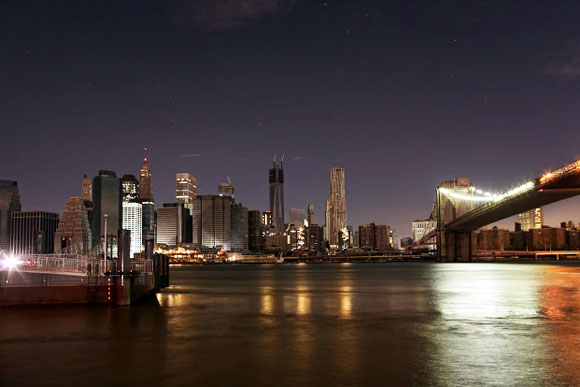 When Hurricane Sandy slammed into the East Coast at the end of October, it morphed into a massive system that set residents and businesses in at least six states on a long road to recovery.

tapped into the New York design community to share some of its stories and ignite efforts to rebuild what was lost.


“When Sandy came ashore, she brought with her about six feet of brackish storm surge and delivered it right into our Red Hook studio,” says Kavesh and Emrys Berkower, owners of

, a Brooklyn-based design and manufacturing studio. “She trashed our space, submerged our machinery, ruined raw material, and destroyed our offices and showroom.” Donate 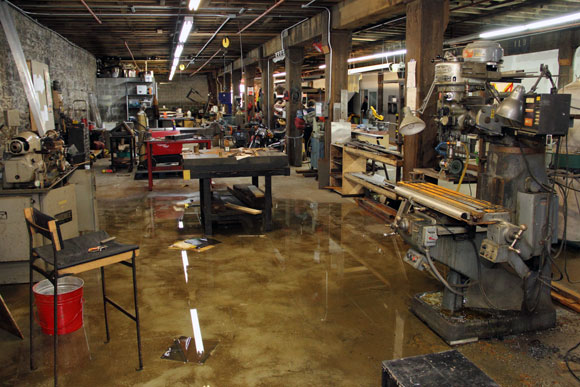 , and several of his studio’s designers teamed up with local surfers and staffers from nearby shop

“While I and the other designers felt great helping people out, there remains much, much more to clean up,” says Aizaki. “At Crème we are very interested in exploring smart ways of rebuilding these vulnerable coastal communities to ensure long-term prosperity.” 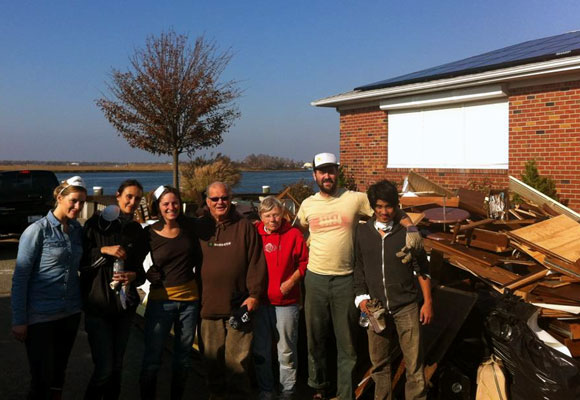 Crème teamed up with Pilgrim Surf + Shop to visit Long Beach on November 10, 11 and 18, helping to start what will be a long restoration process for the surfing community.


“We had two of our events affected by Hurricane Sandy,” says David Stark of

. “One was to be held at the American Friends of the Israel Museum on Monday, the 29th, the day of the storm,” he says. “It was tough as vendors were ready, trucks were packed and we were ready to install, however, we made the right call by cancelling. In some instances vendors lost perishables. It was a tough time, but we are coming back, working together to find solutions and planning the event in the near future.”

was preparing to exhibit at

when designer Lydia Paulo heard her company’s booth, stored in a warehouse, was badly damaged due to flooding. She was forced to come up with a quick solution. “Within hours of getting the email alerting me to our damaged booth, I had a new borrowed booth arranged, with furnishings, as well as a scheduled pick-up of our replacement goods for the show,” says Paulo, who herself was stranded in Atlanta.

“George Little Management (GLM), who oversees BDNY and Freeman, owner of the warehouse, really stepped up to the plate and offered all of these items free of charge to all vendors affected by the flood, says Paulo. “I believe there were 25 to 30 companies that were in the same situation as we were!” 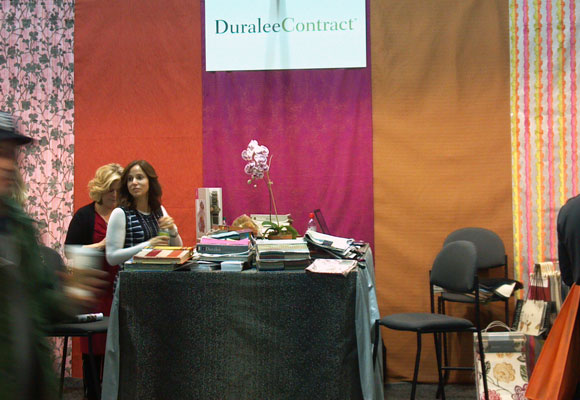 Thanks to Lydia Paulo’s creative brainstorming and assistance from her team and staffers from GLM, Freeman and the Javits Center, the company’s BDNY booth was saved.

, is located Bellmore, NY, another south shore community of Long Island that was badly damaged. Teich’s newest client, a family in neighboring Oceanside, suffered terrible water damage. Water from the flooding destroyed the entire first floor of the home. “They lost all of their furniture, the kitchen cabinetry, all the flooring including tiled spaces,” recalled Teich. “All of the electrical and appliances in the entire house must be replaced due to damage from the saltwater. I had not worked with them people prior to the storm and we are currently working to help them rebuild.”

Marlaina Teich’s newest client’s home in Oceanside, NY, suffered terrible water damage, so much so that the family’s insurance company deemed the home a total loss.


The New York chapter of

was scheduled to hold “Eat. Drink. Inspire., ” a tasting event on November 12 with proceeds going towards scholarships for students in culinary, design and hotel operations. The event has since been rescheduled for December 10 due to damages suffered by Hurricane Sandy. “Canoe Studios, our venue for the tasting lost power and was down for awhile due to flooding in the building,” says Tara Mastrelli, president of NEWH New York and brand consultant, MBLM.

our version of an extreme makeover

, to help a handful of restaurants and bars in South Street Seaport rebuild,” continues Mastrelli. “We solicited donations directly from the industry show floors at IHMRS and BDNY and have designers, architects, vendors, trucking and warehouses committed. We also worked to connect hotels wanting to donate furniture and furnishings to neighborhoods that need it most, especially in the Rockaways and Staten Island. We have 300 liquidated hotel rooms donated to date, and are working out how to best distribute them on an ongoing basis with the Mayor’s office.”