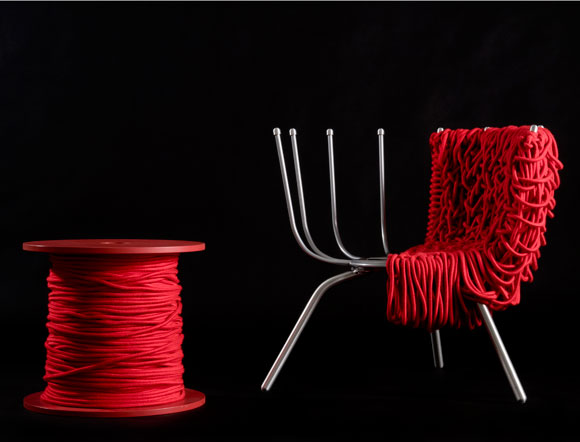 The bones of Edra’s Vermelha chair will be on exhibit at the ddc showroom in New York for “In the Raw.”

Beginning October 29, visitors to the


Titled “In the Raw,” the exhibition will feature the manufacturer’s most well-known pieces, such as the Fervela and Vermelha chairs, shown at mid-production, revealing the bones of the furniture beneath the surface and enlightening visitors to the layers of the design process. Brittany DeGirolamo, marketing manager, ddc, describes the show as highlighting, “Edra’s unique and eclectic designs in their raw form, allowing viewers to see the structural details.”


Edra was founded in Tuscany in 1987 and was built on the legacy of fine craftsmanship built by the Mazzei family, who have been making furniture since 1949. Their unique designs are inspired by Tuscan artistry combined with a dedication to innovation and technology, resulting in an often playful aesthetic. The Greek word “exedra”, which means a place for conversation, was the inspiration behind the company name, and is representative of the manufacturer’s commitment to research, ingenuity, and performance.

and its editor in chief, Cindy Allen, the exhibit opening will be held at the ddc showroom at 136 Madison Avenue in New York. 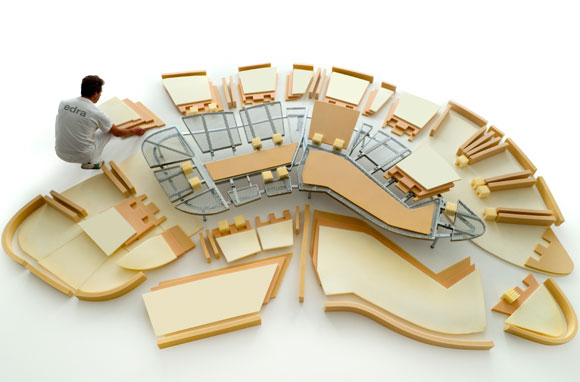 Piecing together a Flap sofa by Edra.