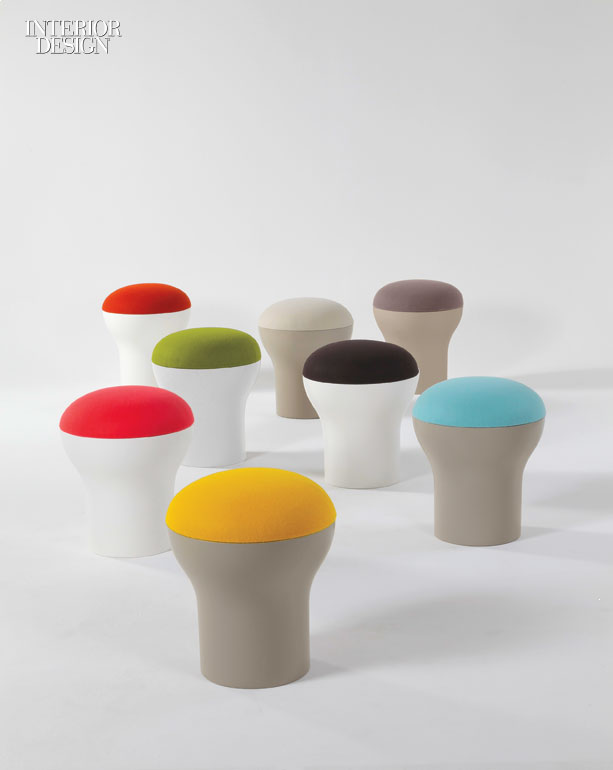 Though little known in the U.S., Roger Tallon was one of the most prominent postwar French designers. He created the high-speed TGV railroad car, an iconic television set for Téléavia, and the Lipp series of watches, among many other accomplishments. In 1969 Tallon was commissioned to envision the interior of a restaurant in Paris’s Grand Palais, for which he designed the lithe and lively Cryptogamme stool. Although the café itself was never realized, the stool had been produced in a limited run. Now it gets a revival courtesy of Sentou, a pioneering French design store that opened in 1947 and that doubles as a wholesale producer of furniture and accessories. The polyester-lacquered resin base is available in white or gray, while the wool cushion comes in eight colors. Cryptogamme stands 20 inches high and measures 16 across.

> See More from the Spring 2016 issue of Interior Design Homes