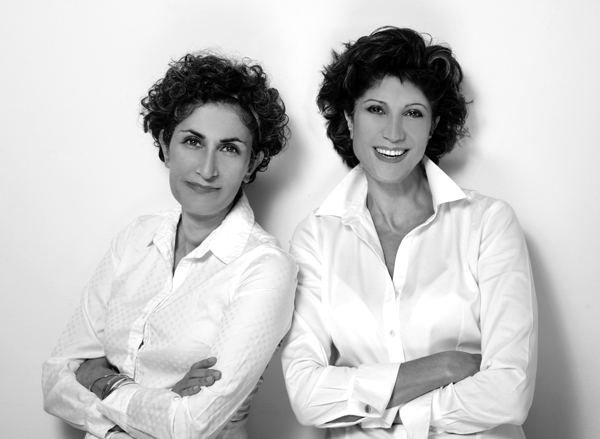 Established in 1986 by Cornell educated sisters, Gisue Hariri and Mojgan Hariri, New York City based HARIRI & HARIRI is internationally known for creating their own visionary brand of conceptual yet experiential, provocative yet poetic designs. The firm?s integration of dynamic architectural forms, digital technology, inventive materials and a social agenda has defined their practice for over two decades. Hariri & Hariri have been recognized for the quality and originality of their work with numerous awards, such as the prestigious American Academy of Arts and Letters Academy Award in Architecture among others. Consistently creative and evocative, Hariri & Hariri are leaders in their field with highly visible multi-family housing developments, commercial and institutional projects, and private residences of national and international significance.

Hariri & Hariri ? s projects are about the experience of a place, of light, space, form and material. Their approach is rooted in a firm belief that design is fundamental to improving quality of life and with an integrated, unified approach it can become a total WORK OF ART. Through dedication to the research and construction of innovative ideas, the firm has been commissioned for a number of high profile projects, including the now iconic Sagaponac House, the first of numerous homes by internationally acclaimed architects gathered by Richard Meier and the late Coco Brown for his ? Houses at Sagaponac ? development in Long Island, New York. In August 2006 they were announced as the winners of an international competition for ? Sternbrauerei Salzburg, ? an $80 million USD world-class residential and mixed-use development to be built near the historic center of Salzburg, Austria. The complex includes eight new apartment buildings including an art gallery, spa facilities and a public garden and promenade with a variety of other amenities for residents, which is now near completion.

March 2006 saw the publication of Hariri & Hariri Houses, the firm ? s second monograph, published by Rizzoli International Publications with a foreword by Richard Meier and an introduction by Paul Goldberger. The book is the culmination of twenty years of residential projects with featured homes in California, Connecticut, Long Island, Miami, New York City and The Hague, Netherlands. Their most recent monograph, Hariri & Hariri – Buildings & Projects, was published in 2010 by The Images Publishing Group.

Other current projects on the boards include: a mixed use residential/retail in Xi ? an, China, a residential development in Cape Cod, a mixed-use office/residential building in Dallas ? new Arts Center, and a Masterplan for the City of New Rochelle ? s Armory and Waterfront Area.


<< Back to All Hall of Fame Members