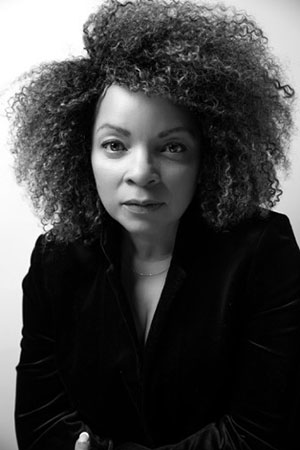 The annual IIDA LA Leaders Breakfast is upping its game with ties to culture. Make that the cinema and general zeitgeist given this year’s keynote speaker and honoree. The former is twice Oscar-nominated costume designer Ruth E. Carter (pictured).

Her most recent work in the blockbuster Black Panther plays a vital role establishing the film’s characters and its cinematic universe. Rerun Selma, The Butler, and Malcolm X for more looks at her intricate craft.

This year saw a unique phenomenon with the Pussyhat Project. Those pink knit caps, on women and men alike, crowded the streets of New York; Washington, DC; Los Angeles; and cities spanning the continents in more than 600 political rallies in a single day. Credit their creator, Jayna Zweiman. Who knew? The knitter was a trained architect. When an injury left her unable to work or exercise, she needed to find a hobby during rehab time. Enter her screenwriter friend Krista Suh and the Little Knittery a local LA yarn store where they learned to knit and crochet. Knitting circle talk turned to politics and women’s issues. The upcoming January Women’s March in the nation’s capital mandated warm headgear. Voila, a symbol and movement were born.

Learn more from these stellar women firsthand on September 13 at the InterContinental Los Angeles Downtown, aka the Wilshire Grand.