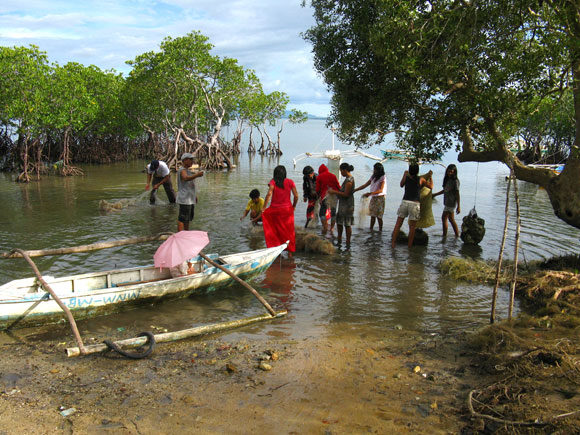 Net-Works was piloted last year and successfully gathered one metric ton of nets in the first month.

has been given the green light. The program, called Net-Works, was created in order to tackle the growing environmental problem of discarded fishing nets in some of the world’s poorest coastal communities, such as the Philippines where it is being tested.

Once the nets have been collected, Interface will incorporate the nylon, which is the same material that is used to make carpet yarn, into its manufacturing. Net-Works is set up to ensure that villagers will get the best possible price for the nets.

“Net-Works is certainly an unusual partnership,” says Nigel Stansfield, vice president and chief innovations officer at Interface. “A carpet tile manufacturer working with a conservation charity is not commonplace. However, what makes it really special is the social dimension, and our aim to redesign our supply chain to have a socioeconomic benefit and encourage people to change their behaviors with respect to net disposal.” 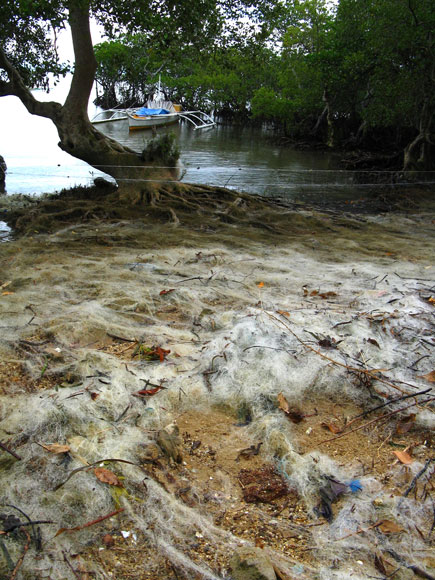 The effect of old nets on marine life along the shore of Danajon Bank, an environmentally threatened coral reef in the Philippines.

The program was piloted last year and successfully gathered one metric ton of nets in the first month alone, along the shore of Danajon Bank, an environmentally threatened coral reef in the Philippines. Interface has plans to incorporate these collected nets in its manufacturing process later this year.

Moving forward in April, nets will be collected by fisherman in 15 local villages in the Philippines. Ultimately, this will provide support to 280 impoverished households (roughly 1,400 people), most of which have an average monthly income of $195. The goal is to collect 20 metric tons of nets by the end of the month.