Interior Design’s Most Popular Projects of 2017

We round up the most popular projects published on InteriorDesign.net in 2017. 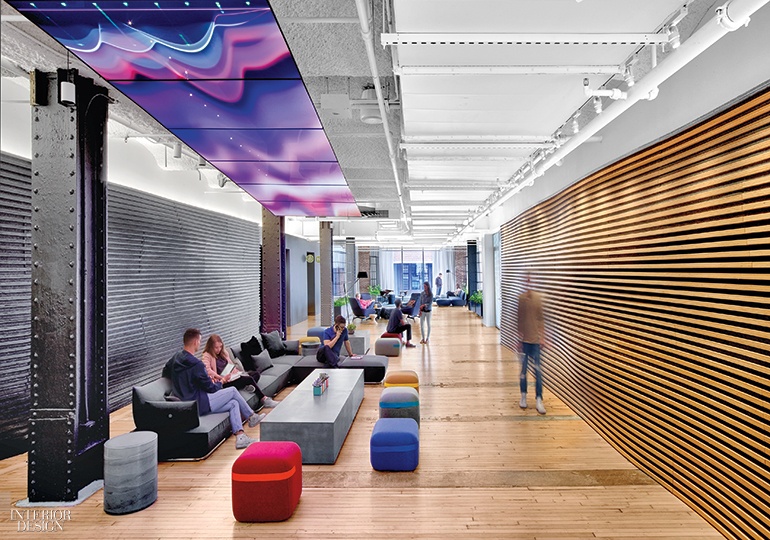 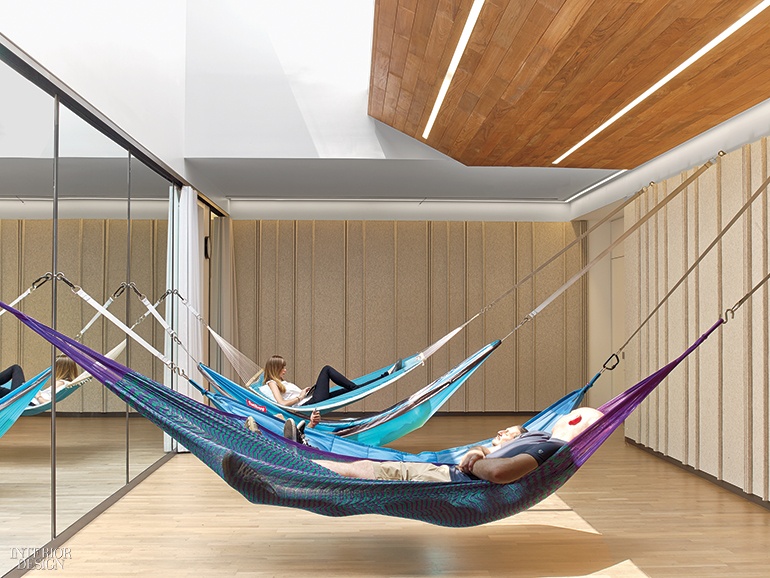 In view of the High Line park and the Hudson River, an easy arm’s length from the foodie mecca of Chelsea Market, and a stone’s throw from the meatpacking district’s mayhem, Google has a new home. With space split between two Chelsea landmarks, National Biscuit Company buildings from 1898 and 1913, and revamped by Interior Architects, the search engine’s sales team enjoys impressive digs that are nevertheless decidedly understated. The goal here was to play against type by celebrating the low-tech and the local. 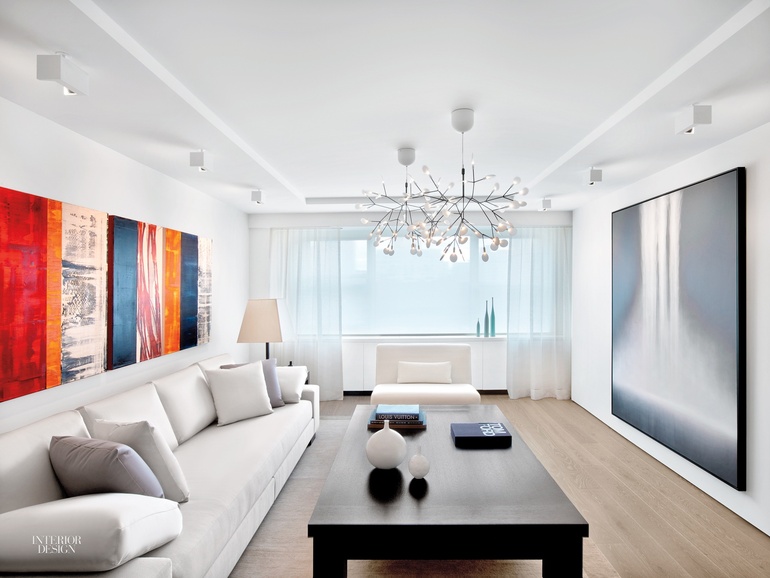 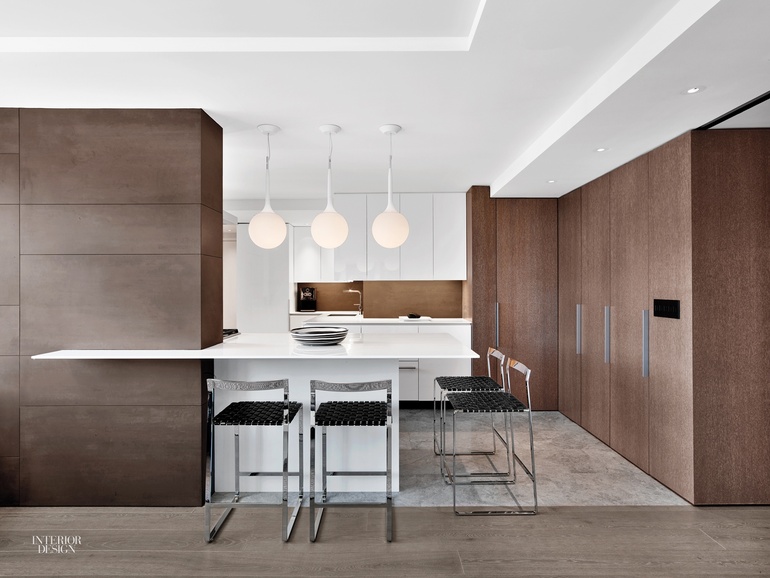 Luckily for one New York couple of empty-nesters, Interior Design Hall of Fame members Gisue Hariri and Mojgan Hariri know a thing or two about family dynamics—after all, the sisters are now in their fourth decade of running Hariri & Hariri Architecture, having previously studied together at Cornell University. And they used that knowledge to settle the couple into a more compact home while, at the same time, expanding their horizons. 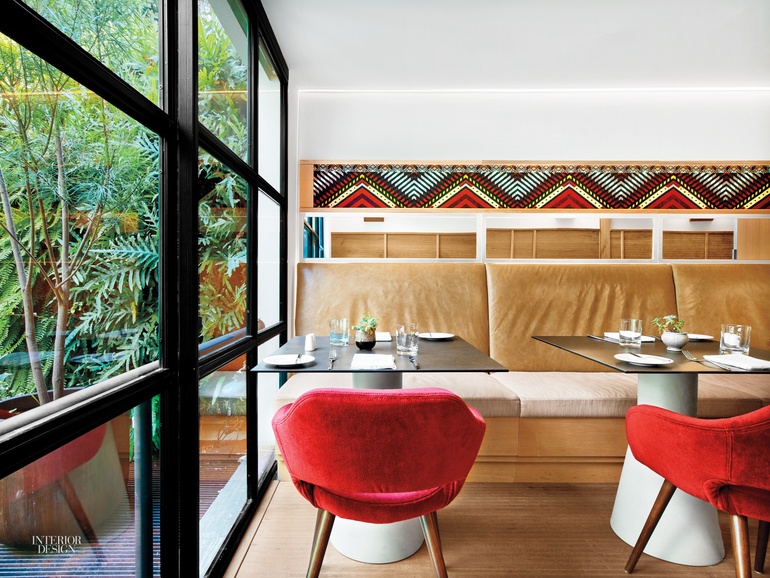 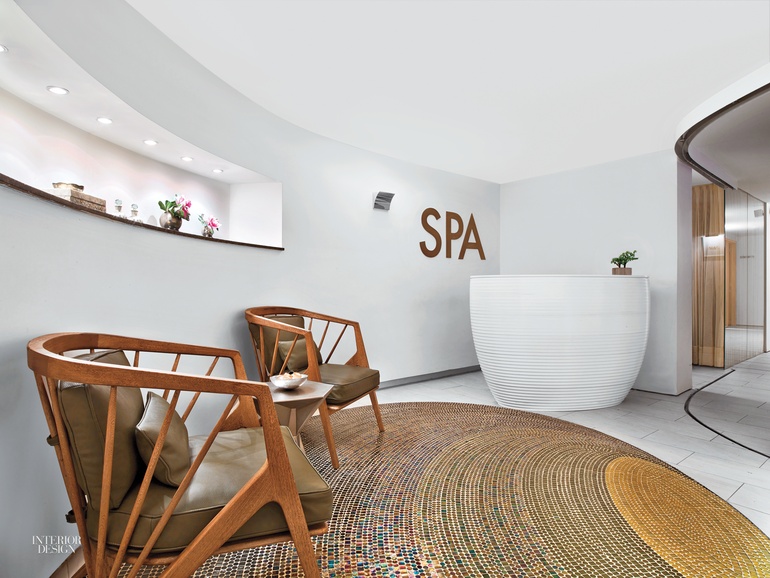 Rottet Studio tackled not one but two Four Seasons Hotels Limited properties in Bogotá. The larger and more centrally located one, in the hopping Zona Rosa district, is the Four Seasons Hotel Bogotá. It comprises a row of three 1980’s brick buildings vaguely neoclassical in style and long operated as a different hotel. Once Four Seasons signed on, the doors closed for 16 months while Rottet and senior associate Chris Evans flew in from the U.S. to work their magic. 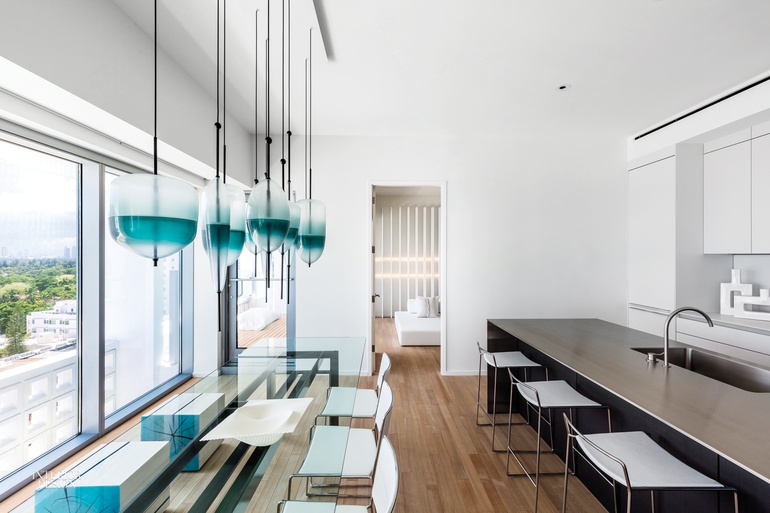 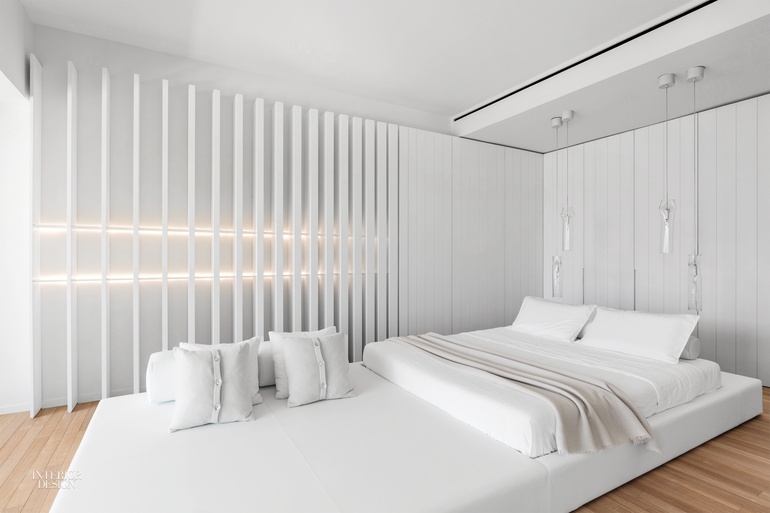 A laid-back, sand-between-the-toes spirit pervades this sophisticated pied-à-terre. “The look is intentionally unusual, but there’s also a sense of fun because we’re in Miami Beach,” Alessandro Isola says. It’s a vision in white, accented by water tones. The apartment is one of 26 that Interior Design Hall of Fame member John Pawson conceived for the Ian Schrager Company’s Residences at the Miami Beach Edition. Working within Pawson’s characteristically minimal 1,500-square-foot layout, Isola delivered a two-bedroom that can accommodate a couple and up to four children. 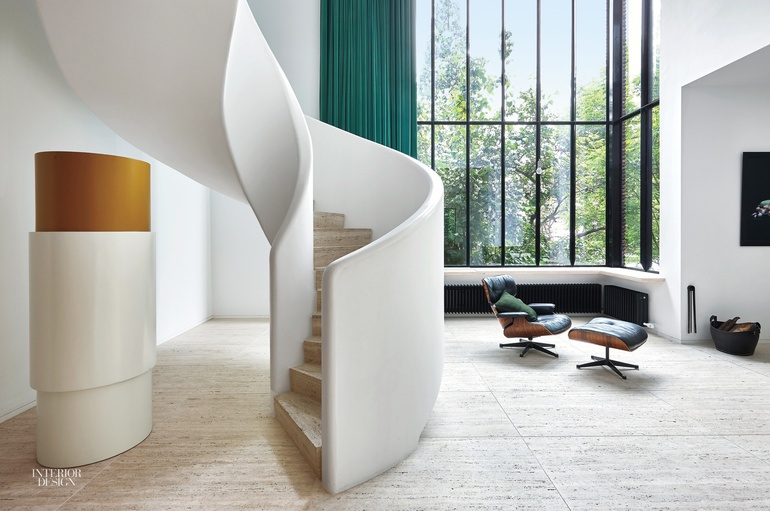 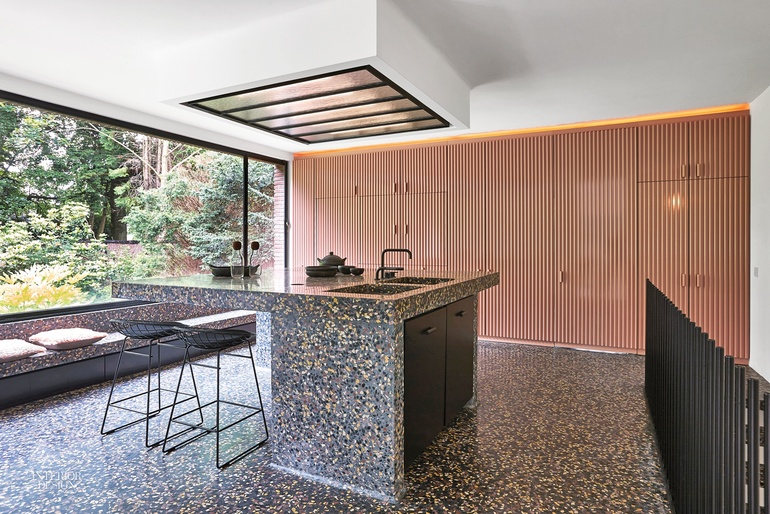 First stepping into this house in the leafy suburbs of Antwerp, Belgium, architect Dirk Engelen saw an unhappy mishmash of eras. The structure, built in 1936, had been remodeled twice, first in the 1950’s and then in the 1970’s. “The original details were lost. The huge front window was half boarded-up, and the flying staircase was very ’70’s,” he recalls. Consulting the building drawings confirmed that there was nothing of the 1930’s interior left, save the old radiators. Engelen stripped out everything else, including the partition walls, resulting in an open-plan 6,400 square feet on three levels. 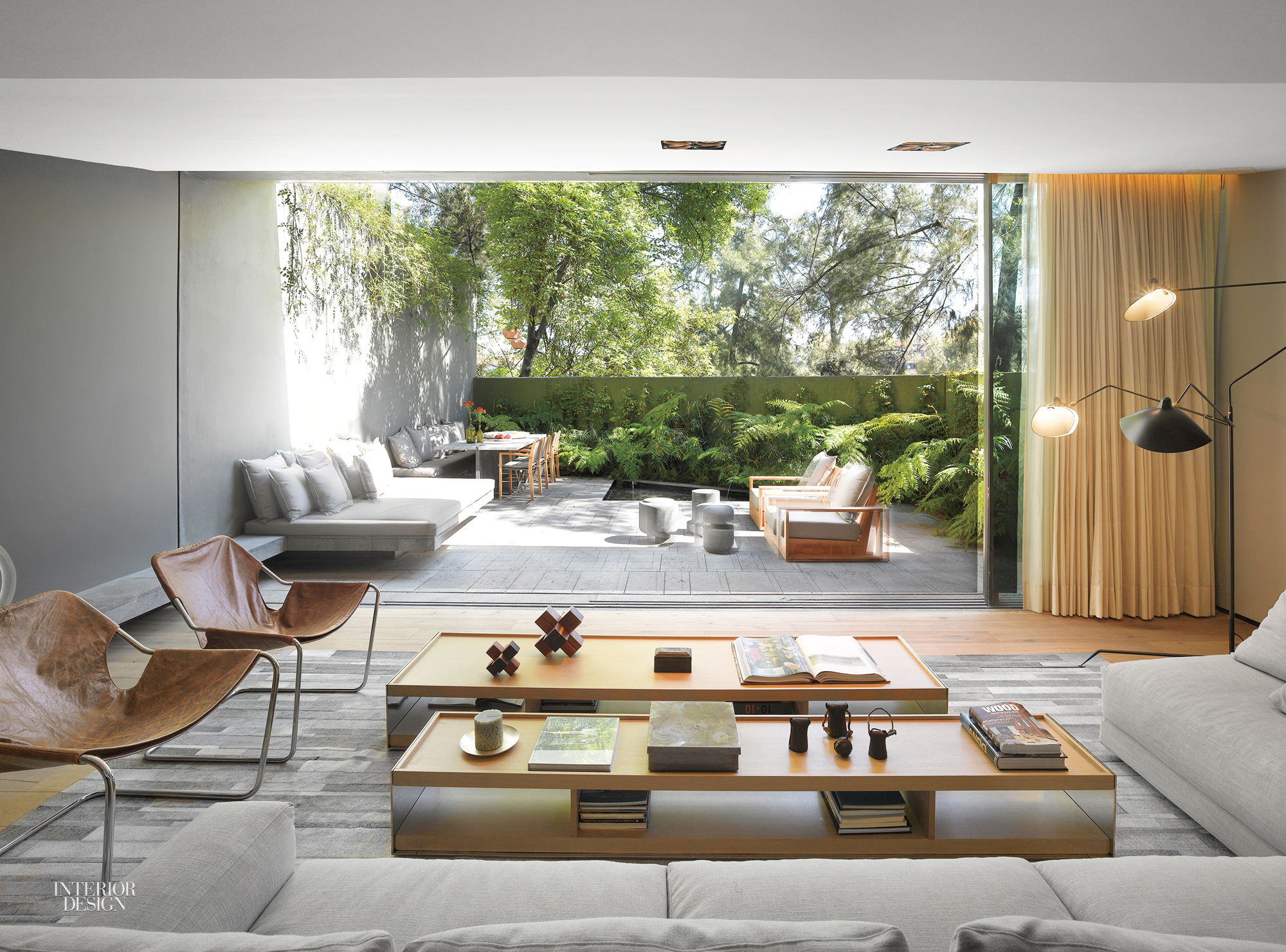 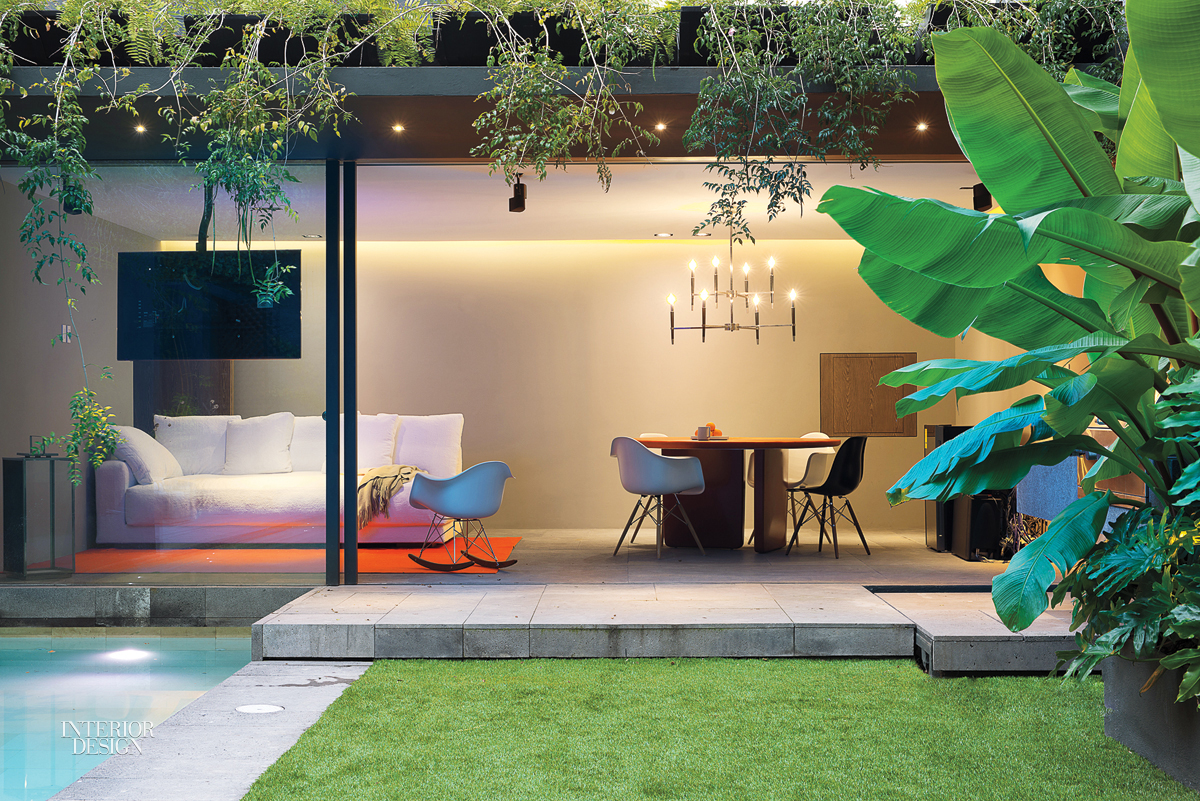 Six years ago, a real estate developer bought an unremarkable 1970’s house in Mexico City with the plan of remodeling it into an exemplar of indoor-outdoor living. It proved impossible, however, to find an architect who shared his vision of transforming the building rather than demolishing it. Then luck struck. On the recommendation of a friend, the developer approached designers Ezequiel Farca and Cristina Grappin, who eagerly accepted the challenge of overhauling the home while staying within its existing four-story typology. 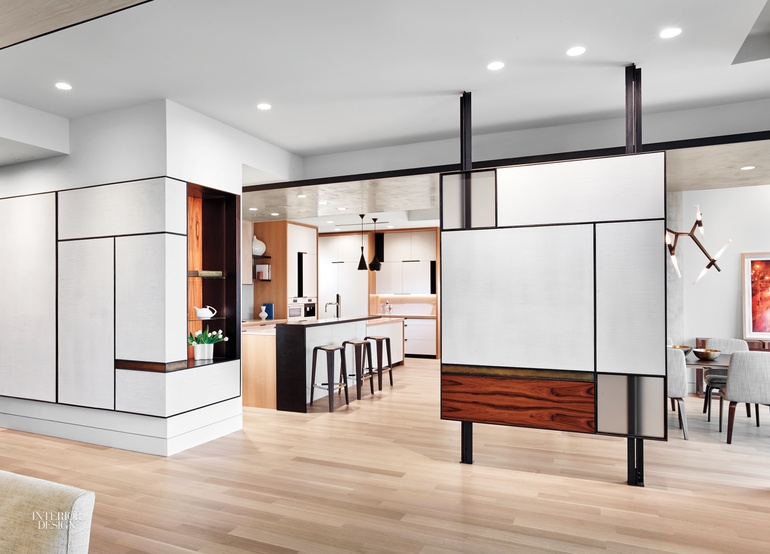 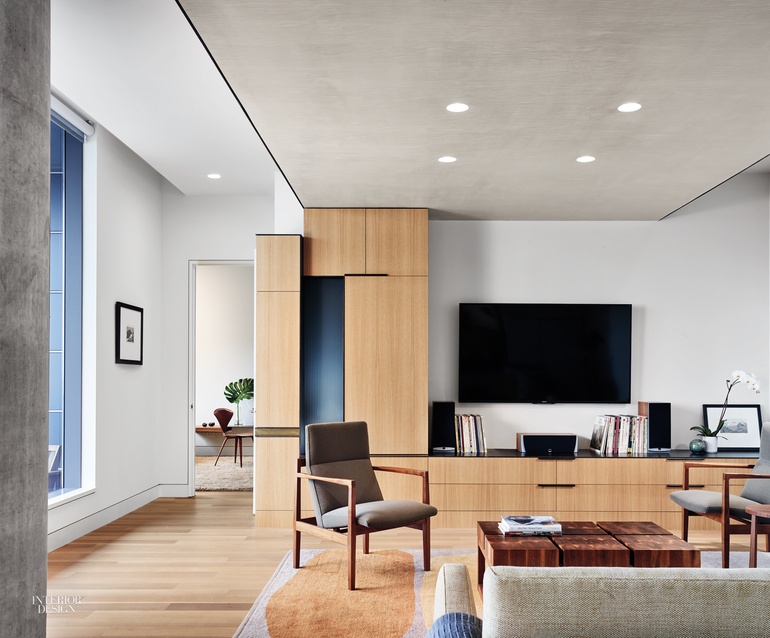 Part of the Residences at W Austin, located in a clean-lined high-rise by Andersson-Wise Architects, the unit was purchased just in time to stop installation of the developer’s stock finishes. The sight that initially greeted Dunnam Tita as well as Furman + Keil Architects’s Philip Keil, who’d worked on the owner’s previous home, was 3,400 square feet of raw concrete. To transform it in keeping with his tastes—which lean mid-century though “not off-the-shelf,” Dunnam Tita says—she and Keil gravitated toward a materials palette influenced by Carlo Scarpa. 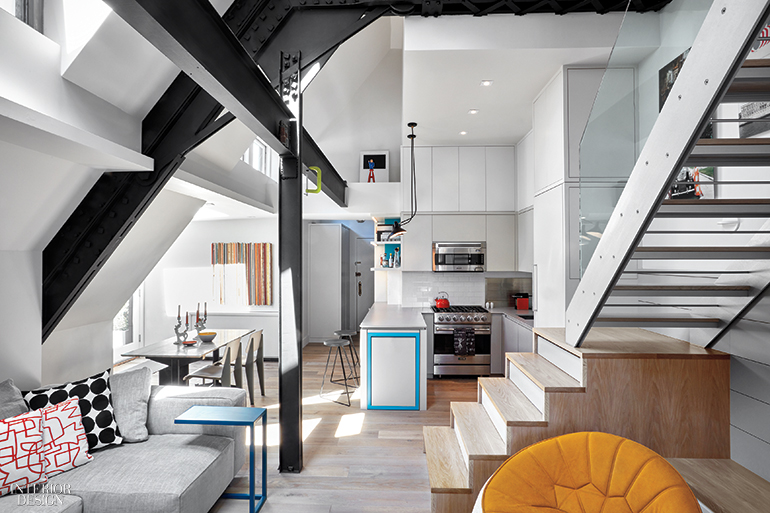 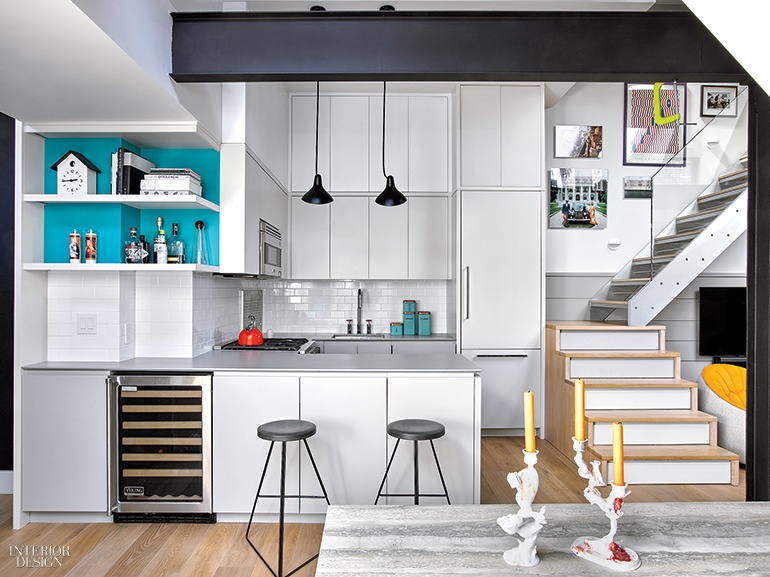 Gut renovations often yield the unexpected, but for Goil Amornvivat and Thomas Morbitzer of AM/MOR Architecture, a duplex in Stuyvesant Square proved more surprising than most. Located at the top of an 1888 former parish house, the condominium offered little indication of what was hiding beneath a mid-1990’s renovation that prioritized square footage over a logical layout. So the first move was to rip out, and eventually replace, the upper level that had created the low ceilings. Then it was time to begin probing. “It was one poke at a time,” Amornvivat says. 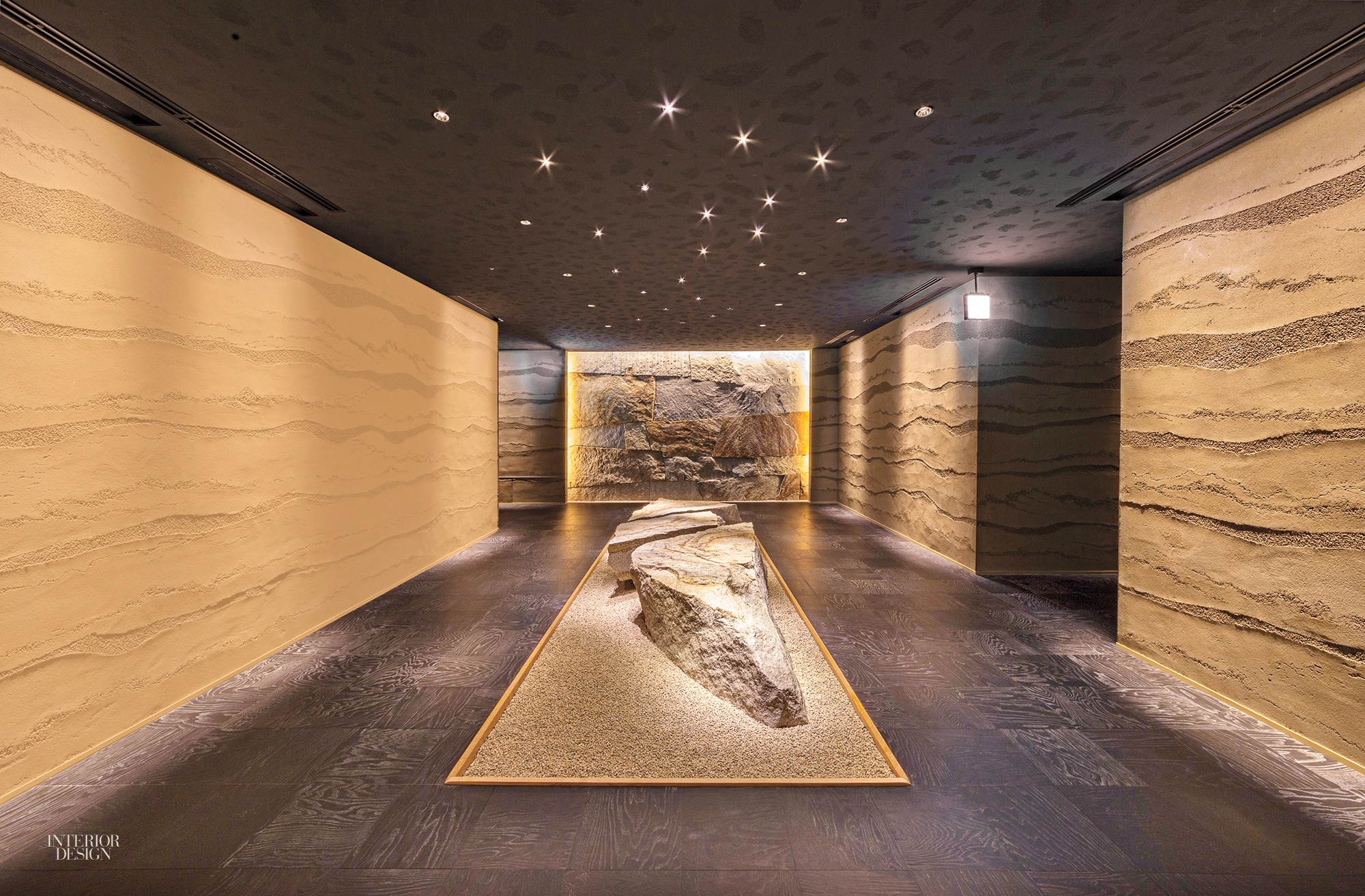 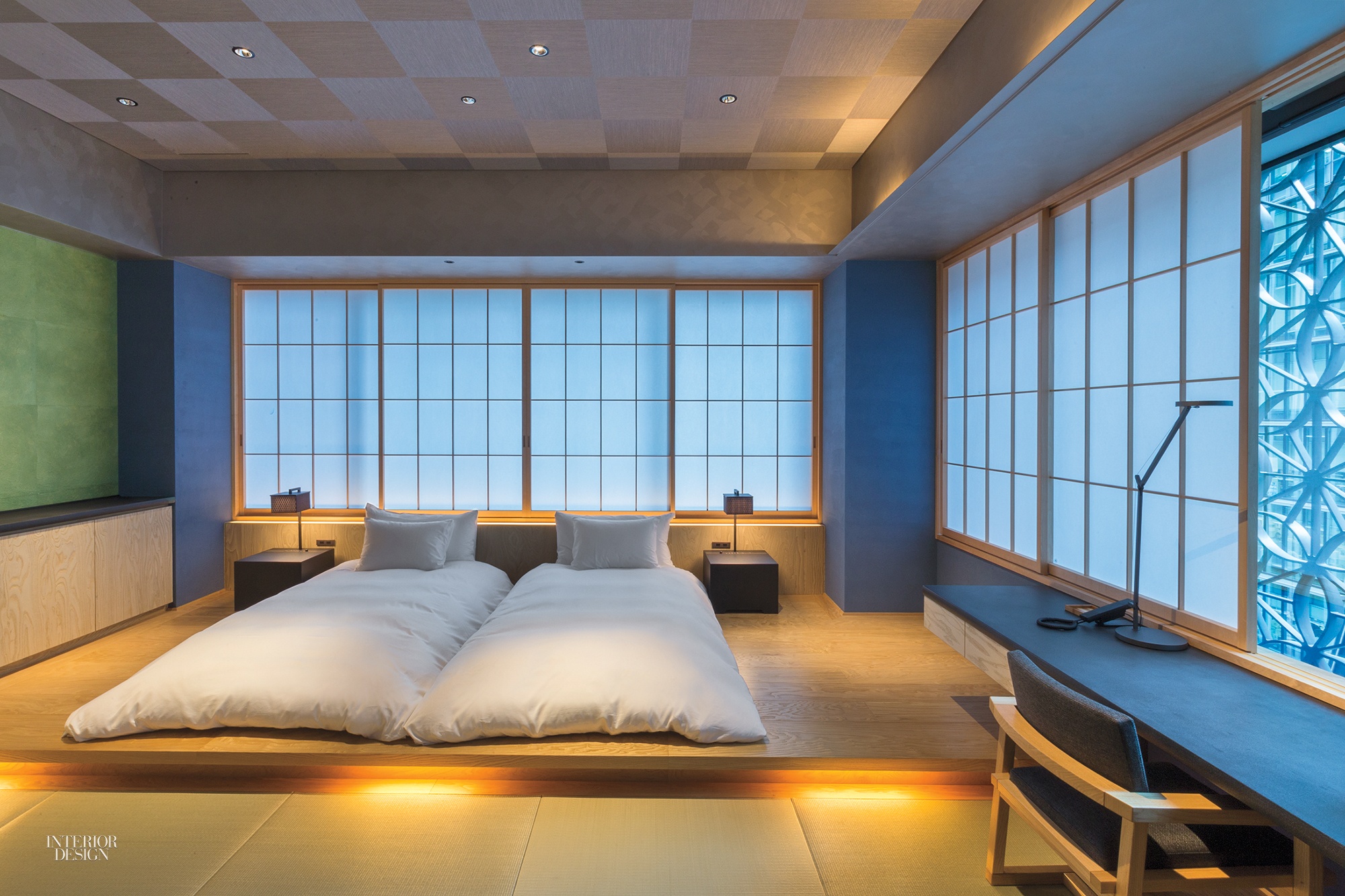 Even travelers who love Tokyo’s high-octane pace occasionally crave a serene retreat. Somewhere to kick off their shoes, relax in a cotton kimono, and take a dip in mineral-rich hot-spring waters. However, that traditional hotel experience used to be available only elsewhere—around Kyoto or deep in the countryside. Now, at last, there is a typically Japanese inn or ryokan, complete with a proper hot-spring spa, right in the middle of Tokyo. That’s thanks to Hoshino Resorts, a company with roots stretching back to 1914, and Azuma Architect & Associates, which has designed four Hoshino properties. 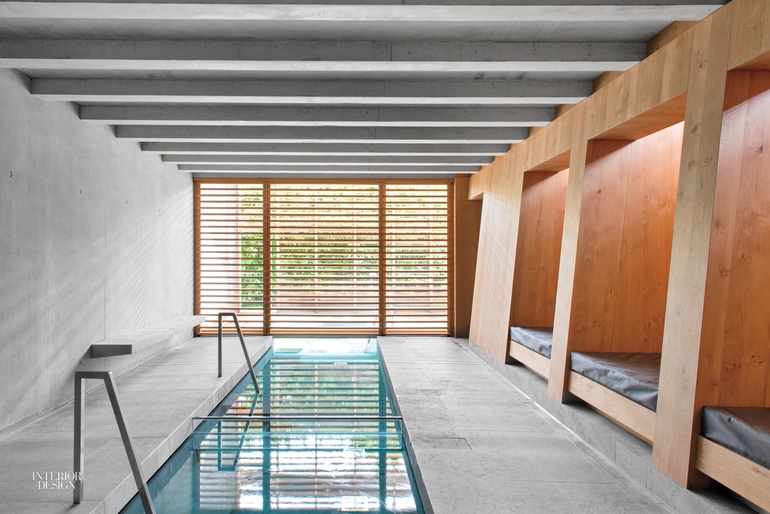 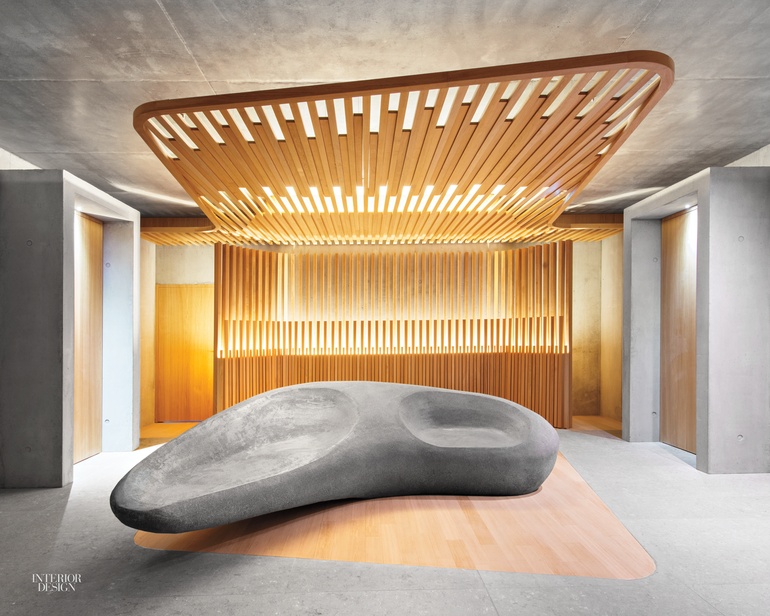 Interior Design Hall of Fame members Patrick Jouin and Sanjit Manku renovated the acclaimed Auberge de l’Ill restaurant in 2007. In 2014 in nearby Strasbourg, they turned part of an 18th-century royal stud farm into Marc Haeberlin’s fourth restaurant, Les Haras. So when the Haeberlin family decided to enlarge the Hôtel des Berges and add a spa, client-designer trust was well established. “They essentially gave us carte blanche,” Jouin says. The sole requirement for this third collaboration, Manku adds, was for the annex to be both “sensory and spiritual,” a retreat for the body and soul.