Reasons for optimism, reasons for trepidation. That sums up this election year. And one senses the same emotional yin-yang in the trending statistics for the second 100 Interior Design Giants firms. There’s some really good evidence that the stormy recession waters might be calming. But then one stat rolls in like a rogue wave: More than three quarters of the firms, 77 percent, feel uncertain about the economy. Are things really that gloomy?

Where will firms be going for new projects? The trend toward globalization is still on the rise, by 14 percent overall. Work in Europe jumped 51 percent. Asia and the Pacific Rim, long a hotbed, have declined 25 percent, though China is seen as remaining a big growth area. In the U.S., which accounts for 78 percent of total projects, the most action is expected in the Northeast and South and on the West Coast.

Salaries haven’t changed, but staffing has. Firms employed 1,900-plus designers last year, the highest number since 2008. The total head count, 5,100, represents a whopping 19 percent increase, and the Giants expect to add another 200-plus designers in 2012. 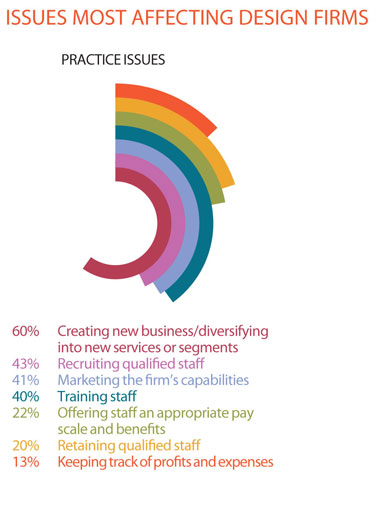 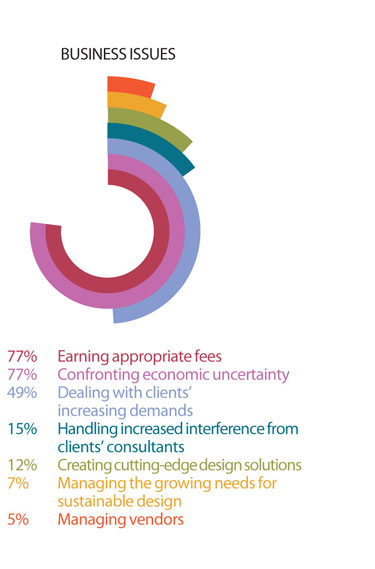 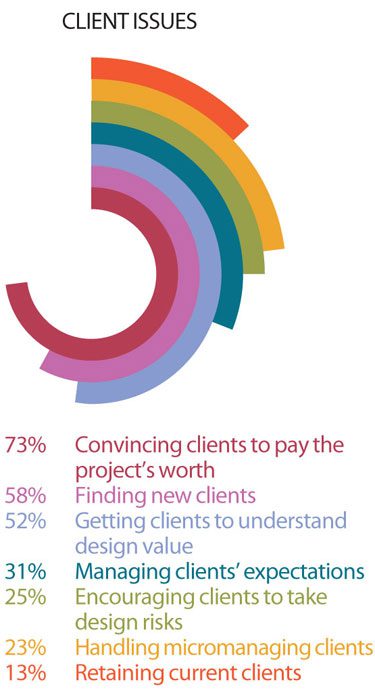