has taken over a wing of the historic chateau

with a sculpture and video installation entitled “Moving Meshes.” Blaisse, an alumna of the

‘s textile design program, is a pioneer in the textile and material design worlds, and has previously collaborated with fashion designer Issey Miyake and choreographer Michael Schumacher to create works that meld art, performance, and architecture.

True to this spirit of interdisciplinary exploration, Blaisse’s latest endeavor is a narrative exploration of the body’s role in animating material and form.

The exhibit’s video projection and series of five delicate bamboo sculptures were installed at the chateau by a group of Parsons students as part of a fellowship program with the Centre International de Recherche et d’Éducation Culturelle et Agricole (CIRECA), which oversees cultural programs at Boisbuchet. The fellowship is the brainchild of Vitra Design Museum co-founder and head of CIRECA, Alexander von Vegesack, and Bridget O’Rourke, the director of Parsons Europe. The program allows students to install artworks, paint and arrange backgrounds, and create way-finding maps for Boisbuchet’s exhibits.

“Moving Meshes” marks the second year of the program, which began in the Summer 2011 season with an exhibition of Japanese household objects entitled Naked Shapes. Blaisse’s work will be on view at Boisbuchet through September 22, 2012.

Keep reading for the fall’s five additional most inspiring exhibitions: 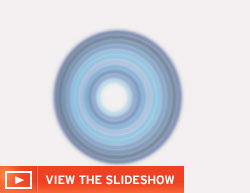 Standout: Fourteen artists and designers have been commissioned to create works exploring the meaning of memory in the digital age. Contributions by Anton Alvarez, Troika, Hilda Hellström, and Ron Arad will be shown alongside selected pieces from Swarovski’s design archives. 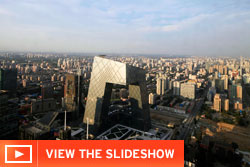 Considering the Quake: Seismic Design on the Edge

Standout: This exhibit examines how today’s cutting edge architecture is shaped by seismic engineering. Featured in the exhibit are projects by such innovative firms as Office for Metropolitan Architecture, and Daniel Libeskind, as well as pioneers of seismic technology, Kinetica Dynamics and Cast Connex. The show, curated by Professor Ghyslaine McClure and Dr. Effie Bouras, will be accompanied by a series of lectures and presentations, including Tomas Koolhaas’ lecture discussing “REM,” his feature length documentary about his father, the renowned architect Rem Koolhaas. 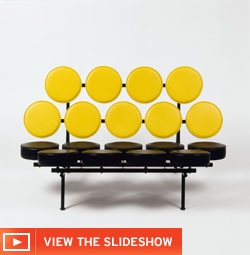 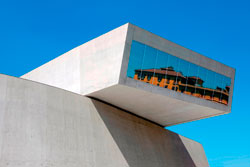 This exhibition traces famed French architect Le Corbusier’s interest in Italy throughout his career, from his early studies of ancient Roman and Renaissance Italian culture, to his relationships with Italian rationalist architects in Milan, Venice, Turin, and Rome during the 1930s, culminating in an examination of two major commissions he received after World War II, the Olivetti Center for electronic calculations, and the Hospital of Venice, neither of which were built. 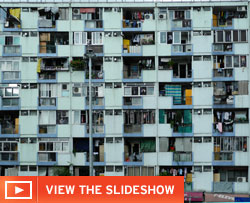 The Hong Kong Institute of Architects and the Hong Kong Development Council have been chosen to participate in the 13th Venice Biennale’s International Architecture Exhibition, presenting an exhibit entitled “Inter Cities/Intra Cities: Ghostwriting the Future.” The “ghostwriters” in question are Hong Kong-based architecture firm Oval Partnership, who will act as curators, presenting a compendium of official and unofficial development plans for the city’s 320-hectare Kowloon East regeneration area, which is currently one of the largest urban renewal projects in the world.