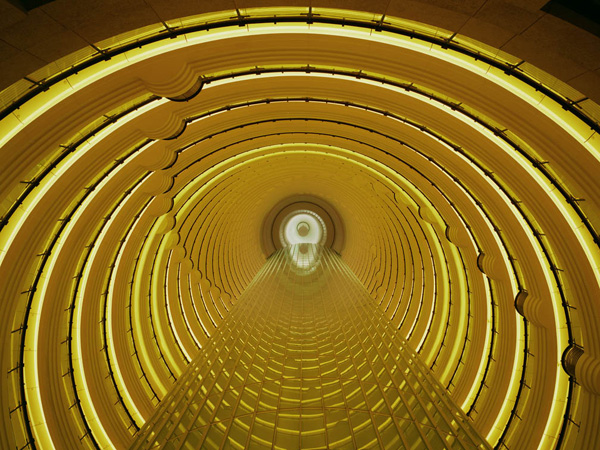 sees architecture in a different light—supersaturated, boldly colored, and cropped full of surprises. His previous works, including those published in the books

, display a rigorous mixture of nostalgia and formal technique. In his new show at the

gallery, the St. Louis-born Eastman collects architectural images taken over the last few years – and they are stunners. 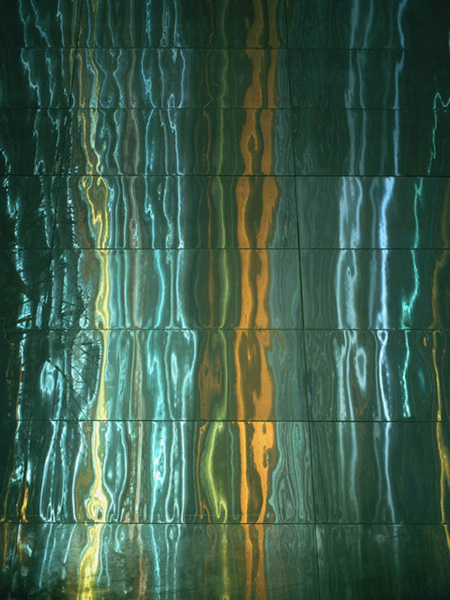 “With the Urban Luminosity series,” Eastman says, “it is all about color and the manner in which urban surfaces reflect, absorb and are transformed by light.” The urban surfaces include everything from Frank Gehry’s trademark aluminum facades to the anonymous neon of Shanghai corridors, taking in Osaka, Las Vegas, New York, and beyond. 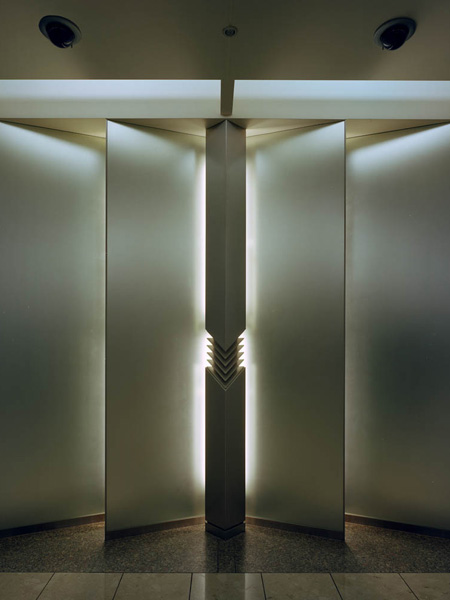 Devoted to his large-format camera, Eastman captures these surfaces with a wide-angle lens and lengthy exposures (sometimes exceeding ten minutes), so every shade and smear can soak the film.

New Yorkers have the chance to see the light from September 13 through October 20, 2012. 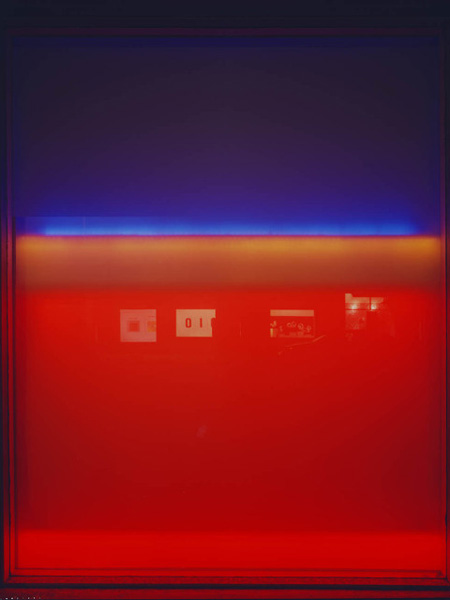