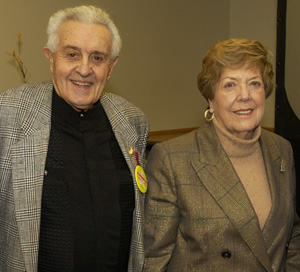 founder Norman Polsky died on September 2 at the age of 86.


Polsky was the first Honorary Fellow of the

and was known for his extensive philanthropy to the organization’s foundation. Polsky and his wife Elaine established nine endowments for leading interior design organizations, including ASID, in 1982 in honor of their son Joel, who died unexpectedly. In 1990, they established the Polsky Family Supporting Foundation, which has nearly 50 endowments today across a broad range of areas and has been a major contributor to the ASID Foundation. He was made an Honorary Fellow of ASID in 1993. “The ASID Foundation will forever be grateful for the generous support that Norman showed for the foundation and the entire interior design profession,” says

Penny Bonda, an ASID Foundation chair. “Norman will be deeply missed throughout the design community and our thoughts are with his family.”