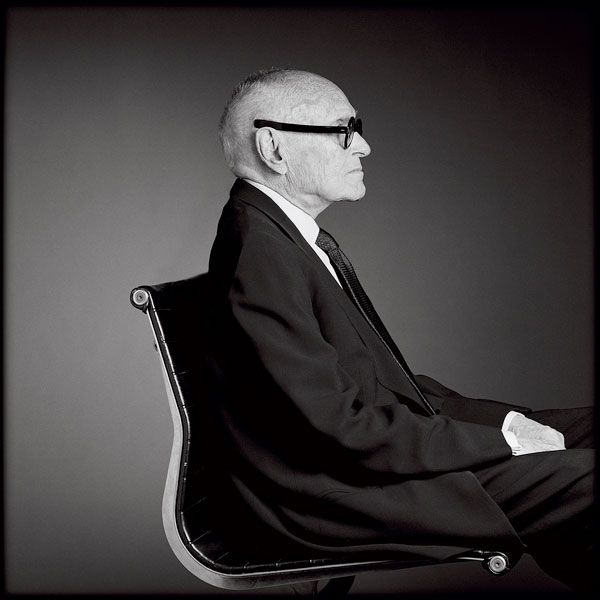 Since 1986, Philip Johnson’s Lipstick Building has made its mark on the New York skyline as a towering emblem of postmodern architecture, joining icons such as the Museum of Modern Art and Skidmore, Owings & Merrill’s Lever House along midtown’s design-rich 53rd Street. This year, the skyscraper hosts an exhibition celebrating its architect, tracing Johnson’s life and career from an early involvement in the Bauhaus movement in the 1920s through his role as a pioneer in architectural modernism and postmodernism.

The brainchild of the Lipstick Building’s new owners, IRSA and Marciano Investment Group, and curated by Johnson scholar Hilary Lewis, the exhibit features a series of white Corian and double-paned glass panels scattered throughout the tower’s elliptical lobby. Each panel, designed by architect Dan Shannon, will offer viewers a peek at rare photos of Johnson, as well as early design plans and elevation drawings of the Lipstick Building itself. The exhibit is open to the public and will run through Fall 2012.