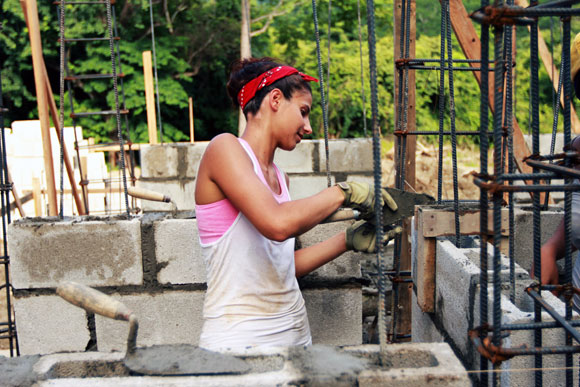 A student from NYIT at work on sLAB initiative’s recycling center in Nosara, Costa Rica.

NYIT’s School of Architecture and Design

are collaborating to build a new recycling center in the coastal tourist town of Nosara, Costa Rica. The effort, which aims to greatly reduce the amount of waste generated into the town’s tropical ecosystem, is called sLAB Costa Rica (the acronym refers to student-led architecture build). Designed in collaboration with

, the Nosara Waste and Recycling Association, and Sustainable Nosara, the Nosara Recycling Center will collect, compact and sell recyclables. 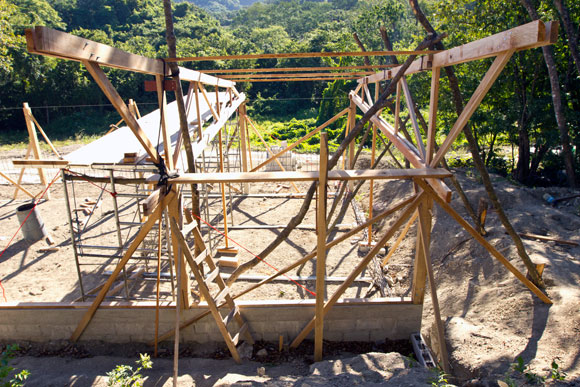 Tobias Holler, AIA LEED AP, an assistant professor of architecture at the NYIT and the principal of HOLLER architecture, presented the project in October at

, a NPNY 2012 winner, was recognized as an emerging force in local, innovative design and architecture.

will host a fundraiser at their New York showroom this evening, Monday, December 10, from 6-8 p.m. “It will be a fun event, it’s a great location, and a great group of people – the $5 suggested donation at the door will benefit the project – and the students and I will give a brief presentation about the project,” says Holler. 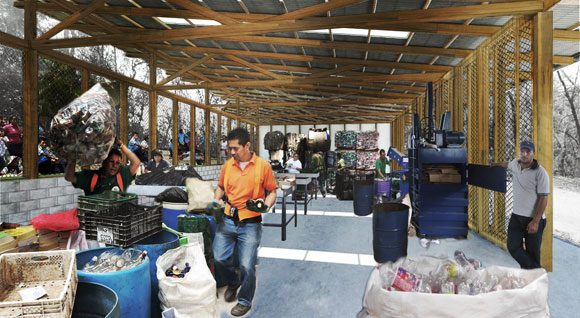 A computer rendering of the future center’s interior.

just this past weekend. Now they’re aiming for $12,000 by December 13. The funds will help students return to Nosara in 2013 to finish the construction of the center and a documentary by German filmmaker Avana de Vos capturing the building process.