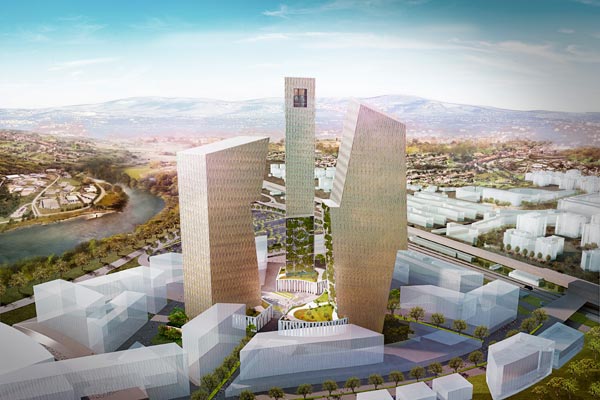 share plans for the three office towers that will anchor a 287,000 square meter business park, developed by Rome’s


The site—once home to one the city’s famed hippodromes—is just a portion of Studio Libeskind’s master plan, conceived in collaboration with

. Libeskind says the development also “includes both the location of [the new AS Roma] stadium, and the formation of two large public bio parks.”


A retail boulevard running from the Tor di Valle metro station will link the stadium and parks to the three towers, which rise from a three-story podium in heights up to 220 meters. “The Business Park design,” he says, “creates urban spaces with a piazza, for the towers whose form is linked to ancient Roman traditions.” That 3,000 square meter, colonnaded public park boasts reflecting pools to show off towers’ assymetrical but complimentary shapes. “They draw inspiration from the foundations of Rome: the form of ancient Roman building blocks,” Libeskind says. 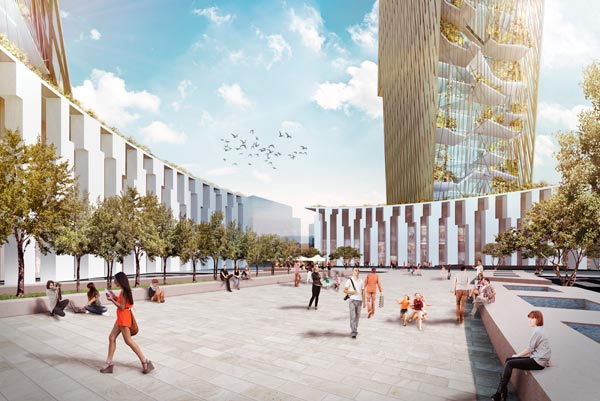 Each tower features a glazed facade incorporating opaque panels, with glazed multi-level, zones boasting unobstructed views of the city. While each tower is unique, they “have a connected relationship—as if in conversation with one another,” he says. And each has interior landscaping intended to “transform the daily working of the office environment.” with multi-use gardens and full-grown trees to provide natural shading and air filtration. After all, he says, “Sustainability is at the core of the design.”


“This trilogy,” he concludes, “will be the iconic center of a new neighborhood between the airport and and the ancient center.” A brand new plan, then, for one of Italy’s most ancient neighborhoods. 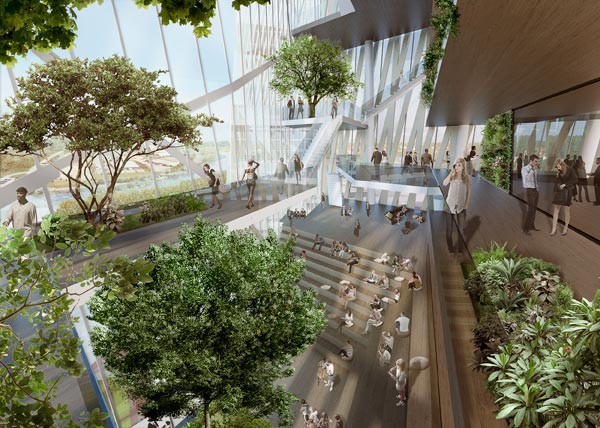 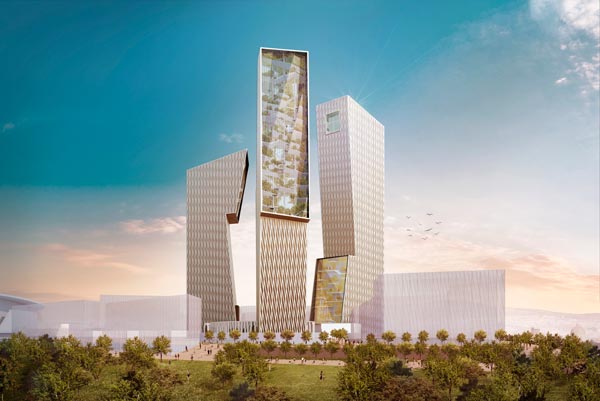