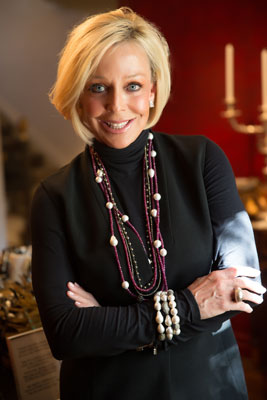 For nearly a quarter of a century Trisha Wilson has planned, designed and created hospitality interiors worldwide. Casual inns, classic hotels and exotic resorts among them, Ms. Wilson’s interiors are noted for the way they embody the cultural spirit of their client’s particular needs. Her “can do” attitude has earned her projects in such faraway places as Indonesia, El Salvador and Africa, including the Hyatt Regency Hotel in Surabaya, the Camino Real San Salvador and The Palace of the Lost City in Bophuthatswana. Homeland clients include the Inter-Continental Hotel Barclay in the East (New York), the Four Seasons Aviara Resort & Golf Club in the West (California) and the Hyatt Regency Hotel in between (Colorado), among others.

in Dallas over 20 years ago (the firm now has five offices), Ms. Wilson was partnered for several years with designer Fred Merrill at Merrill/Wilson & Associates. There she concentrated on restaurant and hotel design, acquiring skills that now amount to a consummate expertise in hospitality design and a remarkable knowledge of the hotel industry.

She is described by a business associate as tireless, energetic and enthusiastic; an undeniable assessment, as Ms. Wilson serves on some eight boards of directors, acts as the Governor’s Special Appointment for the Texas historic Records Advisory Board, is an advisory council member for the School of Architecture at the University of Texas and a member of the Young President’s Organization, North Texas Chapter. Also, Ms. Wilson, who received her Bachelor of Science degree in Interior Architectural Design from The University of Texas, is affiliated with IBD and ASID.