These eight pieces stand out for their simplicity of form. 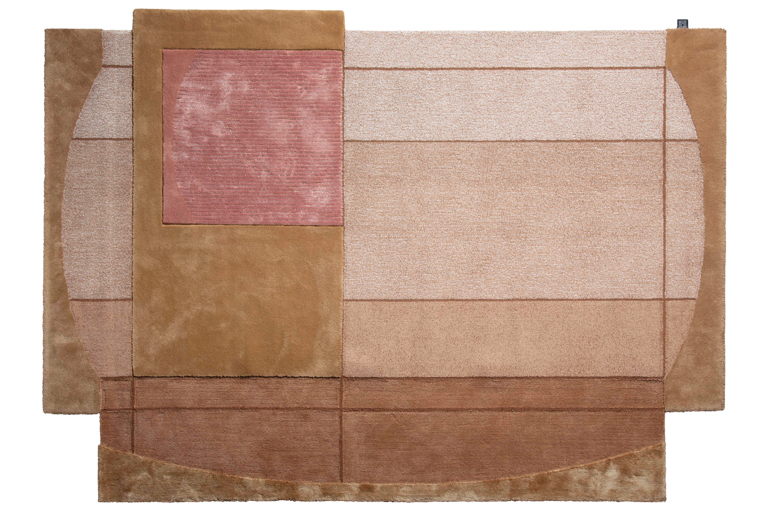 The play of light on archi­tecture in the Mediterranean region inspired the A. Vetra founder’s rug, hand-tufted and -carved in Tencel, linen, and New Zealand wool.

The studio LATOxLATO founders composed a stack of stoneware slabs into a striped, pyramidal base that supports an almost 9-foot-long ceramic tabletop.

3. Chalford by Sharon and Alexander Harris of Harris & Harris 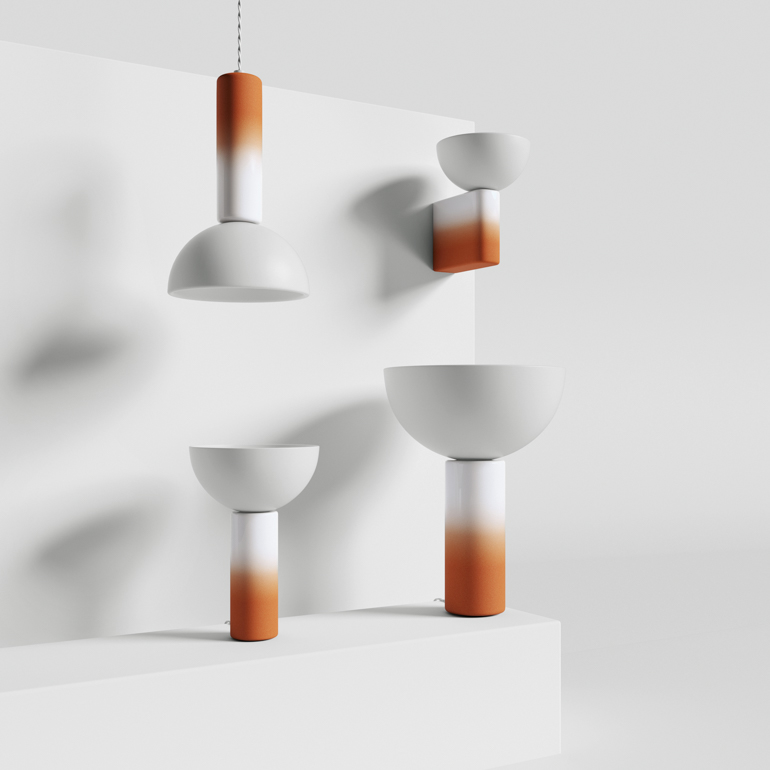 Italian pop art influenced the forms of the couple’s table lamps, sconce, and pendant fixture, all in slip-cast terra-cotta with a white ombré glaze.

4. Modern Farmhouse by Fred Rigby for Another Country 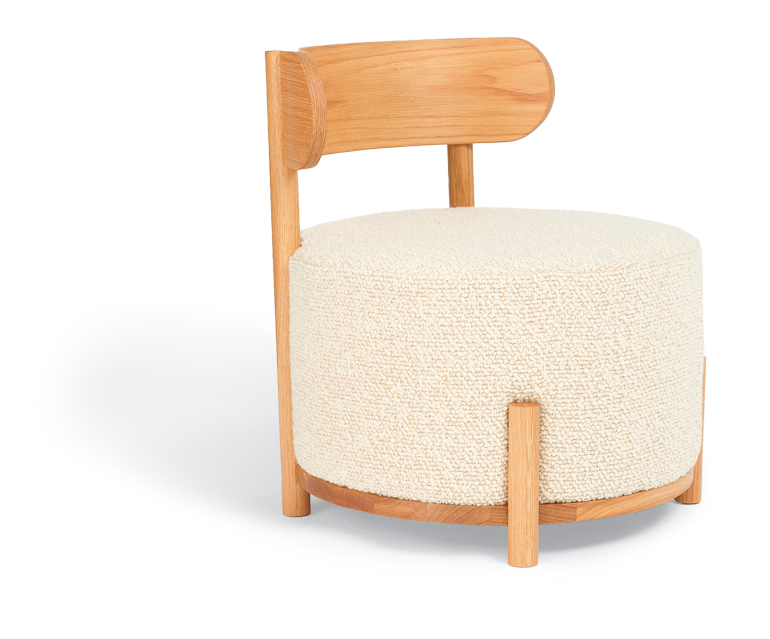 With a nod to Jean Ròyere, the solid-oak upholstered occasional chair takes its form from the grain silos of Dorset, U.K., where the Fred Rigby Studio founder grew up.

5. Puzzle Piece by Hilary Gibbs and Georgie Smith of Livden 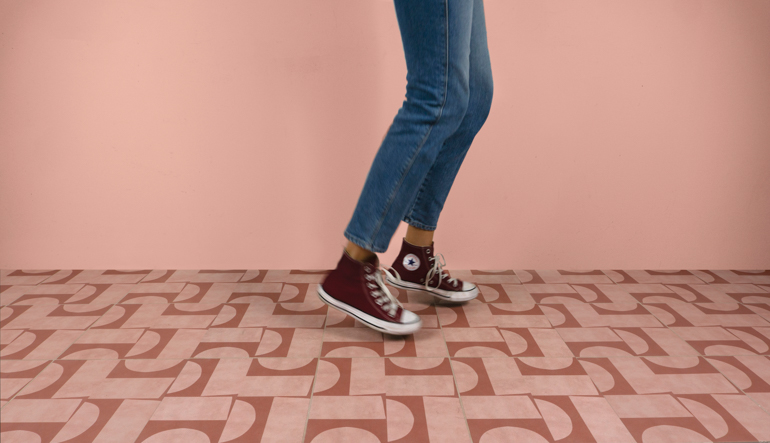 The step-sister duo based in Southern California uses 65% recycled materials in their bold 12-inch-square terrazzo floor tiles, the linklike pattern shown in Rouge.

6. Ossicle by Francesco Balzano for Giobagnara 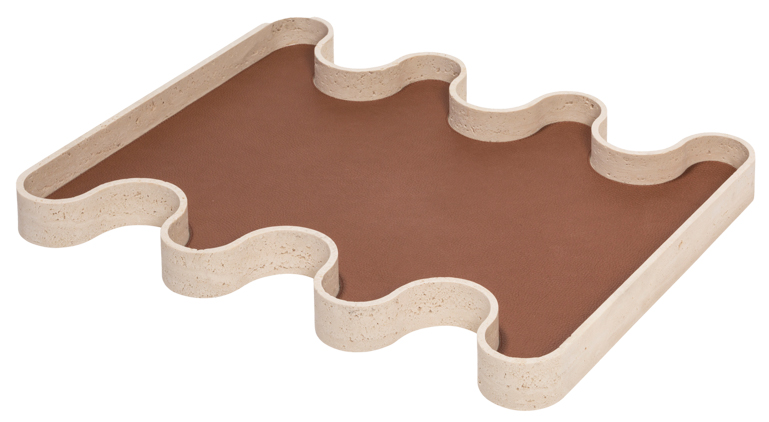 The marble, suede, and leather trays inspired by ancient Roman game Knucklebones are part of a line that in­cludes seating and tables. Through the In­vi­sible Collection. 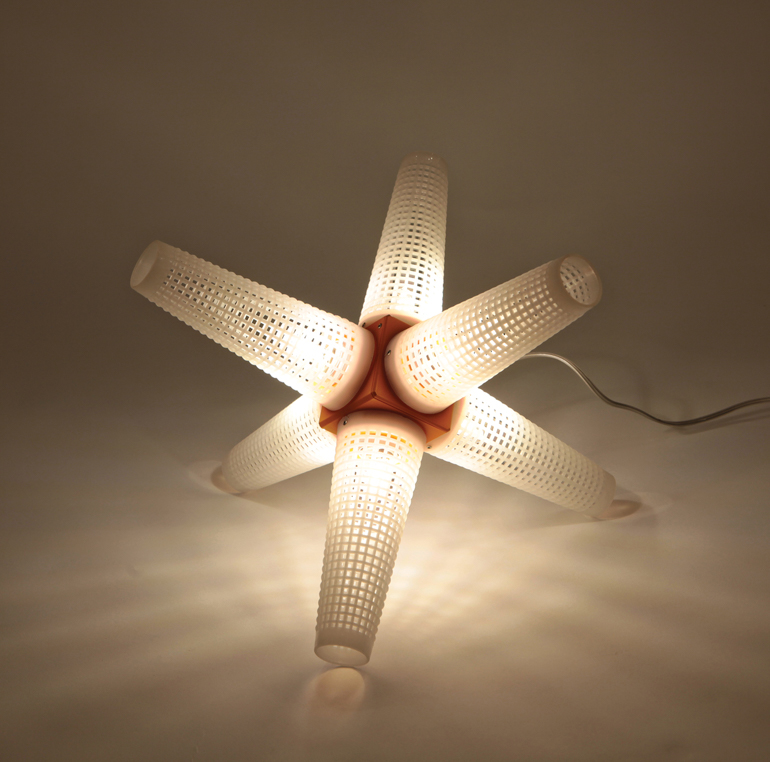 The plastic dyeing cones used by textile atelier Toyine Sellers have been repurposed by the design studio into a floor lamp as well as a pendant fixture and a sconce.

8. Sling by Kim Colin and Sam Hecht for Takt 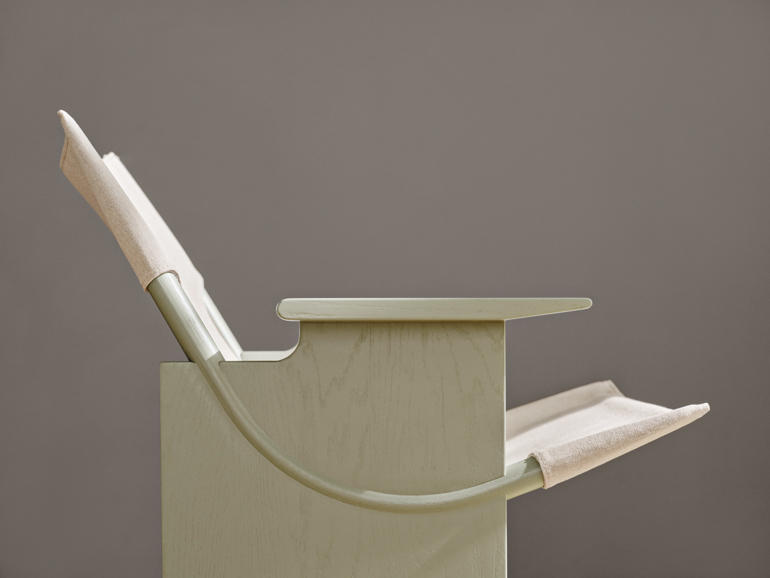 With a linen canvas hammock draped between lacquered oak supports, the lounge chair by the Industrial Facility founders is lighter and more mobile than standard versions.