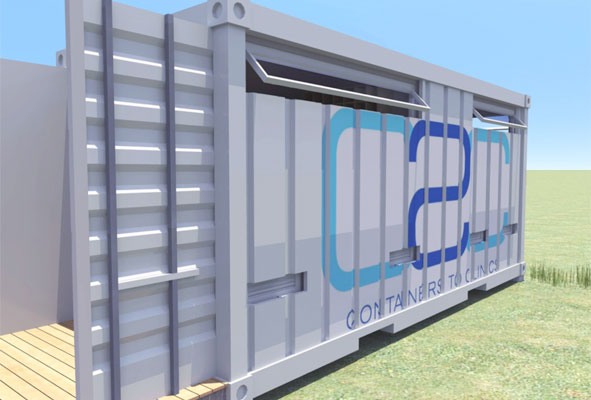 It’s the brainchild of Containers 2 Clinics founder Elizabeth Sheehan, a Boston-area physician’s assistant, who founded the organization after years of living in developing countries and witnessing the staggering lack of preventive care, and absence of basic medications like antibiotics. 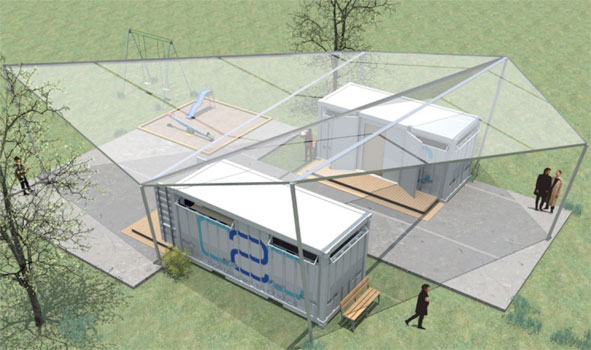 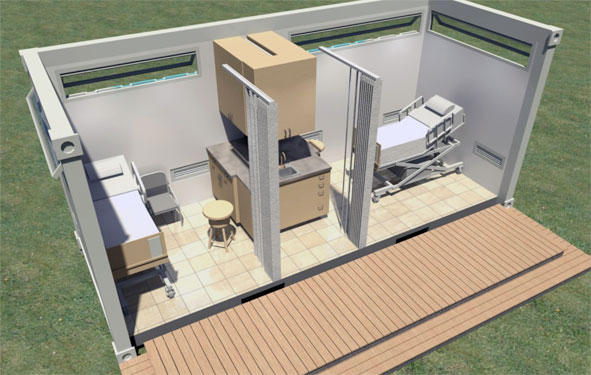 The steel shipping containers, culled from an estimated 20 million castoffs worldwide, address four key challenges to mobile healthcare delivery: space, heat, hygiene and security. In addition to the ubiquity of used containers, they proved appealing to C2C because the low-cost forms can be easily replicated in large-scale configurations, due to their universal size of 8-by-20 feet. Including transport, equipment, medications, and salaries for a local doctor and staff of six, Sheehan estimates each unit will cost approximately $100,000. 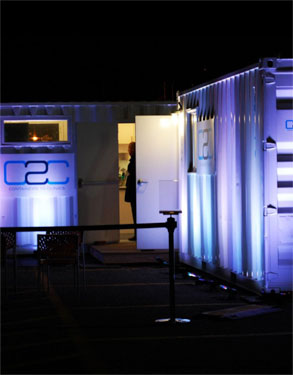 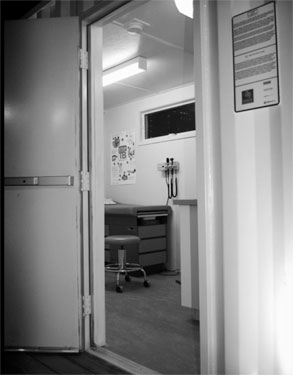 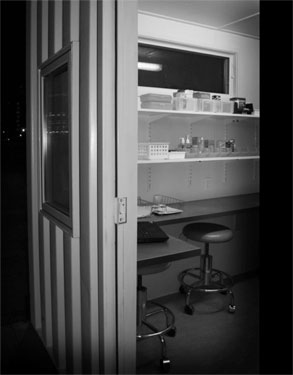 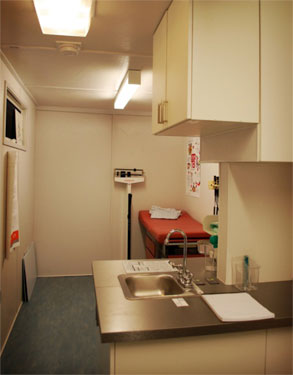 After the initial pilot stage, during which users will help the design team make final modifications, the clinics are expected to be rolled out on a broad scale, a process with a decided sense of urgency: the first prototype might be deployed to earthquake-ravaged Haiti within the next few months.