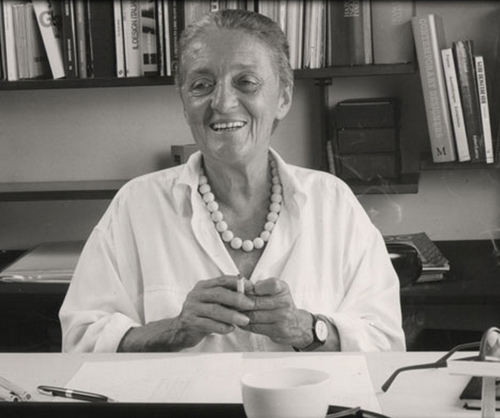 Anna Castelli Ferrieri, a pioneering architect associated with the postwar period of Italian modern design, known for its embrace of technological innovation and audacious style, died on Thursday at her home in Milan. She was 87.


The cause was complications from lung disease, said a grand-nephew, Michele Caniato of New York.


Ms. Castelli Ferrieri was an emblematic member of a generation of Italian designers that included Pier and Achille Castiglioni, Gae Aulenti, Ettore Sottsass and Joe Colombo. They energetically transformed the world of design with their interest in using new technologies and materials, like plastic, Ms. Castelli Ferrieri’s frequent medium. Their iconoclastic brio and intuitive elegance became the signature of the Italian modern style. She was one of the first women to graduate from the prestigious Milan Polytechnic Institute, in 1943, with an architecture degree. In 1949, she and her husband, Giulio Castelli, founded Kartell, which became a leading furniture company known for high-quality plastic designs. Visit the

to read more. May require free registration if viewed at a later date.