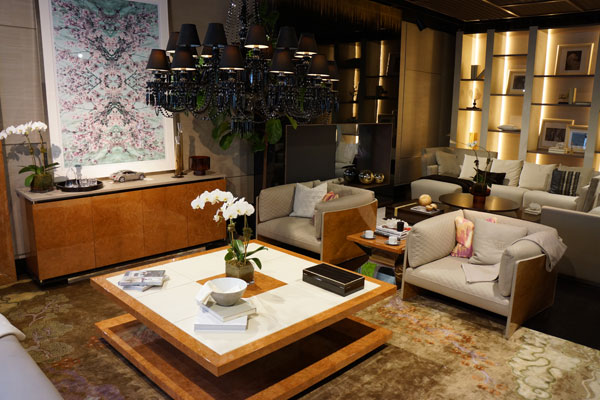 . The second annual edition will open at the historic

on June 29 and run through September 1, 2014. Luxury Living is broadly publicizing the show house with window displays curated by Holiday House Hamptons’ designer

, on view at the New York flagship showroom from May 7 through July 31. The three vignettes, titled

, are inspired by the showhouse’s theme of “Luxurious Summer Fun” and utilize products from the Bentley Home and Fendi Casa collections.


“The [Holiday House Hamptons] designs are always edgy and push the envelope just like the research foundation,” says Platt, expressing enthusiasm over the house’s spirited approach in shining light on designers while supporting a good cause. Top interior designers will join honorary chair

in creating holiday-themed living spaces in the newly restored residences: an open loft, a bungalow, and multi-level townhouse.


Watchcase is the first resort-style luxury condominiums in the Hamptons with interiors designed by Steven Gambrel, a Sag Harbor resident. The former watchcase factory, built in the late nineteenth century, is currently under restoration by the developer

, a firm lauded for its sensitivity to historic landmarks of which Grand Central Terminal is a penultimate example.

and Iris Dankner, the founder of Holiday House, which originated in Manhattan. Hyland says, “Ms. Dankner—an interior designer and cancer survivor—wanted to galvanize the design industry to help fill a void. In our first year in the Hamptons we raised $500,000, a sum we expect to better.”