Manlio Armellini, Integral to the Evolution of Salone del Mobile.Milano, Dies at 83 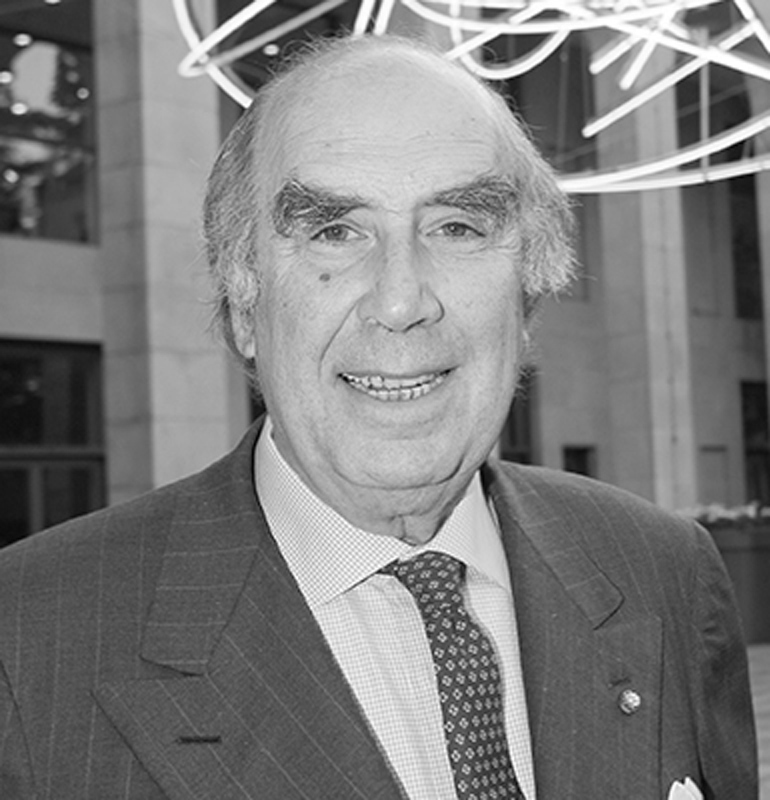 Manlio Armellini, secretary general and longtime CEO of Cosmit—Comitato Organizzatore del Salone del Mobile Italiano, which is the company that organizes Milan’s annual Salone del Mobile.Milano furniture fair—passed away Nov. 16. He was 83 years old. Armellini played an integral role in the evolution of the noted international trade show along with countless other cultural initiatives during his 40-year involvement with the furniture industry.

Born in Porto San Giorgio in Italy on Oct. 9, 1937, Armellini, who began his career at FederlegnoArredo, was a part of the first ever Salone del Mobile.Milano event in 1961. Shortly after, he effectively expanded the fair’s commercial offerings and cultural initiatives to global renown, solidifying the role of Italian design in the furnishing sector–efforts that later led to an ADI Compasso d’Oro award for “the promotion of Italian design” in 1987. Under his guidance as secretary general, Salone del Mobile.Milano grew its exhibition space from 97,000 square meters to 222,000 square meters, and the number of trade visitors increased from 67,000 to 348,000 people, with more than 210,000 attending from outside of Italy.

“With Manlio’s passing, we have lost a friend whose tenacity and skill enabled the Salone del Mobile to achieve the successes recognized the world over,” Claudio Luti, president of the Salone del Mobile.Milano said in a statement. “Along with the entrepreneurs, he oversaw and handled the evolution of what was to become the leading international event, and not just for design. He initiated cultural projects that rubbed off on the city of Milan, he was behind and believed in the SaloneSatellite project, and took on board the many changes that occurred over time, unfailingly coming up with solutions and innovations to safeguard and bolster the Salone brand, which was also his home and his life, with his wife Armida by his side.”

A former editor of the furniture industry’s longest established financial monthly, L’industria del legno e del Mobile (1949-2000)—founded by his father Tito Armellini, also a director of Federlegno—Armellini played an active role in many industry organizations, including Confcommercio, which brings together 37 international trade exhibitions under its umbrella. Armellini also was the Managing Director of Cosmit SpA—the company that organized the Salone Internazionale del Mobile, Euroluce, Eurocucina, EIMU (now Workplace3.0), the International Furnishing Accessories Exhibition, the International Bathroom Exhibition, SaloneSatellite, SASMIL—and the Cosmit Events Foundation in Milan, as well as being President of the Cosmit Foundation.

Additionally, he was a member of ADI (Italian Association of Industrial Design), UFI (Union Foires Internationales, Brussels), ICSID (International Council of Societies Industrial Design, Helsinki), the General Council of the AFI (Italian Forestry Association, Rome), and the Lombard Region Monitoring Board for Planning the Design Museum in Milan, as well as an Honorary Member of District 108 of the Lions Club and UIPPA (Union Internationale de la Presse Professionelle de l’Ameublement, Brussels).

Throughout his career, Armellini received many accolades including a Certificate of Merit and Gold Medal by Federlegno in 1994 and a silver plaque from the company in 1996 in recognition of his cultural efforts and the ongoing success of the Salone del Mobile.Milano. He was also awarded the Tagliacarne Prize by the AISM (Italian Association for Marketing Studies) in 1998 and made a Knight of the Grand Cross of Order and Merit of the Italian Republic by the Head of State, Giorgio Napoletano, in June of 2008.

Most recently, Armellini was appointed a Member of the Scientific Committee for the Farnesina Design Collection Project by Ministerial Decree from Franco Frattini, Minister for Foreign Affairs.