12 Charming Bunk Beds You Wish They Had at Summer Camp

These 12 bunk beds are making us nostalgic for nights spent at summer camp. 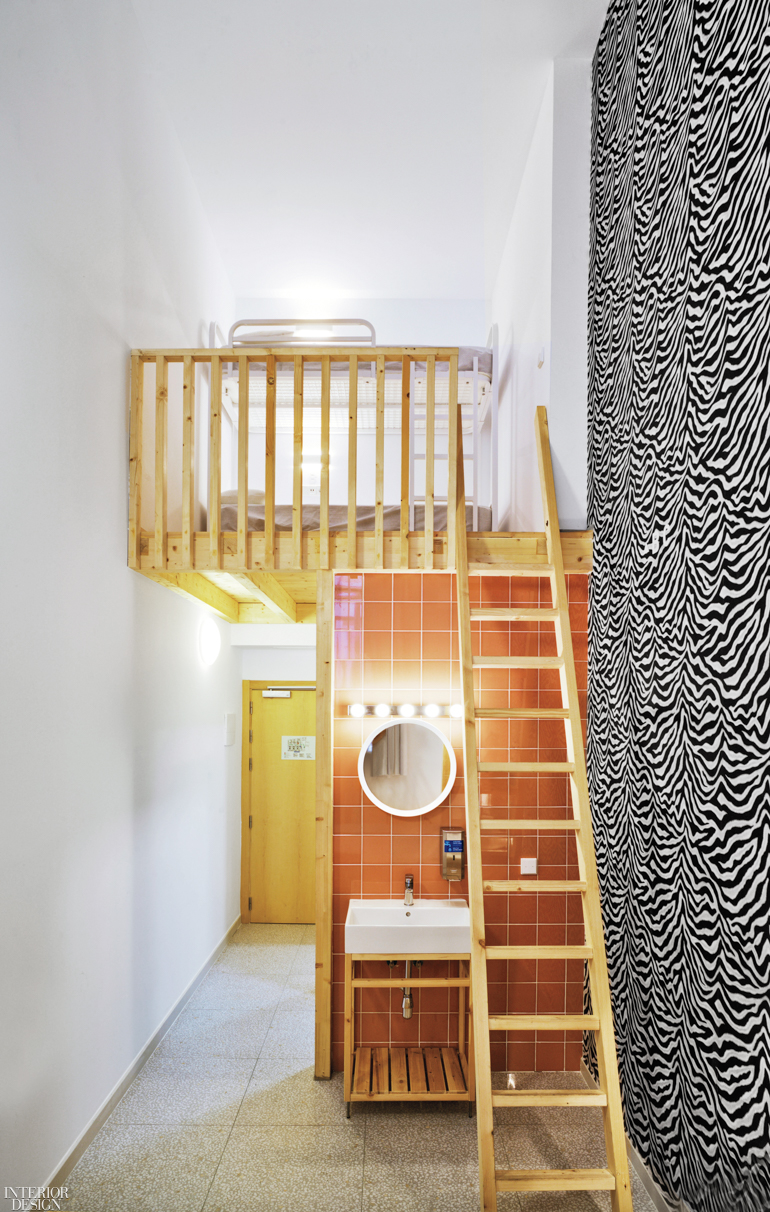 A building that blends in yet also disrupts, that caters to tourists yet also serves the local collegiate population—those were the primary directives given Martin Lejarraga Architecture Office for the design of Loop Inn, a six-level, 47-room hostel on a corner site in the historic center of Cartagena, Spain. Duplex ground-floor rooms are outfitted with mezzanine bunk-bed lofts making them suitable for families. Read more about the hostel

2. Lera Brumina Infuses an Apartment in Minsk, Belarus, With a Distinctive Color Palette 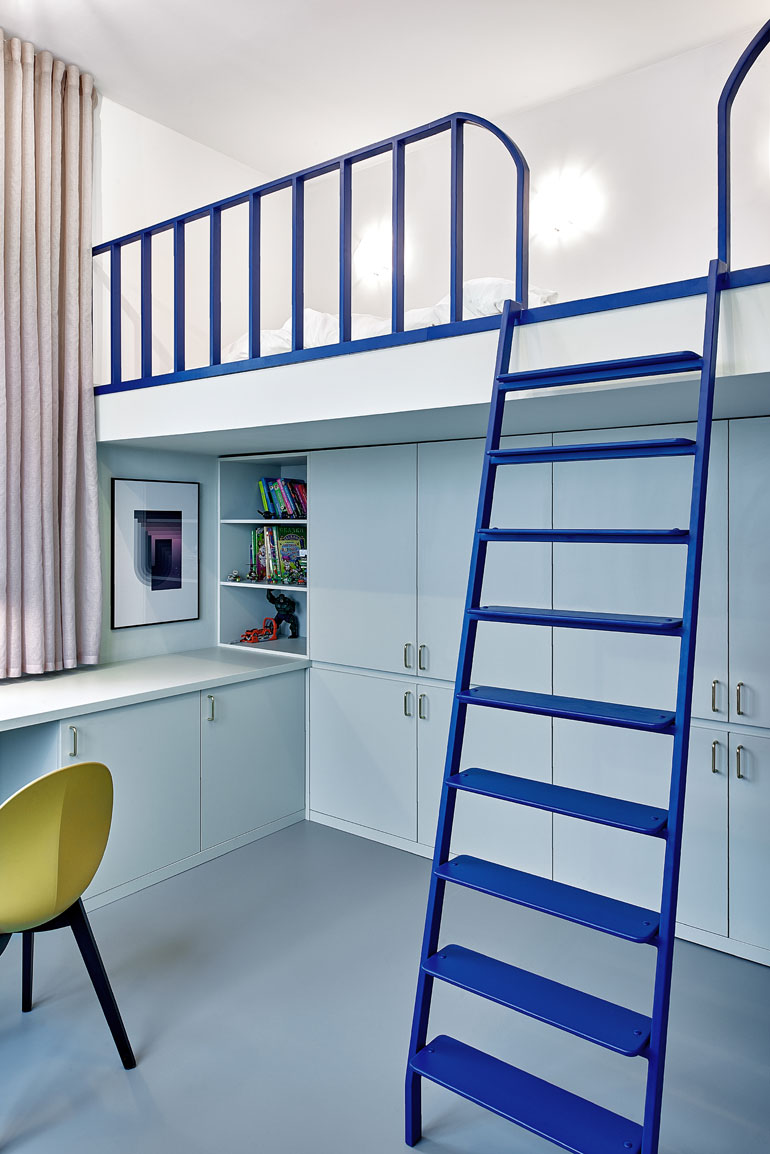 Working with color can get tricky—too much can be overwhelming and too little is simply uninspiring. For an apartment in Belarus, Ukrainian designer Lera Brumina got the balance just right. Blue appears in the child’s room, in dialogue with yellow. The hues, which Brumina calls a “cacophony,” are countered by a neutral floor, plenty of wooden accents, and more subdued pieces. Read more about the apartment 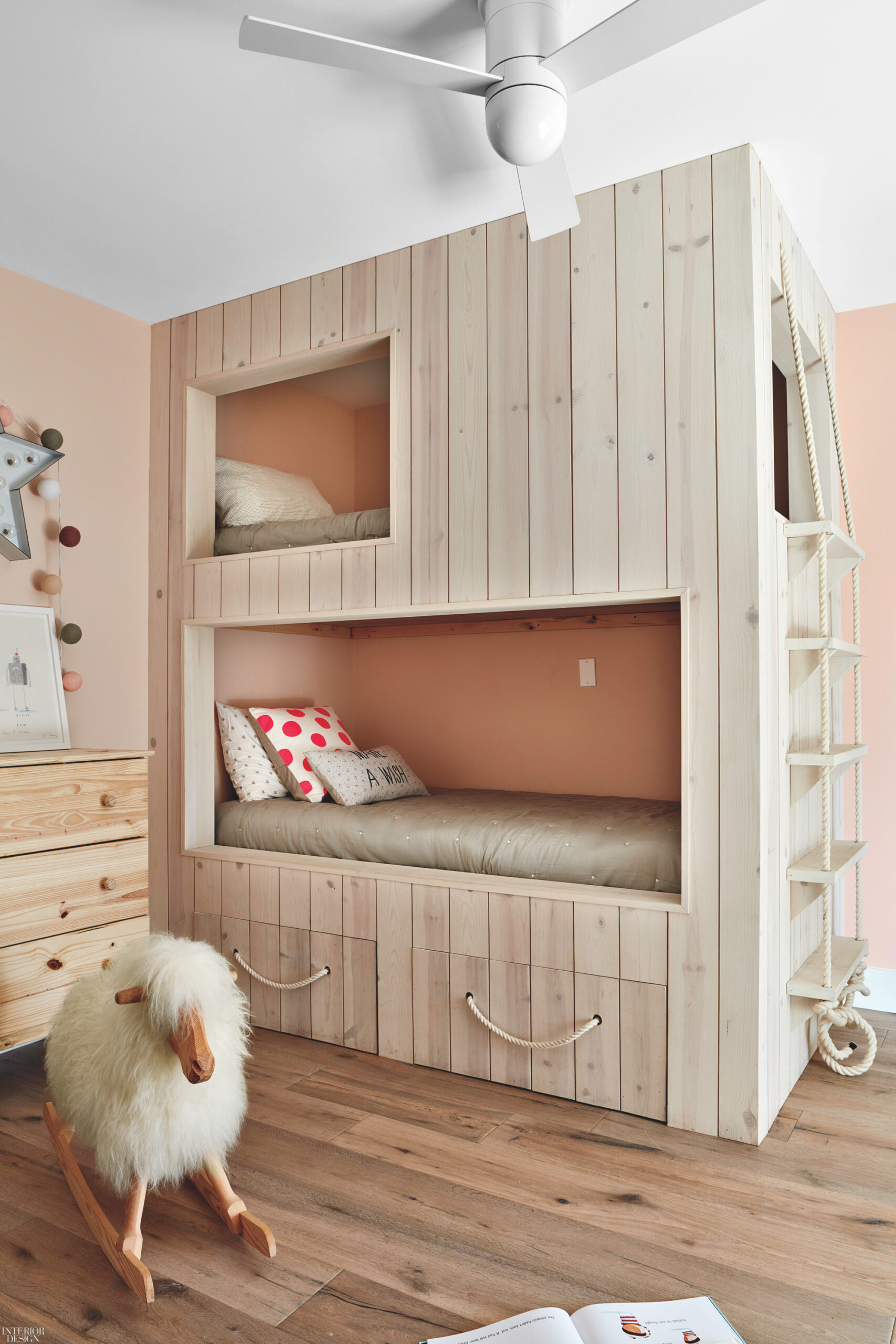 In this Montauk, New York, home by T.W. Ryan Architecture, a black-stained cedar exterior melds into the shadows while the interior by homeowner (and Parish fashion consultancy head) Maria McManus conveys ethereality, warmed by the relaxed vibe of cushy furs, an open kitchen, and nautical shiplap-and-rope bunk beds. Read about all four vacation homes 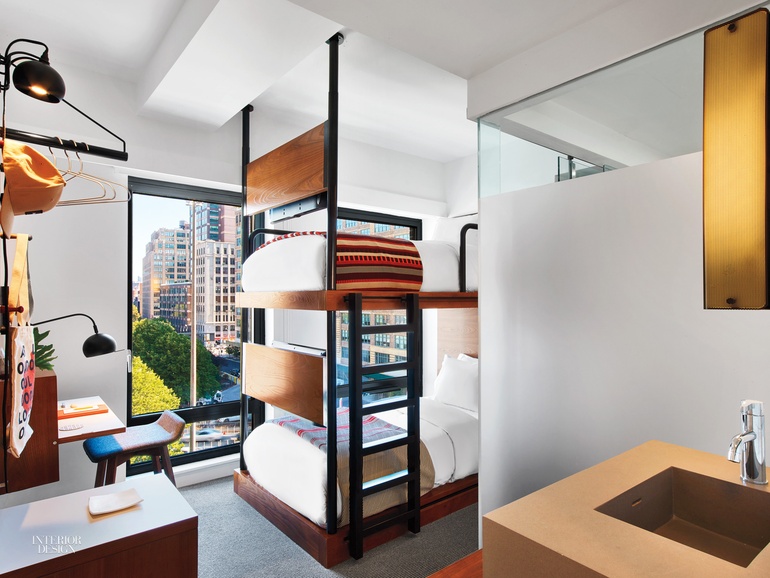 As a part of the growing micro-hotel trend, Arlo Hudson Square offers value prices for tiny guest rooms, intended less as a place to spend time than a place to rest while exploring an exciting city. Some rooms have an ingenious bunk bed with flat-screen TVs installed at the footboards. Read more about the hotel 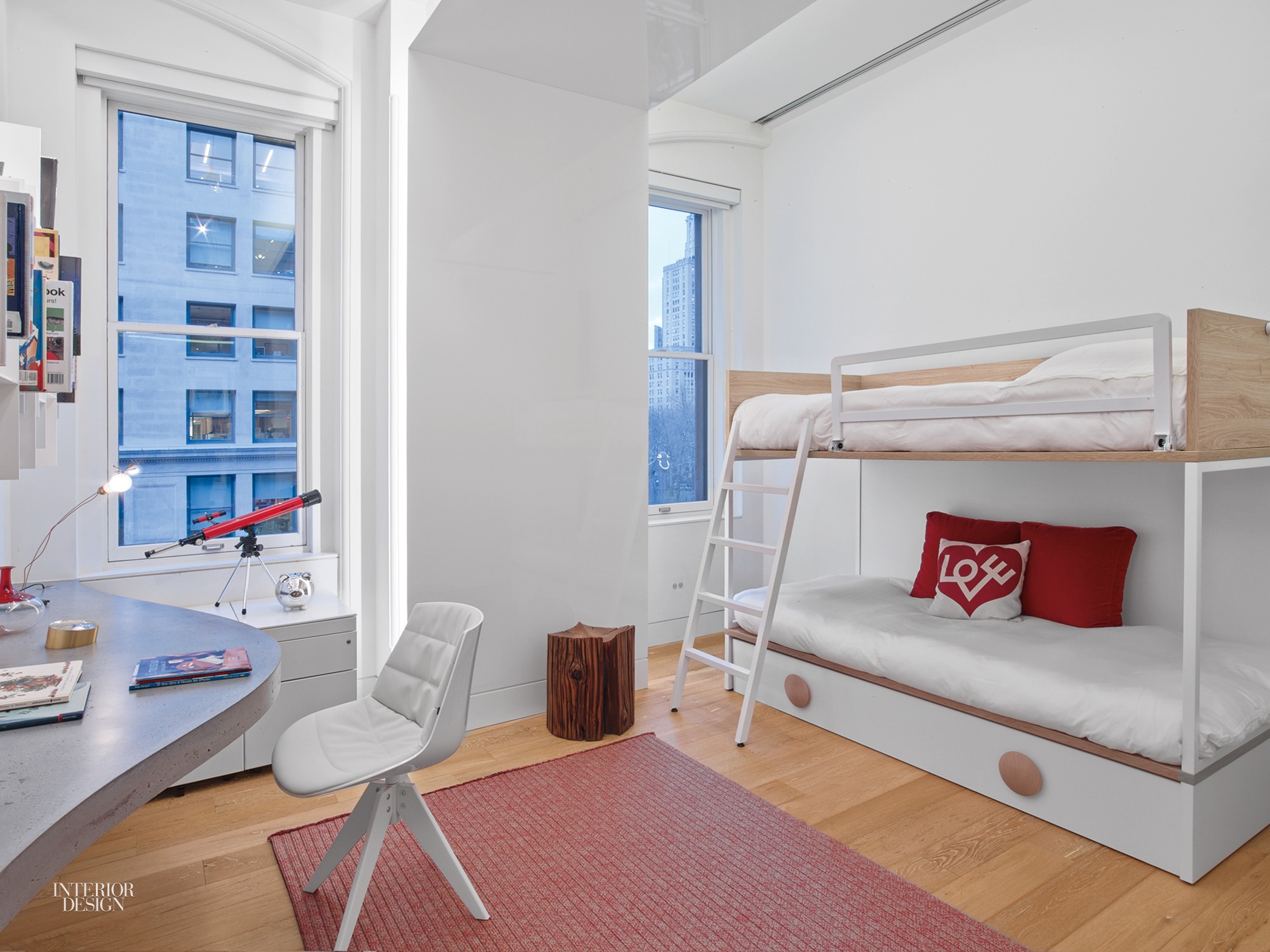 The space was problematic: a skinny 29-by-82-foot rectangle that necessitated rooms lined up in a regimented row with a long hall connecting them. ODA New York founder Eran Chen created perpendicular hallways that intersect the long space, breaking it up and providing “sneak peeks” to the perimeter windows. As for the rooms themselves, Chen conceived each as a container devoted to a different natural element. The choice of materials—and Hakakian’s selection of furniture from DDC’s catalog and archive of vintage designs—reinforces the concept. Read more about the apartment 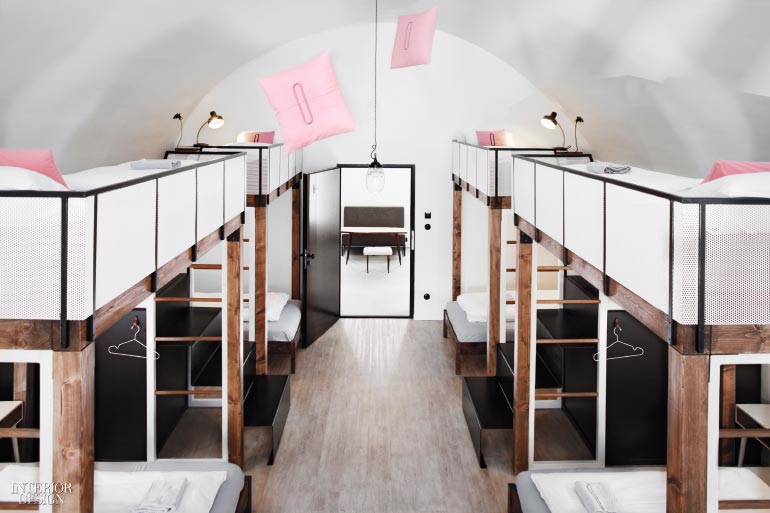 In addition to recent work on television commercials and music videos, Denisa Strmiskovà, in partnership with friend Eva Dlabalová, transformed a 17th-century brick building in Olomouc’s historical center into a 56-bed hostel and café. The project’s name, Long Story Short, has a double meaning: the structure’s history as a fort and military bakery, which the staff is happy to relate, and a lengthy and cinematic hallway that runs from reception to all the rooms. Read more about the hostel 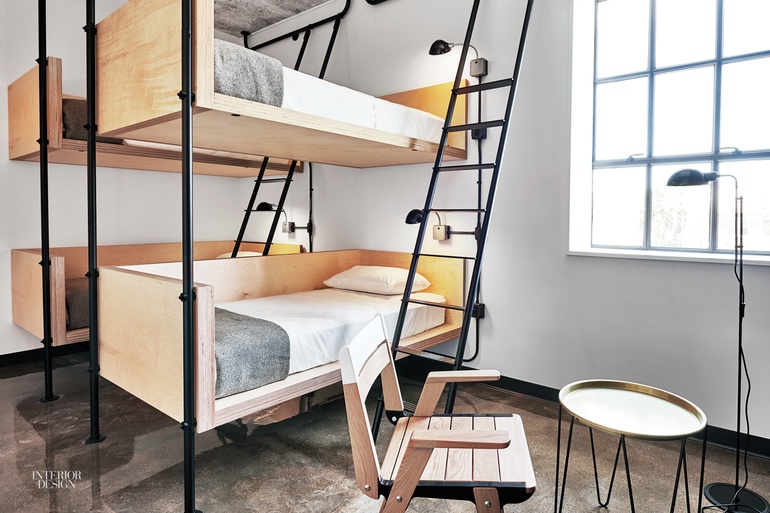 At the Hollander in Chicago, after a 1905 warehouse’s scraped plaster walls and structural columns were clear-sealed as found, the latter were wrapped with banquettes for the lounge. Ciguë and Delordinaire chose stylish bunk beds for some of the rooms. Read more about the hotel 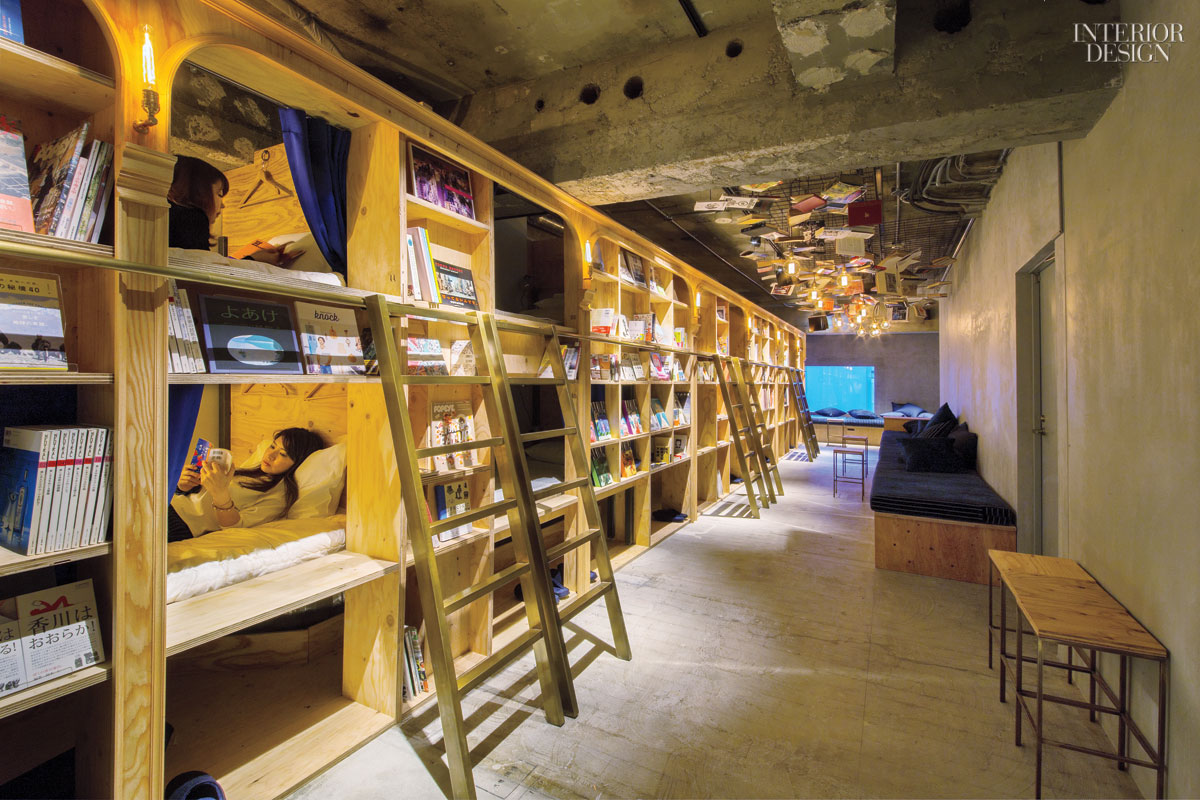 Imagine if your favorite bookstore also offered overnight accommodation. That was Suppose Design Office Co.’s premise for Book and Bed, a Tokyo hostel with a twist. After booking, ahem, and checking in, guests are free to read any of the 1,700 volumes available. Read more about the hotel 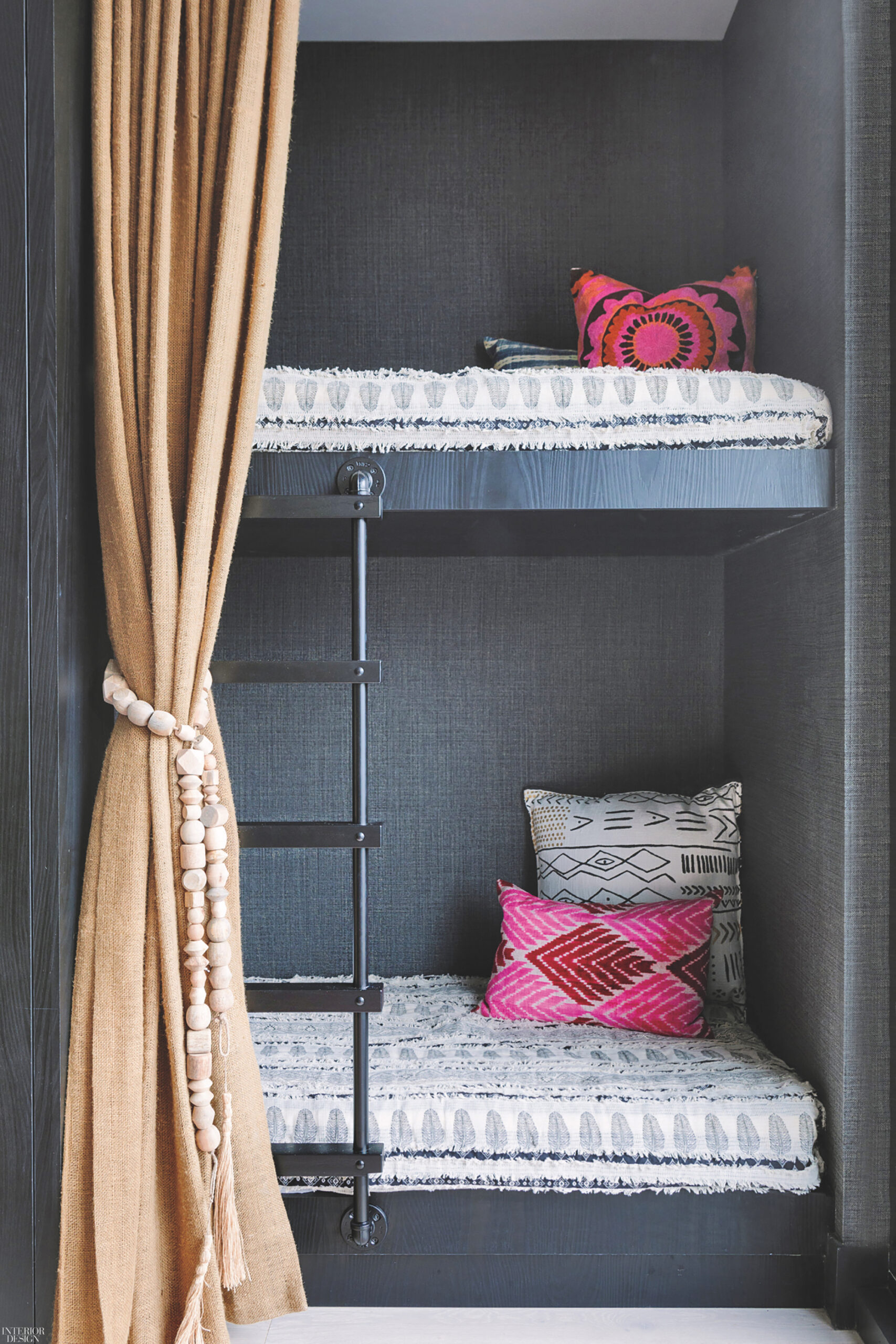 Energy is certainly a hallmark of this project. “Color is dealt in small doses, but there are some fun surprises,” Jennifer Kranitz of Project Interiors explains. Four built-in bunks curtained in burlap allow the second-floor kids’ hangout to double as a guest suite. Read more about the home

10. Humbert & Poyet Combine Rough and Refined for the Interior of a Swiss Ski Chalet 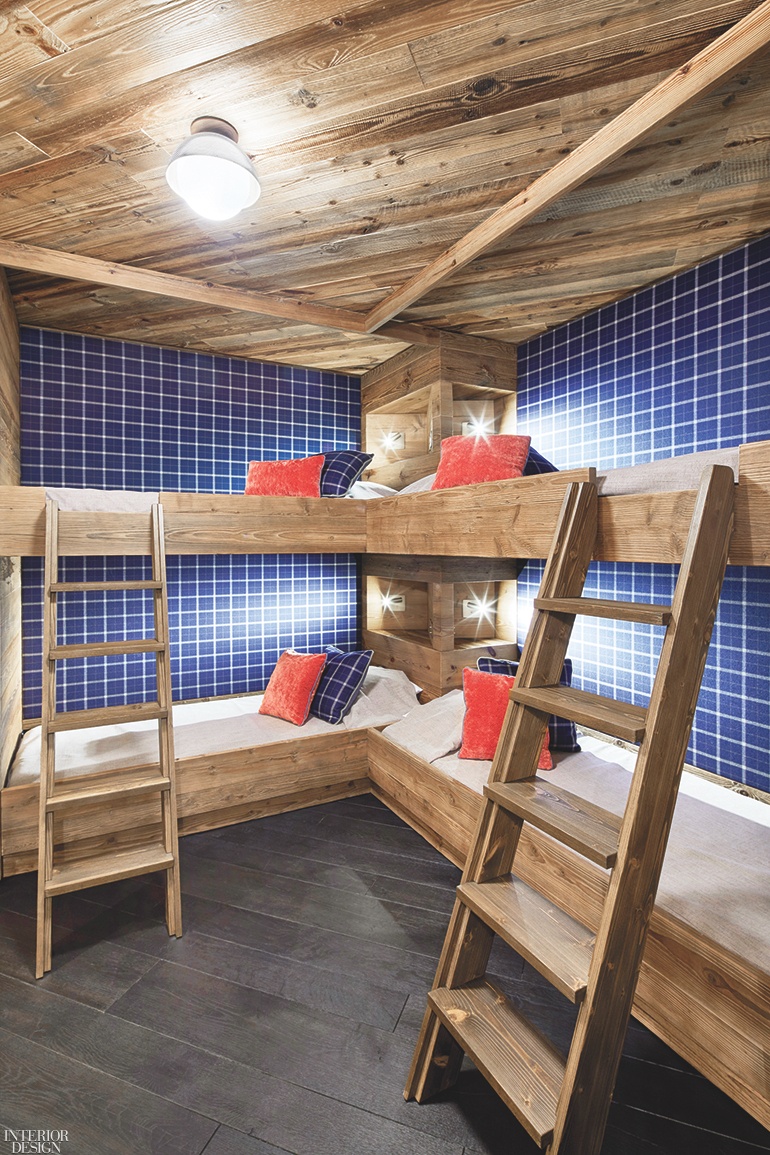 Humbert and Poyet have designed ground-up houses but prefer focusing on interiors, often entering projects when the shell is done but the inside is still raw. There’s nothing raw about their completed work, however. Although their commercial projects tilt toward the glamorous, Humbert and Poyet love combining the rough with the refined in their residences. Custom oak bunk beds cozy up to walls covered in tartan cashmere. Read more about the project 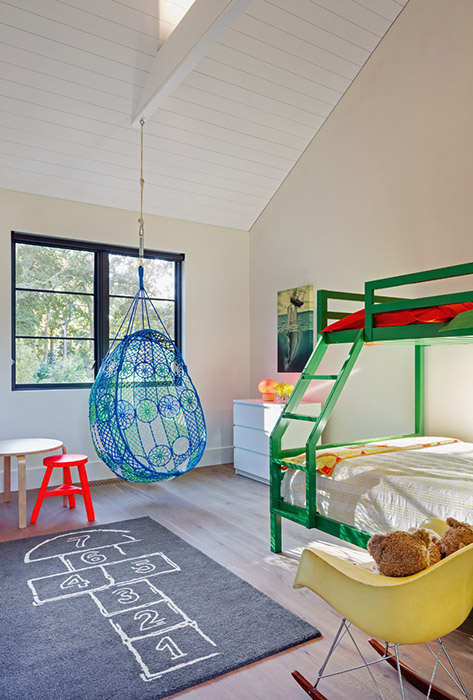 The Eagles said it best in “Hotel California.” You can check out any time you like, but you can never leave. Though the West and East Coasts share some values, of course, the U.S. is hardly a monoculture—which can make for unfamiliar footing when Californians relocate to New York. Fortunately, CCS Architecture’s Cass Calder Smith was raised bicoastal, which proved ideal as preparation for collaborating on the Hamptons weekend house of an interior designer who had spent part of her childhood in Los Angeles. Read more about the home 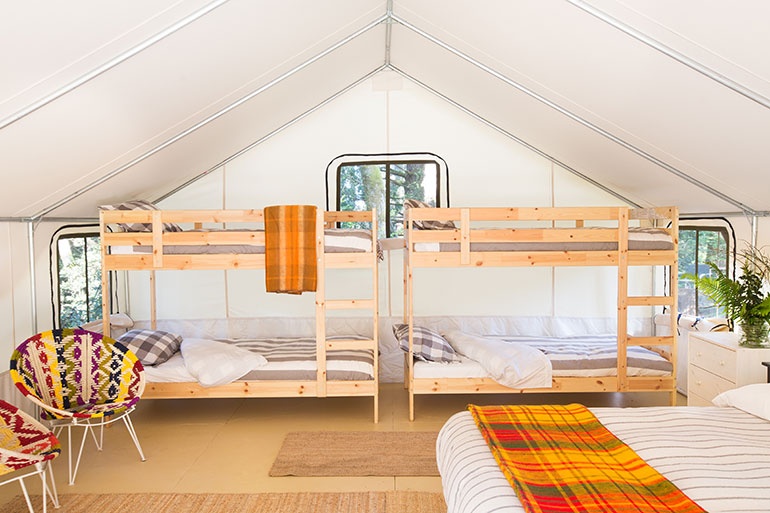