By the Grace of God: The Bronx’s Judaica Museum In The Jacob Reingold Pavilion

The July tornado that touched down on the campus of the Hebrew Home at Riverdale uprooted trees, broke windows, and destroyed outdoor furniture, doing $1 million in damage. But spared by the freak twister—only the second ever recorded in the Bronx, New York—was the Jacob Reingold Pavilion. Named for the institution’s late vice chairman, who believed that art enriches the lives and improves the health of the elderly, the building now houses the Judaica Museum, a showplace for the collection that Reingold began amassing in the 1960’s. 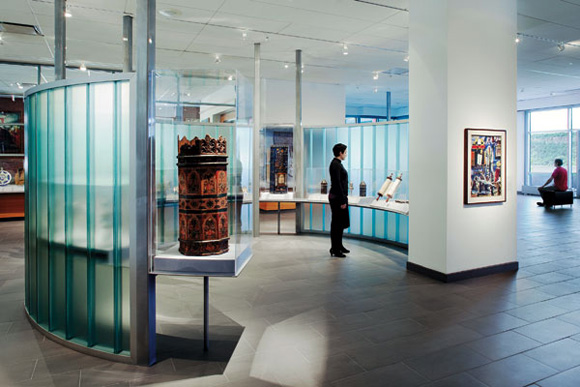 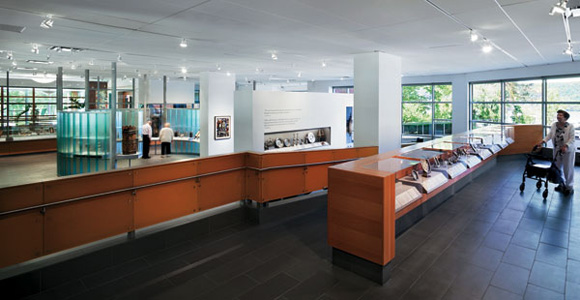 Given the Hebrew Home’s constituency, the Americans With Disabilities Act took on extra significance. Braverman says she was charged with making the space “ADA-more-than-compliant,” a challenge that actually sparked imagination. Consider the gently sloping ramp. It’s lined by cases containing Bauhaus-era plates and candlesticks, engaging the visitor regardless of age or ability.