Although it was back in 1993 that graphic designers Daniel and Markus Frei­tag came up with their idea for messenger bags made from recycled truck tarpaulins, it wasn’t until 2000 that the brothers actually opened a Freitag store—in Davos, Switzerland. Six others in Europe followed. Finally, in 2011, there’s a U.S. location. 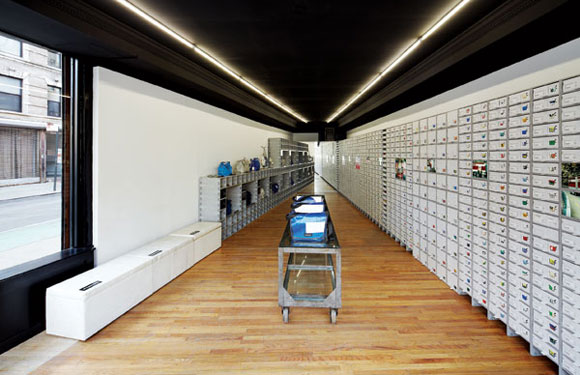 Christian Wassmann‘s namesake firm was responsible for the New York space, an 800-square-foot corner that’s as zippy and eco-minded as the merchandise. As at every Freitag store, the main intervention is a storage wall, a Design Prize Switzerland Award-winning system specially designed for the brand. Fluorescent tubes form two slim lines angling across the black-painted ceiling. Below, a metal table found at the Brooklyn Navy Yard displays bags. Guest seating comes in the form of benches upholstered in, yes, used truck tarps. 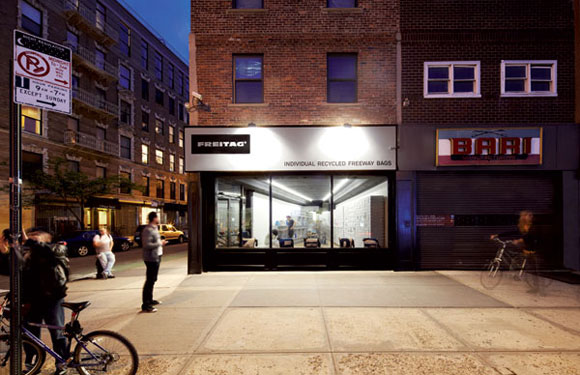