From The Architect’s Newspaper: After winning the competition to redesign Governors Island in 2007, the team of West 8, Rogers Marvel, Diller Scofidio + Renfro, Mathews Nielsen, and Urban Design+ toiled for more than a year to craft a park and public space masterplan for roughly half of the 172-acre island off the tip of Manhattan. Then last spring, just as designers were putting finishing touches on their scheme, the project came to a halt while the Bloomberg and Paterson administrations wrangled over control of the island. 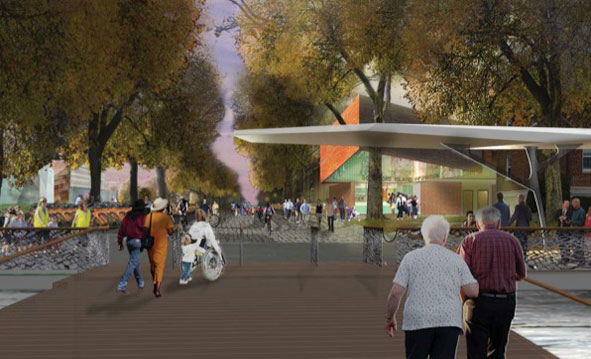 Those languishing designs—including a mothballed exhibition inside the island’s Building 110 and a flashy website completed last May—finally emerged from limbo on April 11, when the mayor and governor made a hasty announcement that control had been ceded to the city. The deal came so quickly that Adriaan Geuze, the West 8 principal in charge of the project, could not make it over from Holland in time for the press conference that Sunday. 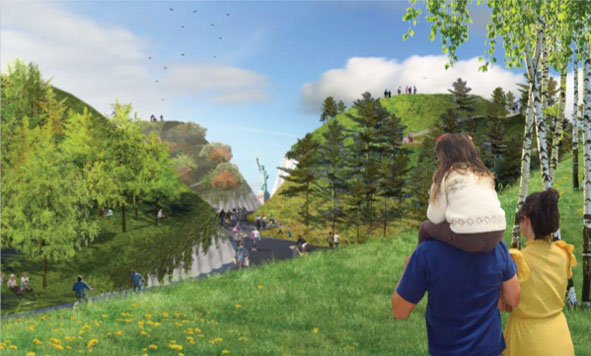 “Like all deals, it was at 99 percent for a while and then suddenly it went to 100,” said Leslie Koch, president of the Governors Island Preservation and Education Corporation. 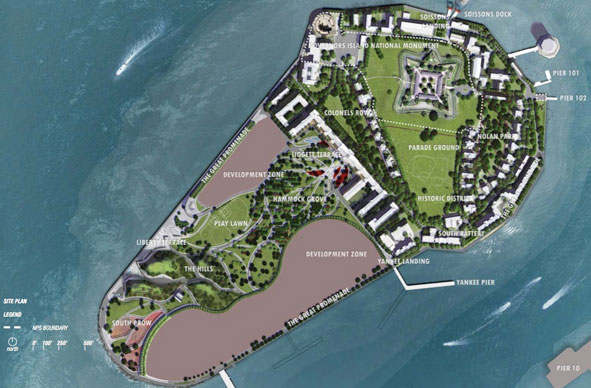