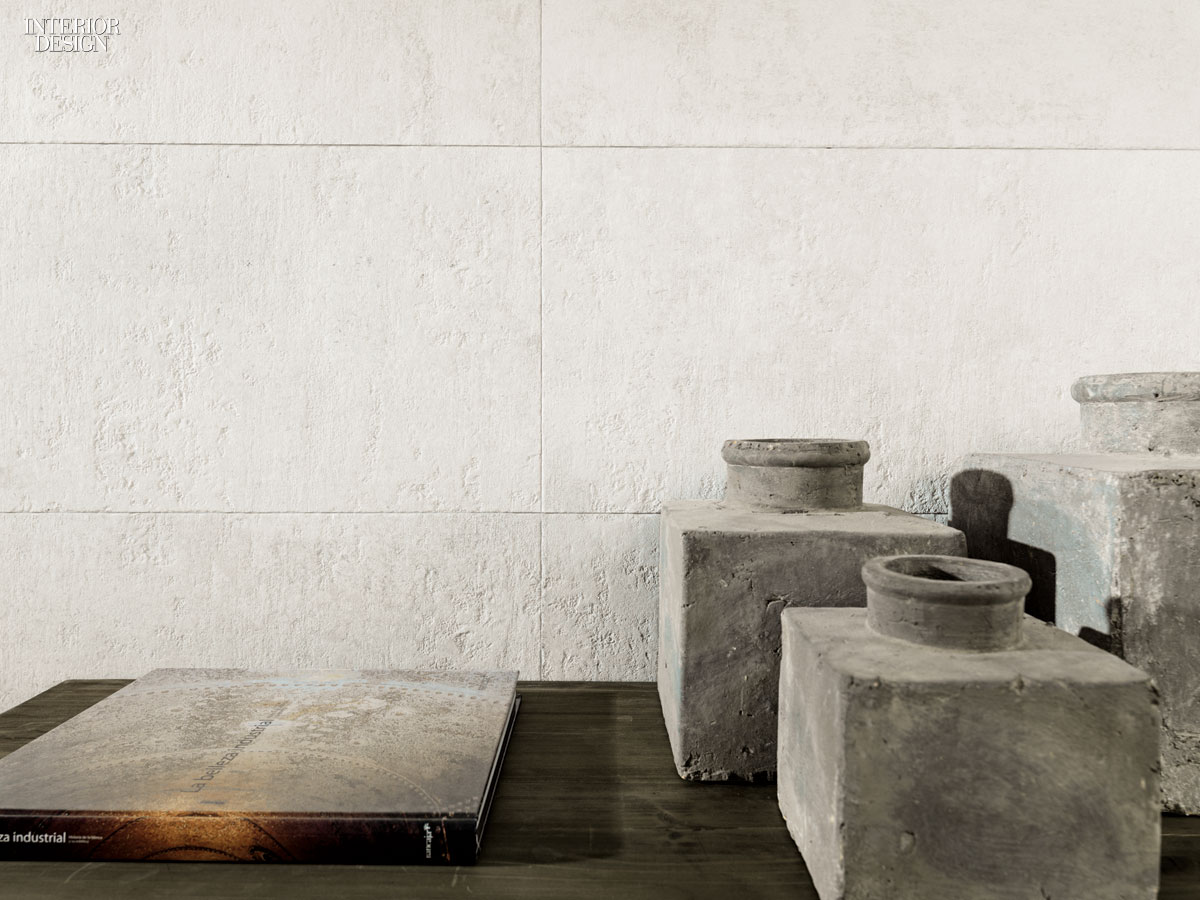 Sarah Jessica Parker and Richard Gere were among the 700 opening-night guests wowed by the New York flagship showroom of Porcelanosa. The manufacturer-distributor had engaged Foster + Partners for the makeover of an entire building, a seven-story, 18,000-square-foot landmark from 1918. Restoring the facade’s original terra-cotta tile, unblocking windows, and replacing worn timber floors with concrete were all part of the job. 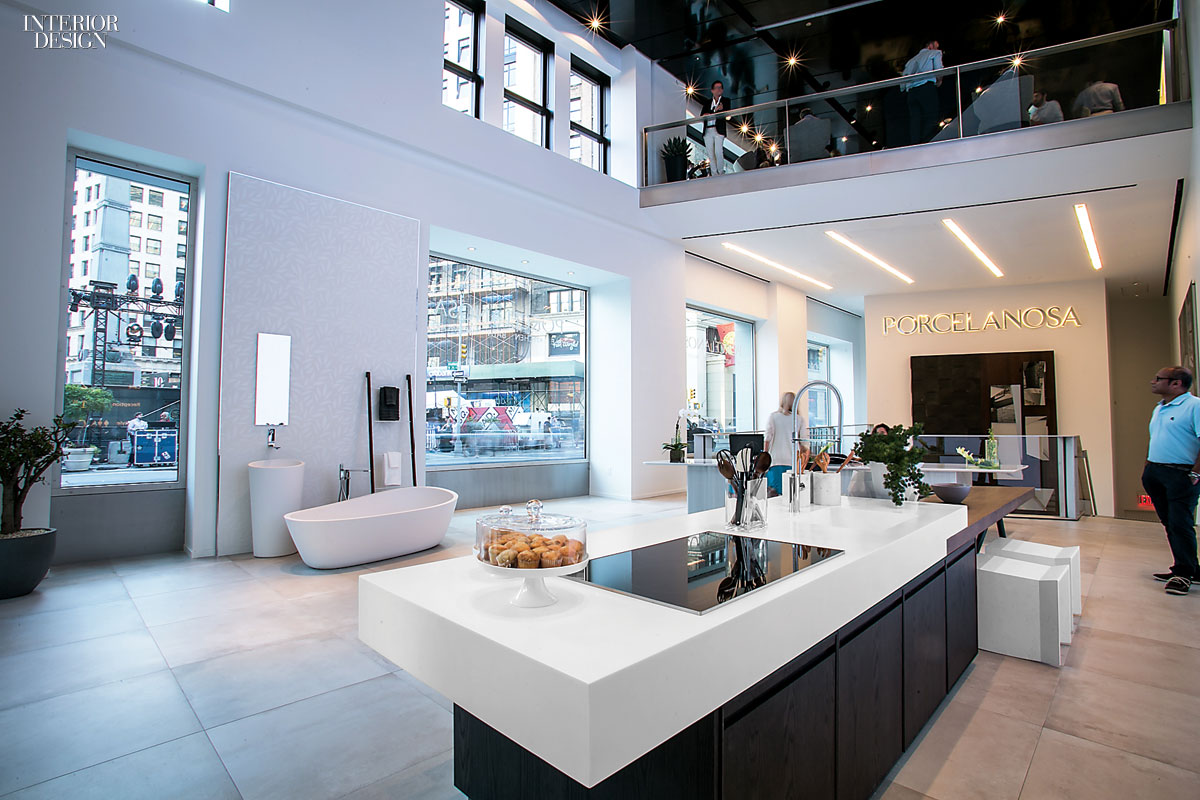 On the ground level, a marble-slab reception desk sits beneath a retractable ceiling in the manufacturer’s Krion solid-surfacing. Custom collections and recent introductions, such as Baltimore rectified porcelain tiles that mimic worn concrete, are showcased below ground. Upper levels offer a café-lounge, kitchen and bathroom vignettes, and an ensemble of offices and conference rooms, plus a materials library. High-tech touches are everywhere, from video walls that can create virtual rooms to the 26-foot-high LED screen projecting photos to passersby. 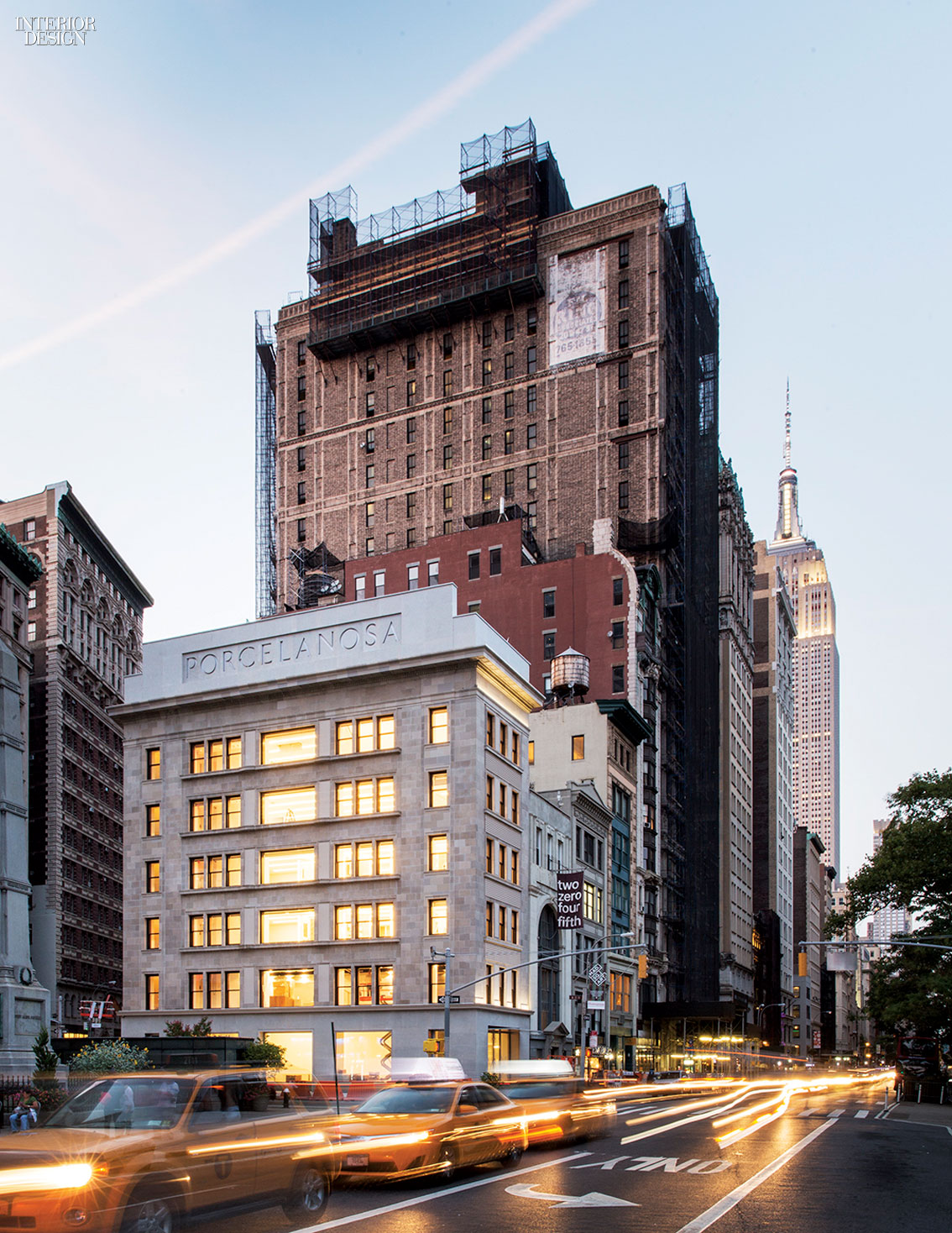 Porcelanosa’s flagship showroom in New York is a seven-story, 18,000 square-foot landmark from 1918. 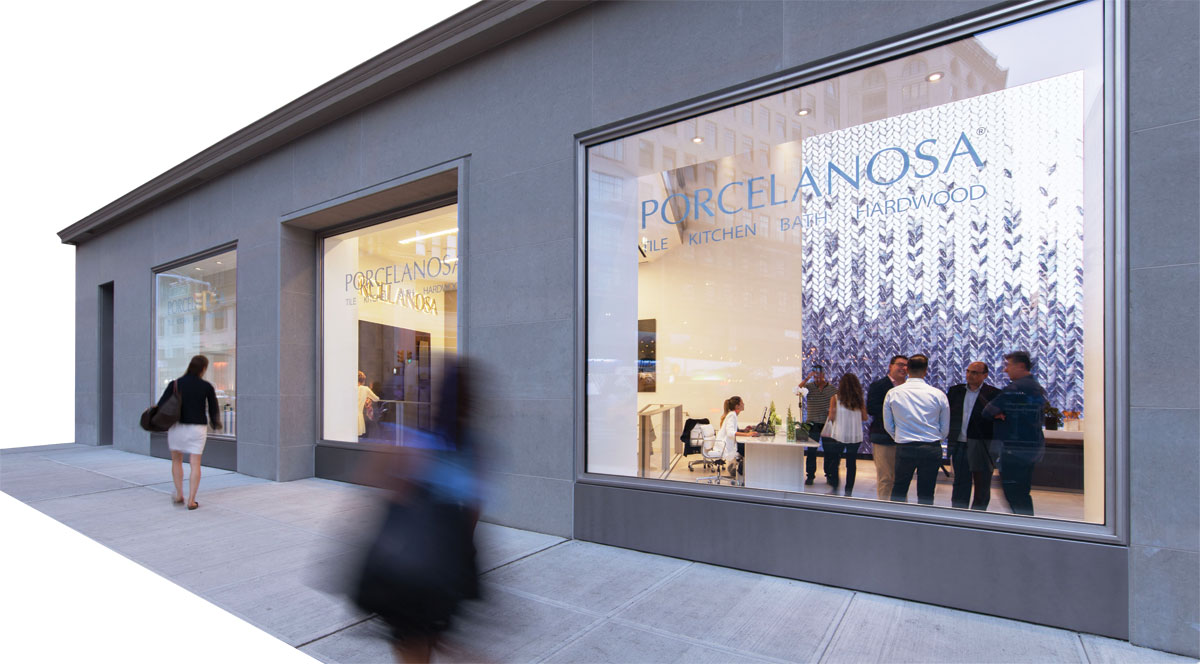