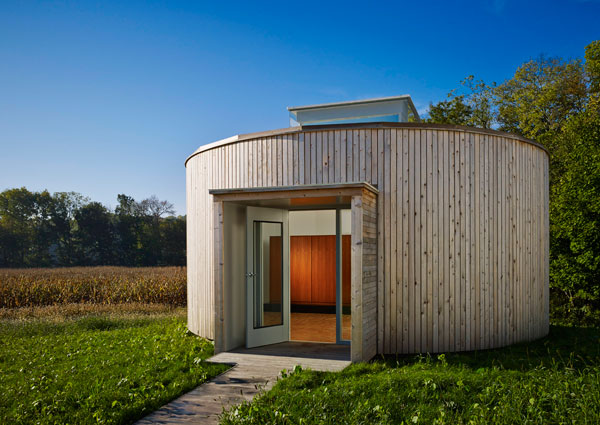 paid tribute to small firms and small projects at the AIA Small Projects Awards. A jury including Chris Cooper of

, selected winners and honorees from a number of entrees, all from firms with fewer than 9 architects. Entrees ranged from art installations and small commercial spaces to small or minimalist residences.


“When people talk about architecture, they often think of monumental structures like the pyramids and skyscrapers,” says Scott A. Rappe, AIA Chicago 2014 board of directors president. “But the buildings that touch us most personally are not heroic; they’re typically small. They are our homes and the buildings that line the streets in our neighborhoods. The AIA Chicago Small Project Awards program celebrates the excellent work of the small firms that design these buildings and recognize the outsize impact they have on our everyday lives.”

was awarded for a project titled “The Wave,” an art installation which doubles as a bench, a picnic table, a playground, and even a workspace for laptop users. Harbert Cottage, a reinvention of the classic American ranch house, gained recognition for

, with its simplistic and functional shape as well as its environmental responsiveness.

received an Honor Award for their project Two Barns, a temporary space which existed for only 6 hours, yet created eight distinct spaces for stage performances at a music festival. A boathouse known as the Ping Tom Park Boathouse, by

, was recognized for its use of color and detailing, which compliment the functionality of it’s different parts.


Special recognition went to students of IIT College of Architecture for their Barnsworth Exhibition Center in Plano, IL, and citations of merit were given to a number of other worthy contenders including Dirk Denison Architects for their Cell Table, and Longo Park Design Workshop for their Onward Reception Wall.


AIA Chicago has over 3,000 members working in the greater Chicago area. 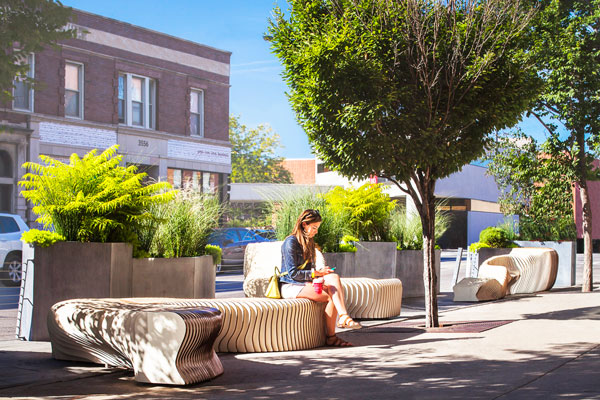 The Wave by dSPACE Studio. 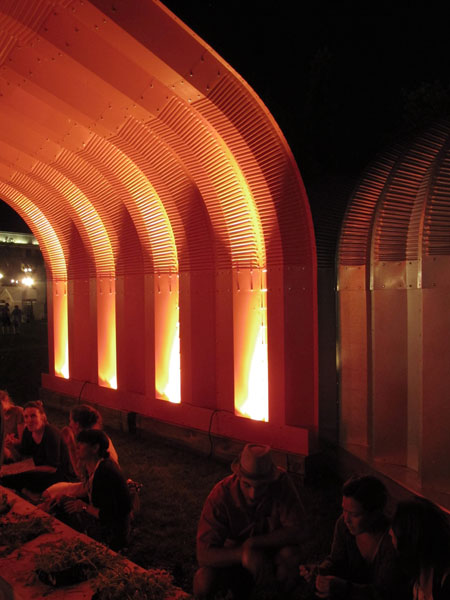