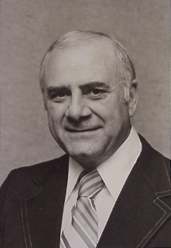 From 1952 until I retired as editor of

in 1983, I worked with Alberto on an almost daily basis. It is a wonder that, after years of such proximity, we did not get on each other’s nerves. Occasionally, I would chide him for being late with a layout. (It would be ready

.) He never lost his patience, though he might—in reaction to my prodding—turn to me and say something in Italian, which he spoke fluently. The word I remember him using most often was

, which in English roughly means stinker. We even shared a room for a week when we went to Italy on a tour of tile factories. Alberto did snore at times and was always up and about early in the morning, before I was ready to face the day.

His work as art director of

left a permanent mark on the magazine. His knowledge of type, fonts and layout was extraordinary. Everything that I know about producing a magazine, I learned from him.

Although Alberto loved his work, his family came first and foremost: his charming wife, Rachele; son, Alberto, who is a retired airline pilot, and daughter, Piva. Besides his family and a heavy workload, Alberto also found time for such hobbies as collecting toy trains; he had more than 1,000 pieces and created a private museum for them. He was actively involved in design education, teaching at the Cooper Union, Pratt Institute, the School of Visual Arts and Sarah Lawrence College. His lifelong devotion to the Boy Scouts led to his receiving the Scouts’ Silver Beaver award.

To say that he will be missed by me, his family and his many friends is an understatement. I shall think of him often and will always remember him with great affection.