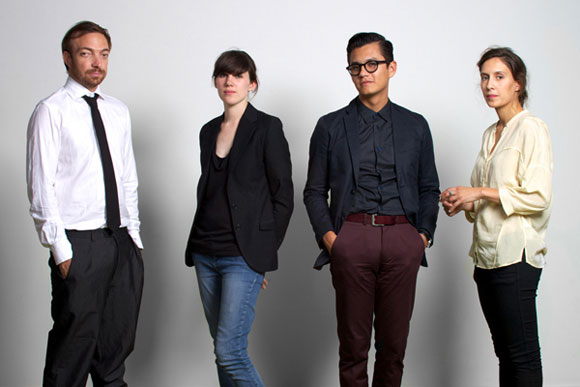 Preparations for the third

, held in Portugal every three years since 2007, recently began with the non-profit organization initiating its call for entries for

a three-part exhibition slated to open in September.

The goal of the Lisbon Architecture Triennale is to provide a platform for those that work beyond the more traditional client-architect relationship. Instead, it focuses on various interpretations of innovative spacial practice from around the world.

Led by chief curator Beatrice Galilee and curators José Esparza, Mariana Pestana and Liam Young, the Triennale is seeking entries that highlight all aspects of architectural ideas that might spark a dialogue about the current state of architecture and where it is headed.

With its various exhibitions, conferences, talks and fringe events, the team of curators hopes to portray architecture as a living, social and artistic force, charting cultural, political, scientific and aesthetic territories. By largely excluding built-form of architectural practice and focusing on alternatives, the Triennale is responding to a shifting economic and social climate in which traditional modes of architectural production are changing and where innovation is breeding fast.

“Close, Closer” will present three exhibitions, one public program, an e-publishing series, a student prize, a Début Award for young architects, and an established Lifetime Achievement Award. A number of small Crisis Buster grants will also be awarded and will be used to invest in long-term, civic and entrepreneurial projects for Lisbon.